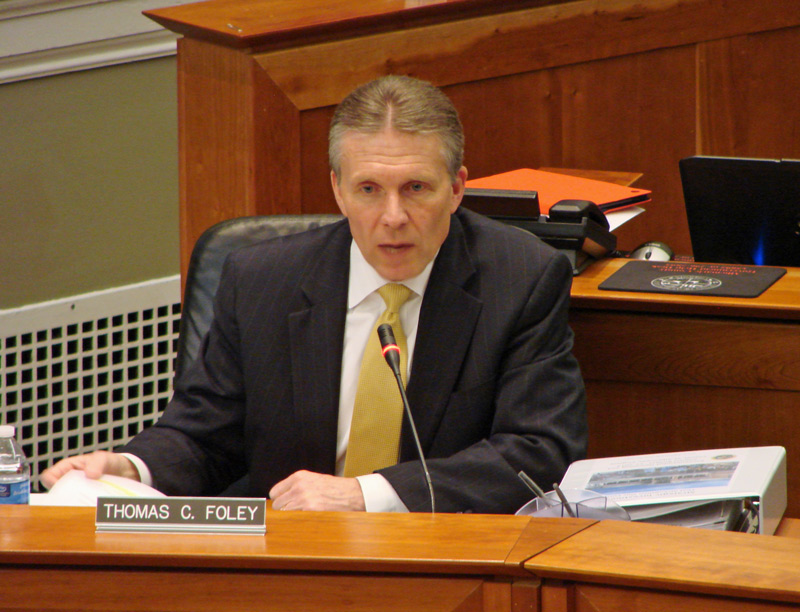 This fall, the Albemarle Board of Supervisors will not be asking for help from the General Assembly to reallocate about $3 million dollars from Charlottesville City Schools for the benefit of county schools.

Known as the Bell Amendment for its patron Del. Rob Bell (R-58), the bill would take the two communities’ 1982 revenue sharing agreement into account when calculating each locality’s ability to pay for schools. The budget amendment has failed before the General Assembly on three occasions.

At their meeting Wednesday, the Supervisors voted 5-1 to remove the amendment from its legislative priorities for the coming budget year, with Supervisor Kenneth C. Boyd voting to keep it.

“It’s a fairness issue,” Boyd said. “It’s not a true accounting of what we have and what they have.”

Supervisor Ann H. Mallek disagreed, calling the legislation a “poke in the eye.”

Supervisor and long-time School Board member Diantha McKeel argued that the amendment was bad for city-county relationships.

Adopted in 1982, the revenue sharing agreement is a perpetual contract between the City of Charlottesville and Albemarle County that prohibits annexation in exchange for yearly payments from the County to the City.

However, in 1987 the General Assembly placed a moratorium on annexation by cities which remains in effect. The revenue sharing deal persists primarily because it requires the mutual consent of both parties to change it.

Albemarle officials believe the state should take into account the fact it paid the city almost $17 million last year. The state’s funding formula for public schools is blind to that transfer, thus the county appears to have more revenues and the city less.

Wednesday also saw the Supervisors approve a set of one-year priorities that arose from the body’s June retreat.

The first education priority cites working with the school division to “identify potential improvements in funding strategies for K-12 and school readiness.” Part of that priority is to “examine the funding relationship between the Board [of Supervisors] and the School Board.”

Currently, the school division receives 60 percent of all new revenue, after a portion of new revenue is added to the Capital Improvement Plan.

The Board will also consider the formation of a “blue ribbon commission” to explore school funding models.

Faced with declining state revenues and a desire to maintain a consistent level of service, Charlottesville City Schools last August tapped 13 citizens to form the Blue Ribbon Commission on Sustainable School Funding. That group’s report offered both near- and long-term “action alternatives” that included both tax increases and operational changes.

“The assumption now is going to be that we actually have until next year to tackle this,” County Executive Tom Foley said, noting that he will be working with Superintendent Pam Moran to identify revenue sources. “That’s an example of something that we need to immediately start fleshing out and get back to you to get some clear direction on.”

Mallek said that before the idea is brought to the School Board the Supervisors need to determine if there are four votes to move forward with a blue ribbon committee.

During last year’s budget talks, the Board of Supervisors raised the real estate tax rate 3.3 cents, from 76.6 cents to 79.9 cents per $100 of assessed value. Within the tax hike, 0.9 cents was dedicated to the schools.

A major driver of that increase was a spike in state-mandated Virginia Retirement System contribution rates, which came with a cost to the schools of about $2.3 million.

Originally the school division’s budget included a School Board- and Board of Supervisor-mandated 2 percent raise for all County and Schools staff. An increase at that level would have cost the school division about $3.2 million, however they opted to reduce pay raises to 1 percent, which saved $1.1 million.

At an April 14 meeting, the Board of Supervisors also denied a School Board request for an infusion of one-time funds, citing a need for those funds to remain in the CIP and a lack of control over how one-time money would be spent as concerns.

Charged with providing K-12 education, not pre-K, and faced with a large deficit, the school division voted to cut from its budget about $290,000 that was earmarked to support the preschool program.

The Board of Supervisors agreed to absorb that cost for one year and begin talks with the School Board about identifying a more sustainable funding pattern for the schools.

The Supervisors and the School Board will have a joint meeting Tuesday, Aug. 26.