Supervisors agree to tweak cash proffer policy rather than rewrite it 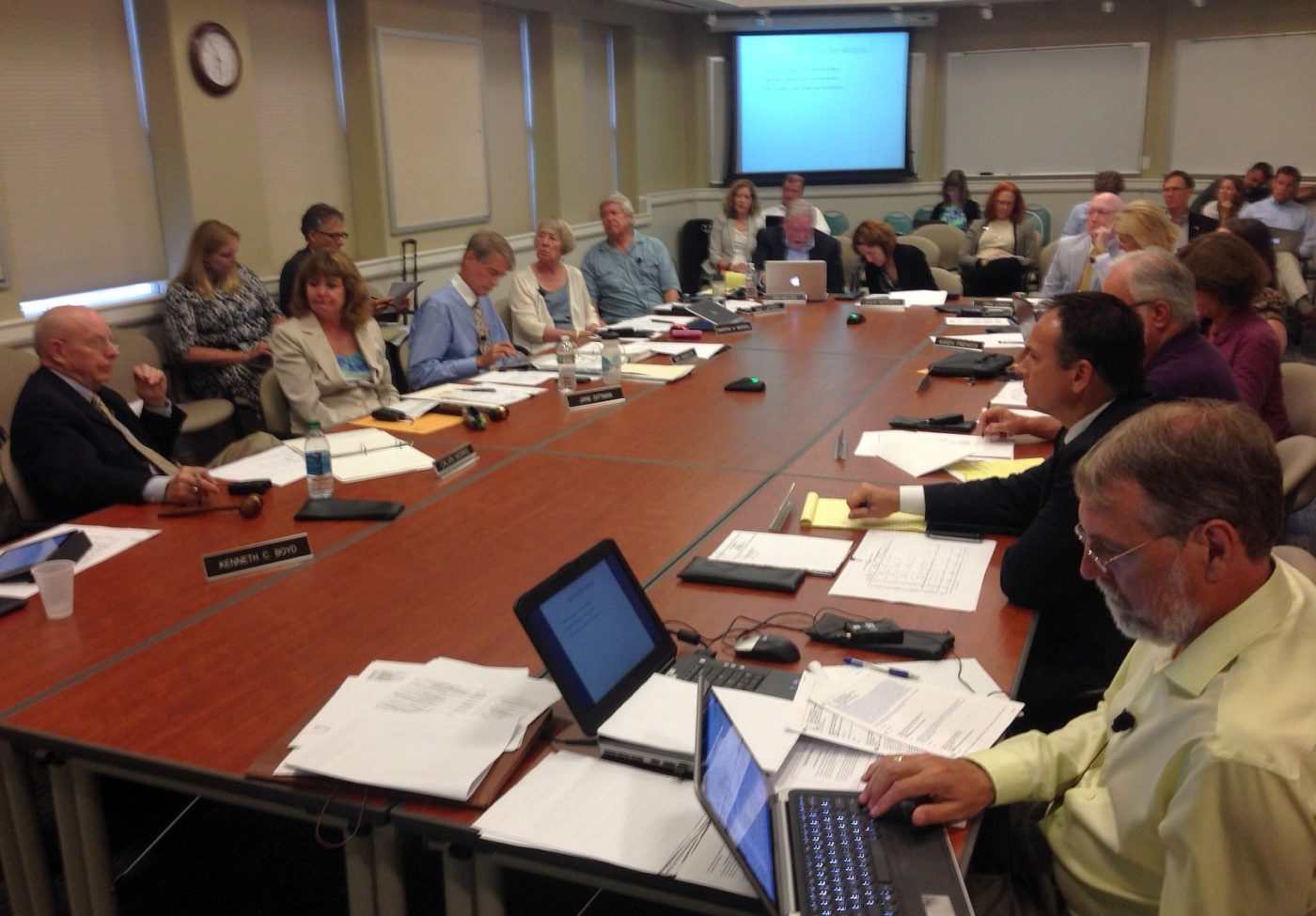 The Albemarle County Board of Supervisors has decided to modify the county’s cash proffer policy rather than pursue a radical rewrite.

Supervisors also directed the Fiscal Impact Advisory Committee to tweak the policy to help attain a new goal of giving developers an incentive to build in the growth area instead of in rural areas.

County planner Bill Fritz said the cash proffer policy was adopted in October 2007 to address the impacts from residential development that occurs. Developers currently pay $20,900 for each single-family unit that can be built as a result of supervisors granting a rezoning. The money goes toward paying for public facilities and services such as schools, transportation projects, parks, libraries and public safety.

Before 2007, contributions from developers were made on a case-by-case basis.

“The cash proffer policy addressed concerns of the development community and the county that that approach for developing acceptable proffers was too lengthy and created uncertainty for developers in their financial planning for projects,” Fritz said.

However, some in the development community have raised concerns that the current amount is too high and discourages dense development. They point to new neighborhoods, such as Dunlora Forest on East Rio Road, where owners opt to build by-right.

“We heard they didn’t want to go through the proffer process,” said Supervisor Kenneth C. Boyd at a joint meeting Tuesday with the county Planning Commission. “The developers are just going to pass the fee onto the person who buys the house.”

Before the work session, staff suggested that the board could either make changes to the existing policy or take a new approach. Fritz said no consensus emerged from a May 15 roundtable.

“Some who commented at the roundtable believe the current policy should be eliminated and replaced with either a case-by-case evaluation of a proposed rezoning’s impacts, without the guidance of a cash proffer policy, or alternative funding approaches, such as increasing the real estate property tax rate,” Fritz said.

Other communities in Virginia have opted to lower their proffers, whereas Hanover County eliminated them all together in November 2012. Hanover leaders later reinstated the system at a much lower rate.

Albemarle staff recommended making minor changes to the county’s policy at this time to evaluate whether decisions such as Dunlora Forest were made because of county policy or because of the economy.

“We’re just coming out of a very severe recession and we don’t really understand how the market is adjusting to this yet,” said Mark Graham, the county’s community development director.

Planning Commissioner Richard Randolph said his reason to amend the policy would not be to make it more affordable for developers to start new projects. Rather, he has his eye on the county’s bottom line.

“Currently we generate about $2 million a year that is fed by cash proffers into the capital improvement program,” Randolph said. “The real central question is how to help growth cover the higher costs of infrastructure.”

Since 2007, developers have pledged $46.1 million towards infrastructure needs, but the county has only collected $7.3 million of that amount because many approved developments have yet to be completed.

Albemarle’s entire capital budget, the projects proffers are intended to pay for, totals about $180 million over the next five years.

Supervisor Liz Palmer said she wanted to discuss what goals the proffer policy is meant to accomplish.

“Is our goal to pay for capital projects?” Palmer asked. “Is growth management a goal of our proffer policy?”

Palmer referred to the county’s Comprehensive Plan, which places 5 percent of Albemarle’s 726 square miles into a development area. Growth and construction is discouraged in the remaining rural area.

Supervisor Ann H. Mallek was elected one month after the county adopted the current policy. She said the board decided to revisit the policy last year because the county had begun to accept credits, such as subtracting the number of units that could be developed on the property by-right.

“This was done to the discomfort of some who thought we were eviscerating the policy,” she said.

Mallek said she wanted to see if there was a way to alter the policy to reduce the cash proffer for landowners who choose redevelopment and need a rezoning for higher density.

The Fiscal Impact Advisory Committee, a 10-member appointed body that analyzes the effects development has on county services, will report back to the commission and supervisors later this year.

“I do think we’re on the right track but I just hope this is not setting that particular committee in a direction where they have no desire to go,” said Cal Morris, chairman of the planning commission.