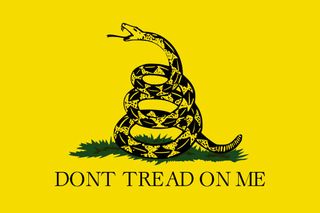 When it comes to energy efficiency, “green” buildings and climate change, the Jefferson Area Tea Party wants area residents to think carefully about decisions being made by local government.

At a community forum being held today, the party has invited two speakers to share information about an international “sustainability agenda” they say Albemarle County, the city of Charlottesville and the University of Virginia are all pursuing.

“We want people to learn, then go off and study this on their own,” said Carole Thorpe, chairwoman of the Jefferson Area Tea Party . “We want to bring to the community’s attention what might be influencing local government.”

Both speakers have written that they are concerned that a 1992 action plan backed by the United Nations — one that promotes sustainable development — is being embraced by local governments.

Battig, a Free Union resident and retired anesthesiologist, has lobbied the Albemarle Board of Supervisors to withdraw its $1,200 annual membership in the organization known as ICLEI — Local Governments for Sustainability .

“ICLEI participated in forming Agenda 21 , the United Nations agenda for the 21st century, and basically it elevates sustainability, as they define it, as the new governing criteria for all actions, of all governments, all over,” Battig said in an interview. “ICLEI is within our local government and it brings their baggage and their dogma with it.”

As a “Cool County,” Albemarle has set a goal of reducing carbon emissions by 80 percent by 2050, an average annual reduction of 2 percent. At a budget work session last week, Albemarle staff said they use ICLEI to network with other member communities, obtain software and receive technical support on the maintenance of an inventory of local greenhouse gas emissions.

At the work session, Supervisor Kenneth C. Boyd called for a withdrawal from ICLEI, citing potential directives Albemarle might have to take from an international organization.

“I see ICLEI as being … a way to get local governments to start forcing people into making energy decisions, and I don’t think that’s something we should be doing,” Boyd said. “Our literature … incorporates some things [from ICLEI] that says what we’ve got to do is force our public to be efficient.”

Supervisor Dennis S. Rooker said that by focusing on an energy efficiency agenda in government buildings, the county had already recognized savings of about $600,000 in reduced utilities.

“Whether you believe in global warming or not, energy efficiency is smart from a dollar and cents standpoint; reducing pollution is smart from the standpoint of protecting the health of our citizens … to me those things are pretty wise to focus on,” Rooker said.

Boyd said he supports energy savings, but that he doesn’t accept the rest of the ICLEI agenda and that he regretted voting in favor of the initiative in 2007.

“I misunderstood what the Cool Counties resolution was. … I thought we were only talking about our own internal government uses and reductions of greenhouse gases,” Boyd said. “[Had I realized] we were talking about the community as a whole, I wouldn’t have voted for it.”

Boyd was the only supervisor to express strong opposition to ICLEI and the $1,200 membership remains in the county’s proposed budget for next fiscal year.

Battig says he is disappointed Boyd didn’t have more support, but he said that the ICLEI dues are more of a symbolic issue and an educational lesson about local government and good intentions gone awry.

“ICLEI is really not the issue at this point … it’s what has been set in motion,” Battig said. “We are heading down this road, do we want to fall off the cliff?”

Battig says a bigger concern is a three-year $999,000 federal grant received by the Thomas Jefferson Planning District Commission and the Metropolitan Planning Organization to develop a regional sustainability implementation plan for the city, county and the University of Virginia.

“It’s going to happen because they’ve got the money, but the Board of Supervisors needs to be under pressure from the general public,” Battig said. “We’ll go along with saving money where we can, but we’re not ready to have an unelected group tell us how much food we can eat, how many miles we can drive and what the thermostat setting should be in my house.”

Stephen Williams , the TJPDC’s executive director, said the term “sustainability” has a lot of different meanings to people, “most of which are not favorable.” He said the grant will not bring to the community a United Nations agenda.

“We are trying to accomplish some goals I think the Tea Party would want to line up behind,” Williams said. “We are trying to … look at and agree upon a specific set of strategies to improve the region and then try and coordinate the activities and policies so we can accomplish things to benefit the people in the region.”

“We have no intention to dictate to people what they can do with their land, or to place any new requirements on them,” he added. “We are not in the business of telling people what to do. We are asking what can be done on a voluntary basis to increase sustainability in the region. We are looking for ways to educate people and incentivize them to make changes.”

The Tea Party’s Thorpe says she wants to “be a good steward and take care of the things that we have.”

“We want to keep nature in balance with the construction we do. The question is, is there something more involved? That is what we will be exploring at the forum,” Thorpe said.

The event is open to the public and is being held in Lane Auditorium at the Albemarle County Office Building on McIntire Road at 7 tonight.