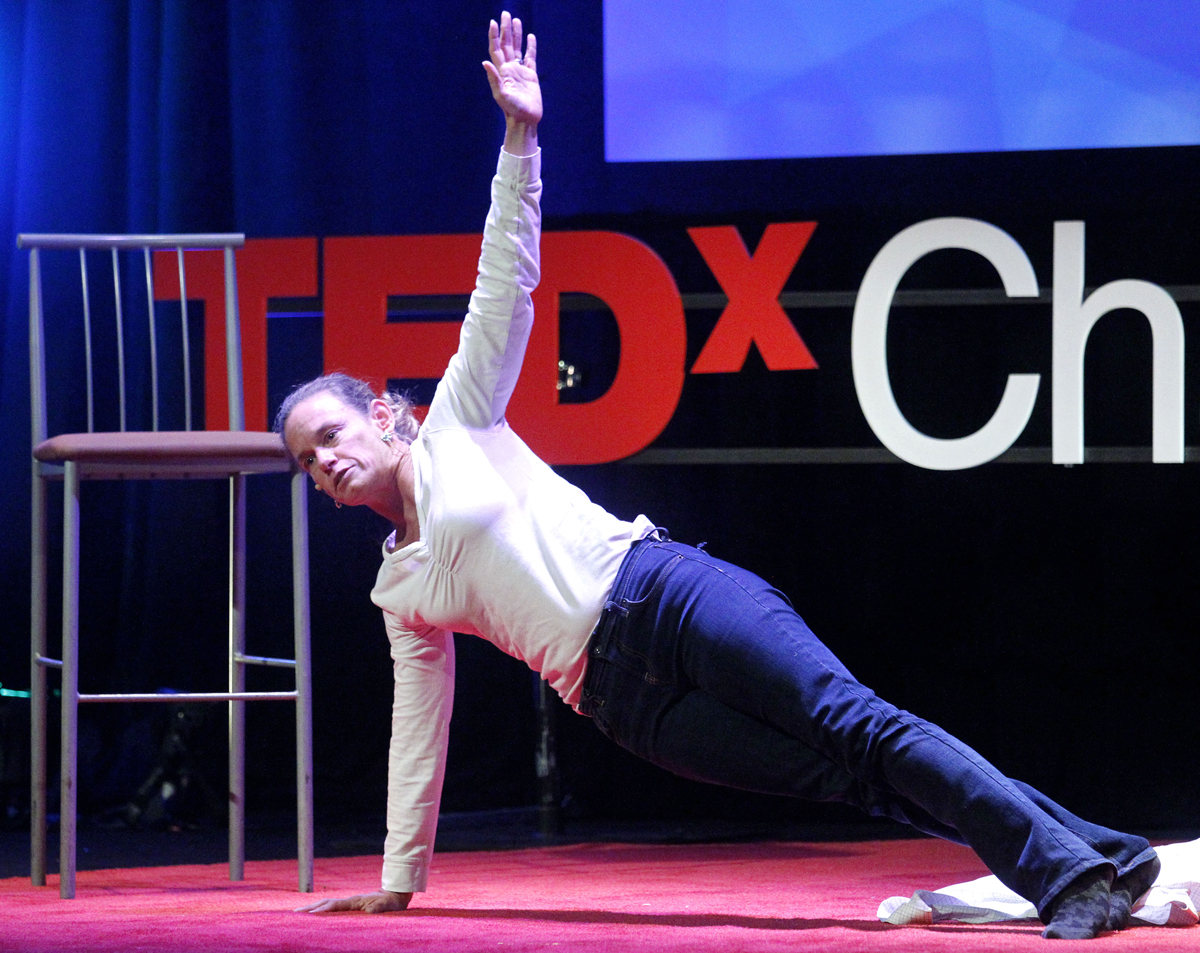 In a little more than a month, Charlottesville’s Paramount Theater will be packed with people and overflowing with ideas. But before the final line-up of speakers is decided, there’s a friendly little competition called open-mic night.

Twenty-four aspiring talkers hit the stage of the Jefferson Theater on Monday to vie for a spot at November’s TEDx Charlottesville event, an independently organized series of TED talks. Each had up to 4 minutes to make an impression on the voters in the audience.

“Out of 24 people tonight, some of them are going to change the world with their ideas,” said Richard Averitt, a member of the TEDx steering committee.

TED talks (Technology, Entertainment, Design) highlight leading thinkers sharing an idea over the course of 4 to 18 minutes. The national TED conference began in 1984, and Charlottesville is holding its second local showcase Nov. 14.

“It’s about looking back and reflecting on things in the past, but it’s also about immediacy — like light reflecting and bouncing back,” said Averitt. “This is about taking ideas, having you interpret them and deciding what you want to do with it in the future.”

The topics addressed by the open-mic competitors included the arts, education, medicine and inspiration.

Kim Wilkens, a computer science instructor and founder of Tech-Girls, works in the community to get more women engaged in science, technology, engineering and math. Her TEDx talk encouraged audience members to find their “inner coder.”

“We all may need to be coders and we may not know it,” Wilkens said. “I want to transform technology users into creators, collaborators and activists. We all need to participate in how technology impacts our lives and culture.”

An engineer with Norfolk Southern sought to address one’s proclivity to being lazy.

“It’s about how we take the easy way out, we label and compartmentalize people,” said Sabrina Butcher, whose talk was entitled, “You are Lazy.” “I am going to challenge some of our childhood programming and see if we can think differently.”

Butcher said the open-mic night talk was “totally unrelated” to her day job.

“It’s part of my journey to live a wholehearted life — it’s my story,” Butcher said of her participation in TEDx.

John Herr, a professor of cell biology and urology at the University of Virginia, used his talk to share a new insight into the “fundamental nature of cancer” and the way he hopes it will be treated differently in the future.

His research has identified the SAS1b protein which is made only in human eggs and appears at a very specific stage of development.

“Cancers from many different sources revert and take on characteristics of the mother cell,” said Herr. “[The SAS1b protein is] not found anywhere else in the body except on the surface of tumor cells. We can target this protein to kill cancer cells while not harming any other cells in the body.”

Herr said the protein is present in patients with many different types of cancers and in very high percentages of those patients. He’s also part of a new Charlottesville-based company called Neoantigenics which is “totally focused on the concept that cancer is reverting back to the egg” and on the use of antibody-targeted therapies.

“We can end the adverse side effects of chemotherapy on healthy cells,” Herr added.

Joni Lane spoke about a different type of healing – healing of the built environment.

A childhood experience with mold in her home ultimately led Lane to study interior design and sustainable building practices. Lane’s talk focused on building with hempcrete — building blocks of hemp fibers and a lime-based binder.

Lane called on the audience to “lead with their values and build accordingly.”

“Hemprete is the most environmentally friendly building material,” Lane said. “Hemprete walls can also be returned back to the earth at the end of their lifecycle.”

The audience favorite who earned a spot at the TEDx event was Jim Harshaw the evening’s last contestant whose talk was entitled “Why I teach my children to fail.”

Harshaw, the assistant director of the Virginia Athletics Foundation and a former member of UVa’s wrestling team, left the audience wanting more, something only a longer TEDx talk will help ensure.

“Just teaching our children to fail and about failure is not enough,” Harshaw said.  “We also have to give them the skills to turn that failure into fearlessness.”

“I want to give you that skill…that skill that all successful people know and apply,” Harshaw teased the audience as the clock neared the four minute mark. “The skill will change your life and its going to help you become the person that you’ve always known that you could be. I want to share that with you tonight, but I am out of time.”

Asked about his favorite TED talk, Averitt said it was too hard to pick one. Among his recent favorites, he recommended Brene Brown’s talk about the power of vulnerability.

“It gives me chills just thinking about it,” Averitt said.

TEDx Charlottesville’s organizers said a limited number of tickets remain for the event which will be held at the Paramount Theater Nov. 14. More information is available online at www.tedxcharlottesville.com. 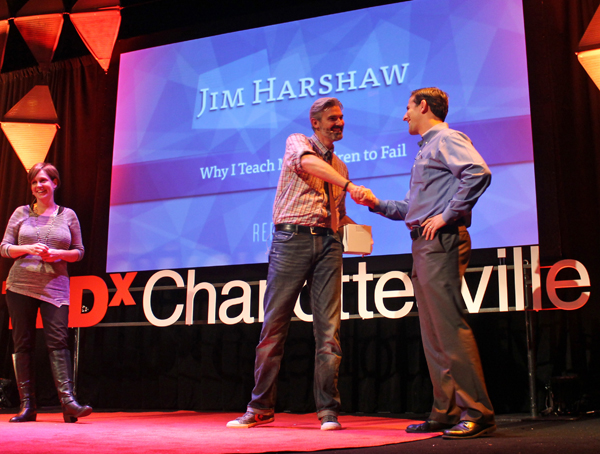