The 6 things you need to know about rezoning in Charlottesville 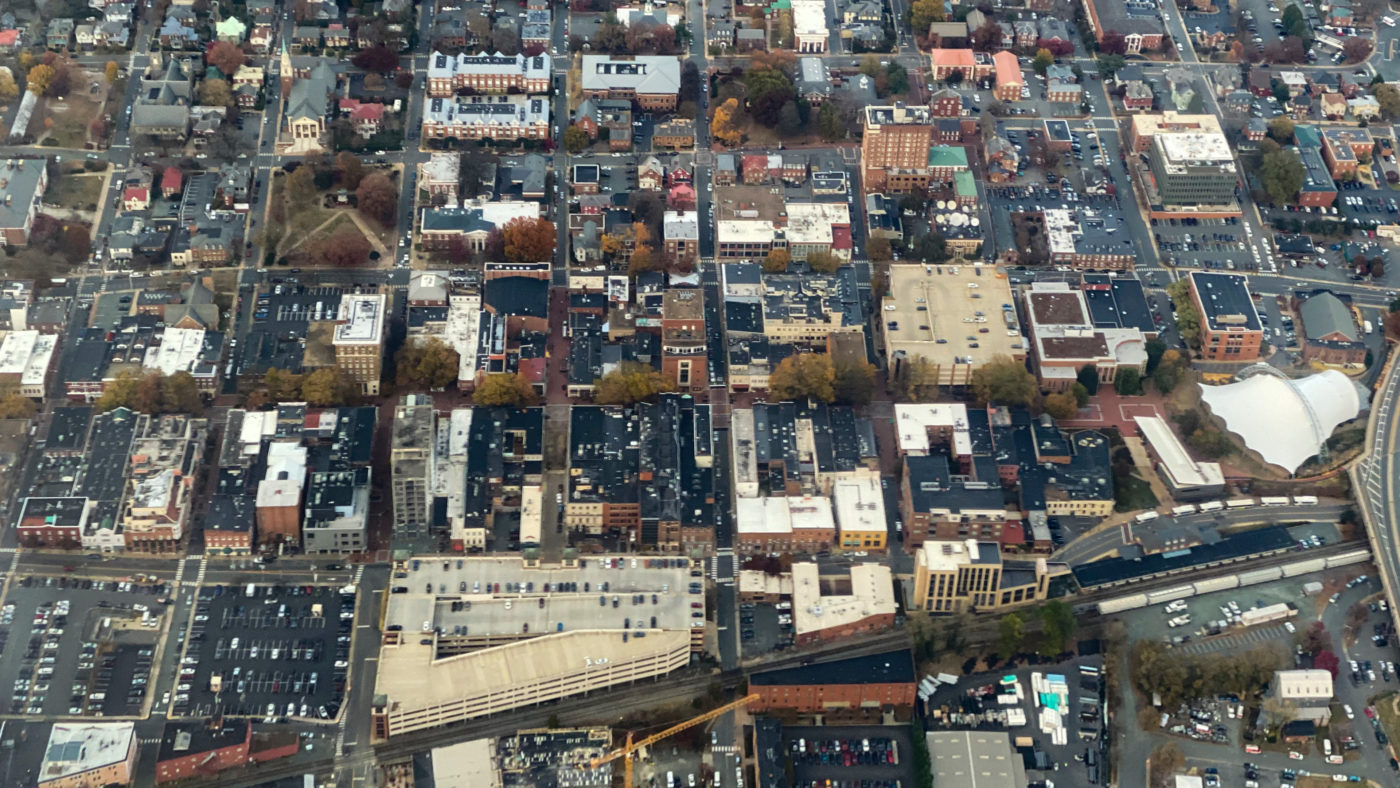 Wondering what all this rezoning talk actually means for the City of Charlottesville? Charlottesville Tomorrow reporter Erin O’Hare recently sat in on an episode of WTJU’s Soundboard, where she answered some frequently asked questions. (And acknowledged that not every question can be answered just yet — she does not, alas, have a crystal ball.)

What is a rezoning process?

Before we define rezoning, it’s helpful to define zoning.

Zoning is a body of rules and regulations (a code) that say what can or cannot be built on a piece of land. All kinds of things are taken into consideration in zoning regulations: How busy are nearby roads? How big is this property? Is this property on a hill? Is it in a floodplain? And those are just a few examples — many different considerations go into a zoning code.

Therefore “rezoning” is a revision, a rewriting, of those regulations. Charlottesville is currently in the process of rezoning the whole city — it’s a big project.

What does zoning currently look like in Charlottesville, and what could possibly change once the rezoning is complete?

The vast majority of the city is zoned as “residential,” and “low-density residential” at that. In those areas, the only new housing allowed to be built are single-family houses and the occasional duplex.

Other land use categories include “commercial,” “industrial” and “mixed-use,” and each of those also has its own subcategories. These subcategories will change in the new zoning ordinance. We don’t yet know exactly how, but we have an idea because of the Future Land Use Map.

What is the Future Land Use Map? What is its role in the rezoning process?

The Future Land Use Map, or the FLUM (the “floom” or the “flumm,” depending on who you talk to) is a map that’s included in the comprehensive plan, which the city council adopted in November.

The FLUM serves as a guide for the rezoning process.

It can be difficult to visualize so it might help to think of it like an Impressionist painting. Take Van Gogh’s sunflowers: The FLUM is like viewing the painting from across the room, where it looks like yellow sunflowers in a vase. Take a couple of steps toward the painting and the sunflowers are made up of individual petals. That’s like the land use categories. Go even closer to see that each petal is made up of different brush strokes and different colors — that’s like the zoning code. It’s a very close look, parcel by parcel, of what could happen where.

The FLUM suggests what could be possible, and the more detailed zoning code will say what’s feasible. Is it possible to build an apartment building in a floodplain? Sure. Is it feasible? Probably not.

What does the FLUM suggest about housing?

But how many units can actually be built on a specific parcel of land will be determined by the zoning code. A small parcel of land in the “high intensity residential” category might be zoned for up to 4 units, rather than 13, because 13 units may not be feasible on that lot.

It’s not just zoning that determines what is built and how much it costs, though. The housing market ultimately affects the cost of housing; the market dictates new construction or renovation prices, which would affect things like rental prices and mortgage rates. While officials and many city residents hope that the rezoning process will bring about more density and more affordable places to live, there is no guarantee.

Can residents get involved in the rezoning process?

Yes! People are encouraged to get involved because residents are the experts on their neighborhoods. People who lived in the city and had to move out because they couldn’t afford it are also encouraged to share their thoughts, opinions and experiences.

The Cville Plans Together team includes Neighborhood Development Services, expert consultants who advised on the comprehensive plan, as well as members of the city Planning Commission, City Council and various community leaders. They can be reached via email at engage AT cvilleplanstogether.com. Neighborhood Development Services director James Freas also wants people to know that he can be reached directly at freasj AT charlottesville.gov, or by phone at 434-907-3182. He told Charlottesville Tomorrow that the city will release a report on the draft ordinance some time in April.

Once the report comes out, there will be virtual meetings and pop-up events where people can ask questions and offer advice on their own block. Information on any upcoming community engagement sessions is available at cvilleplanstogether.com.

When will this long process finally be complete?

Though more than five years of work has gone into preparing the city for this project, the rezoning process itself is expected to take about a year, maybe a little longer depending on what officials hear from the community.

Want to know more about the process of rezoning? It’s a massive job — here’s more about how it’s done.

Want to keep up with news about Charlottesville’s rezoning process? Sign up for the free Charlottesville Tomorrow newsletter. And Albemarle County residents, you’re next. The county has just recently begun its comprehensive plan update and will be taking a look at its zoning code in the not too distant future.

Hear the full interview on Soundboard and subscribe to the podcast — it’s a news talk show about Charlottesville!