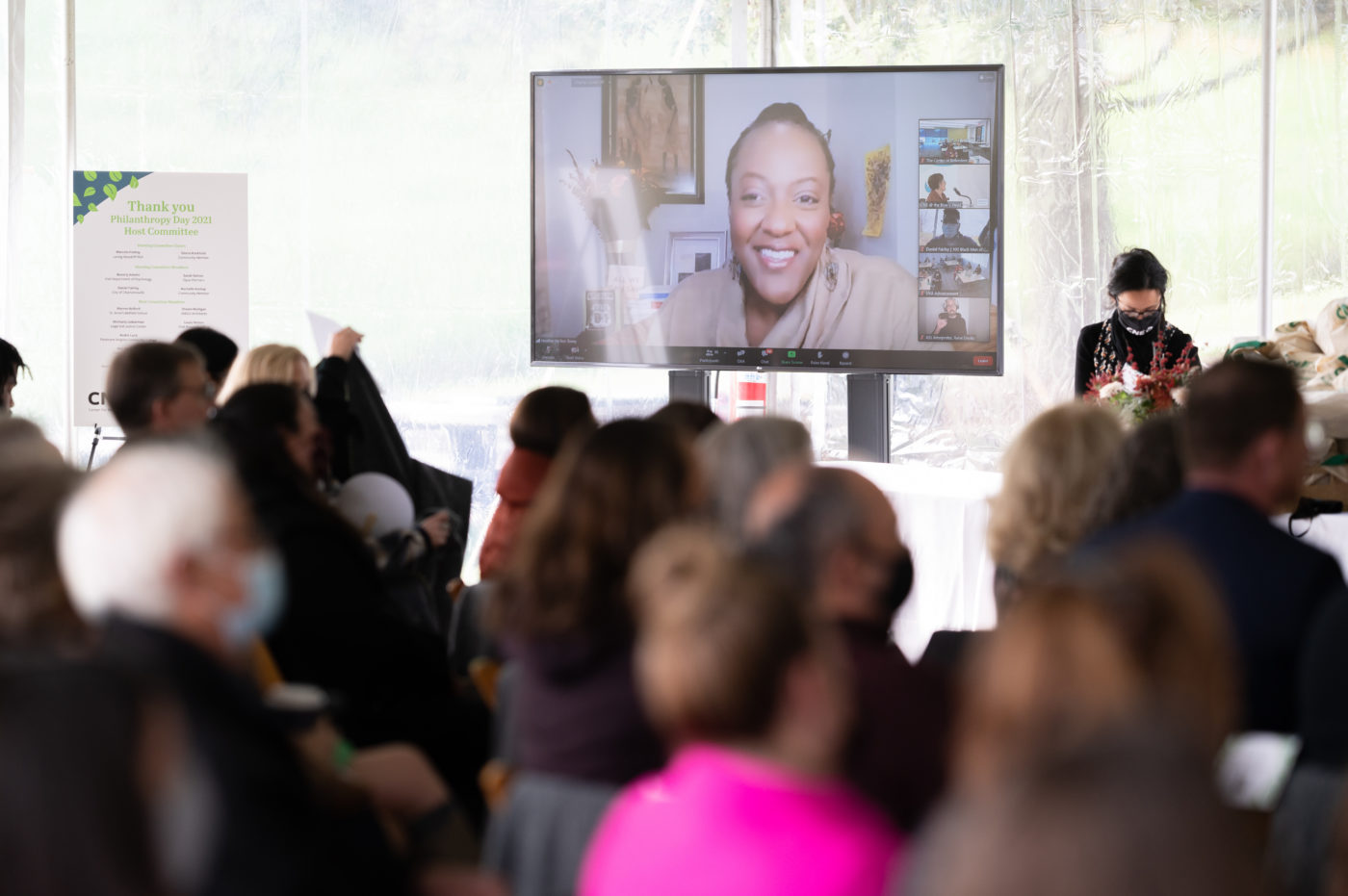 More than 100 guests and organizations gathered at the Boar’s Head Resort in Charlottesville on Tuesday to celebrate efforts against climate change and spur inspiration for further action as part of the seminar. This year’s event focused on environmental action and climate justice.

Additional attendees virtually tuned into the event from one of three watch parties or from their homes.

Grey McLean, founder of the Community Climate Collaborative (or C3), presented a video highlighting the organization’s efforts within the city in fighting climate change. The video featured words from Charlottesville area activists, such as Cultivate Charlottesville Executive Director Richard Morris and Gudrun Campbell, a 14-year-old climate activist who organized a number of protests in Charlottesville.

The video touched on one of C3’s biggest campaigns — fighting inequality in Charlottesville through public transportation and food.

“When we talk about climate action, there’s also another way in addition to the great work of these organizations, and that’s the look at climate through the lens of local community issues,” McLean said.

McTeer Toney took the podium virtually from her home in Oxford, Miss. McTeer Toney was the youngest and first Black woman to be elected mayor in Greenville, Miss. She would later be appointed by President Barack Obama as the Regional Administrator of the Environmental Protection Agency’s Southeast Region.

McTeer Toney recently attended the 26th Conference of the Parties, COP26, in Glasgow, United Kingdom. National leaders and activists from all over the globe gathered together to discuss plans of actions toward limiting global warming and come to a consensus on the Glasgow Climate Pact, an agreement to cut carbon emissions by 45 percent by 2030.

“We have to connect to one another very deeply and authentically, in order to really see solutions that we know can be efficient when it comes to climate action,” McTeer Toney said.

After McTeer Toney’s address, the floor was opened for questions from the audience. It was moderated by Andrea Douglas, executive director of Jefferson School African American Heritage Center.

Leaders now have all the tools and information needed to make a change, McTeer Toney said, and now it’s time to act.

The recently passed $1.2 trillion infrastructure presents as an opportunity to aid efforts in combating climate change, but it’s not going to solve all the problems, McTeer Toney said.

“The way we leverage his money is looking at spaces where we can use climate action and where we can intercept issues,” McTeer Toney said.

McTeer Toney pressed on the need to alter the language of climate change to all members of the community. Those in marginalized communities are most impacted by climate change

“Getting to the space where we are cleaning our air and talking about how our planet is going to survive equates to having a better job and equates to creating space for people in our community,” McTeer Toney said.