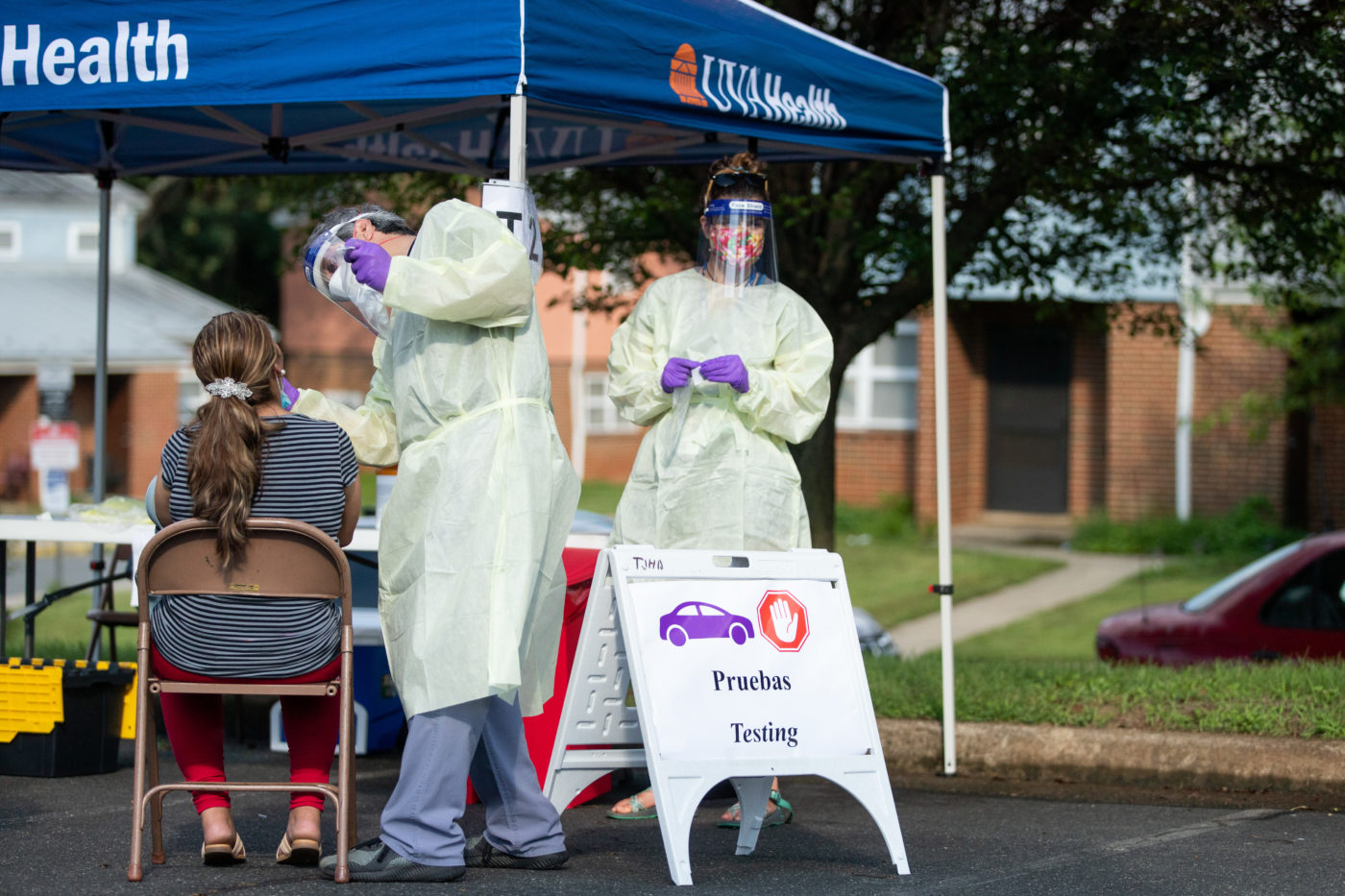 Local cases of COVID-19 are now so high that the health district said it’s unable to complete contact tracing for all positive cases — and it’s struggling to keep up with the burgeoning demand for tests.

The Blue Ridge Health District announced on Friday that its investigators may be unable to contact “every positive individual for contact tracing.”

“We are prioritizing cases who may be at greater risk of exposure, are not eligible to receive the vaccine, or may expose a larger number of people,” the district said in a statement. “This includes students and children in pre-k through 12, UVA students, and individuals in congregate care living facilities.”

Also on Friday, the district announced it was adding testing events across the health district in an effort to accomodate the quickly growing demand. The University of Virginia has also increased its testing efforts, and the Virginia Department of Health is independently hosting multiple testing events.

The number of people seeking tests in the health district tends to be well above 1,000 people each day. The district includes Charlottesville and the counties of Albemarle, Nelson, Greene, Fluvanna and Louisa. Over the summer, it was below 500.

The rapidly spreading Delta variant of the virus is to blame for this surge in cases, health officials say. Viruses mutate, and the Delta variant is one of many mutations of the SARS-CoV-2 virus that causes the COVID-19 illness. But, it is far more contagious than the original virus. As a result, it’s far more prevalent than SARS-CoV-2.

“The current trend of increasing cases started after the Fourth of July weekend and accelerated before the school year began,” Aaron Silverman, a public health investigator for Blue Ridge Health District, said in an email Friday.

“We have learned from investigating cases in our health district that most transmission — from July 4th to today — has occurred mostly within households and from social gatherings (e.g. weddings, funerals, birthday parties), but also daycares and summer camps. When we congregate in settings that bring us into close, frequent, and unstructured contact with others, the Delta variant — which is at least twice as contagious as the coronavirus that was predominant this time last year — has many opportunities to spread.”