The path to net zero

Our Regional Resource pages contain information on ongoing coverage in a specific area in one of our coverage topics. These pages do not have publication dates because they will be updated often.

The future may not mean the flying cars of science fiction, but it could mean more electric vehicles; robust public transportation and urban planning with bike/pedestrian thoroughfares; and a greener energy grid overall.

With Gov. Ralph Northam having outlined a goal for a statewide greenhouse gas reduction of 30% by 2030 and to reach net zero by 2050, the Charlottesville area has its own role to play in that.

As the city of Charlottesville and Albemarle County have set greenhouse gas emission goals for 2030 and 2050, the work to achieve them is incrementally underway.

With turnover in local and state elected seats every few years, these goals need blueprints and guidance for future administrations to carry them out. As such, the city and county are in various stages of developing their climate action plans, while local stakeholders ponder their roles in helping to achieve the goals.

In the midst of a pandemic that has disproportionately affected communities of color, as well as those with underlying health conditions and low-income individuals, extreme temperatures can exacerbate acute health conditions — and urban planning over time has played a role in what areas are the hottest in a community. … [Read More].

The Atlantic Coast Pipeline project, which would have cut through land in adjacent counties, might be scrapped, but the city of Charlottesville still has its own gas utility. With environmental legislation passing the General Assembly this year, Virginia’s energy grid stands to get even greener. Meanwhile, the city’s local utility plans to explore ways to offset the carbon emissions involved in the use of natural gas. … [Read More].

It takes a village to raise solar panels.

The benefits of renewable energy from solar can be cost effective and contribute to economic development. It also aligns with state climate goals and recently passed legislation, but it takes a team from planning and paperwork to installation and coordination.

To help with that, the University of Virginia Weldon Cooper Center for Public Service has partnered with the state’s Department of Mines, Minerals, and Energy (DMME) to host an advisory program, SolSmart, aimed to help local governments implement and embrace solar energy. …[Read More].

Building a better environment: construction’s impact on climate and equity

Outside of transportation, buildings are one of the top sources of emissions due to the power they use for heating, cooling, lighting and appliances. Structures that draw energy from renewable sources like solar and wind can be a win for climate resiliency, but that is not the only way for a building to have a positive impact towards net zero. … [Read More]

Fuel-switching? What you need to know about electric vehicles

Despite concerns, EVs can travel much farther than the average daily driver travels before needing to be recharged. With no oil changes or tune-ups, they’re cheaper in maintenance, too. But the up-front costs can be prohibitive to lower-income individuals who may wish their own car ran gas-free. Generation180’s communications director, Nate McFarland, said that the top three barriers to owning an EV are up-front costs to purchase, charging infrastructure, and range anxiety.

“These are perceived barriers, but some are more real than others. Most people don’t realize that 80% of charging happens at home right now, so we’re talking about that 20% of the time,” McFarland said. “A lot of folks are picturing themselves filling up at gas stations, and it’s like ‘well, where am I going to fill up?’ and the answer’s at home, kind of like you charge your cell phone up overnight.” [Read More]

The city of Charlottesville owns a gas utility. How does it work?

Climate resiliency was one of the dominating topics in Charlottesville and Albemarle County’s elections. Both localities also set emissions goals to become carbon neutral by 2050. So, where does the city-operated gas utility — which services both —  fit in, and how does it currently operate?

“As a municipally-owned natural gas utility, it is our responsibility to work in the best interest of our customers, unlike Investor-owned utilities that must satisfy the shareholder’s interests,” said Lauren Hildebrand, director of Charlottesville’s utilities.  [Read More]

When former Charlottesville Tomorrow reporter Sean Tubbs purchased his Fifeville home in 2008, part of its appeal was its proximity to a Charlottesville Area Transit bus stop. For five years, he took the bus to get to and from work every day. Eventually, the route was adjusted and no longer served him as well, so he began driving to work in downtown Charlottesville. However, taking a new job with the Piedmont Environmental Council renewed his passion for public transportation — and now he prominently advocates for it. [Read More]

According to the legislation, it would enact a statewide Renewable Portfolio Standard that would bring Virginia up to 30% clean energy by 2030, before gradually phasing in clean energy sources while phasing out coal and gas for the grid to become carbon-free by 2050. It will also support energy efficiency measures and target rooftop projects, like the ones Sun Tribe deals in, by “empowering homeowners, municipalities and industry to contribute to Virginia’s energy market through rooftop solar.” [Read More]

What would the future of composting look like in the region? Local stakeholders and an out-of-state company are trying to figure that out.

As Albemarle County and the city of Charlottesville work on developing clear paths to reduce their impacts on climate, the Rivanna Solid Waste Authority — which serves both localities — recently conducted a feasibility study that laid out different options.

When food waste decomposes in landfills, the organic materials break down and release methane into the air. As the city and county analyze their greenhouse gas emissions and carbon footprints, composting can be one part of that equation. [Read More] 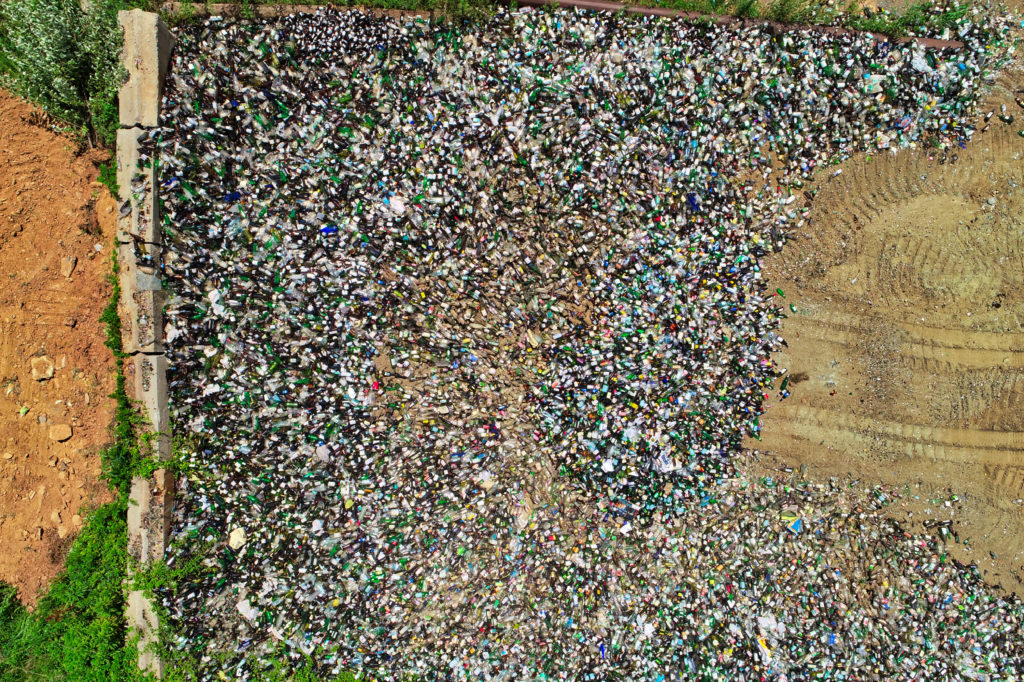 On any given weekday, more than 2,000 green bins line the streets of residential Charlottesville, awaiting a rumbling, beeping white truck that will launch the contents of the bins on the first leg of a one-way trip to a landfill, or, at best, a very long trip around the world before it is reborn as a new consumer product.

This is single-stream recycling, a jumble of materials that, by definition, all have to be separated and transferred at huge scale to manufacturers that can use them as raw material for a new product. [Read More] 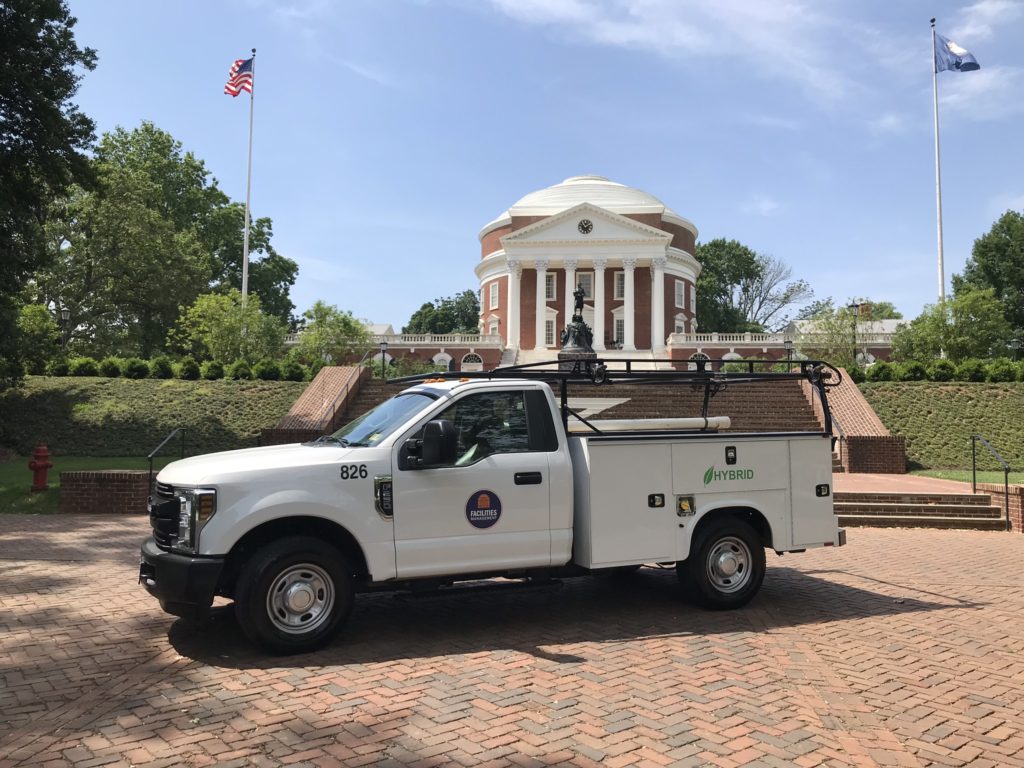 University of Virginia’s school colors might be navy blue and orange, but the campus has made strides to be a bit greener. Through incorporating some hybrid vehicles to its recycling and maintenance fleet, the university has become the first in the state to earn National Association of Fleet Administrators accreditation. [Read More]