These are Brackney’s demands, as detailed in her formal complaints and letter to the city 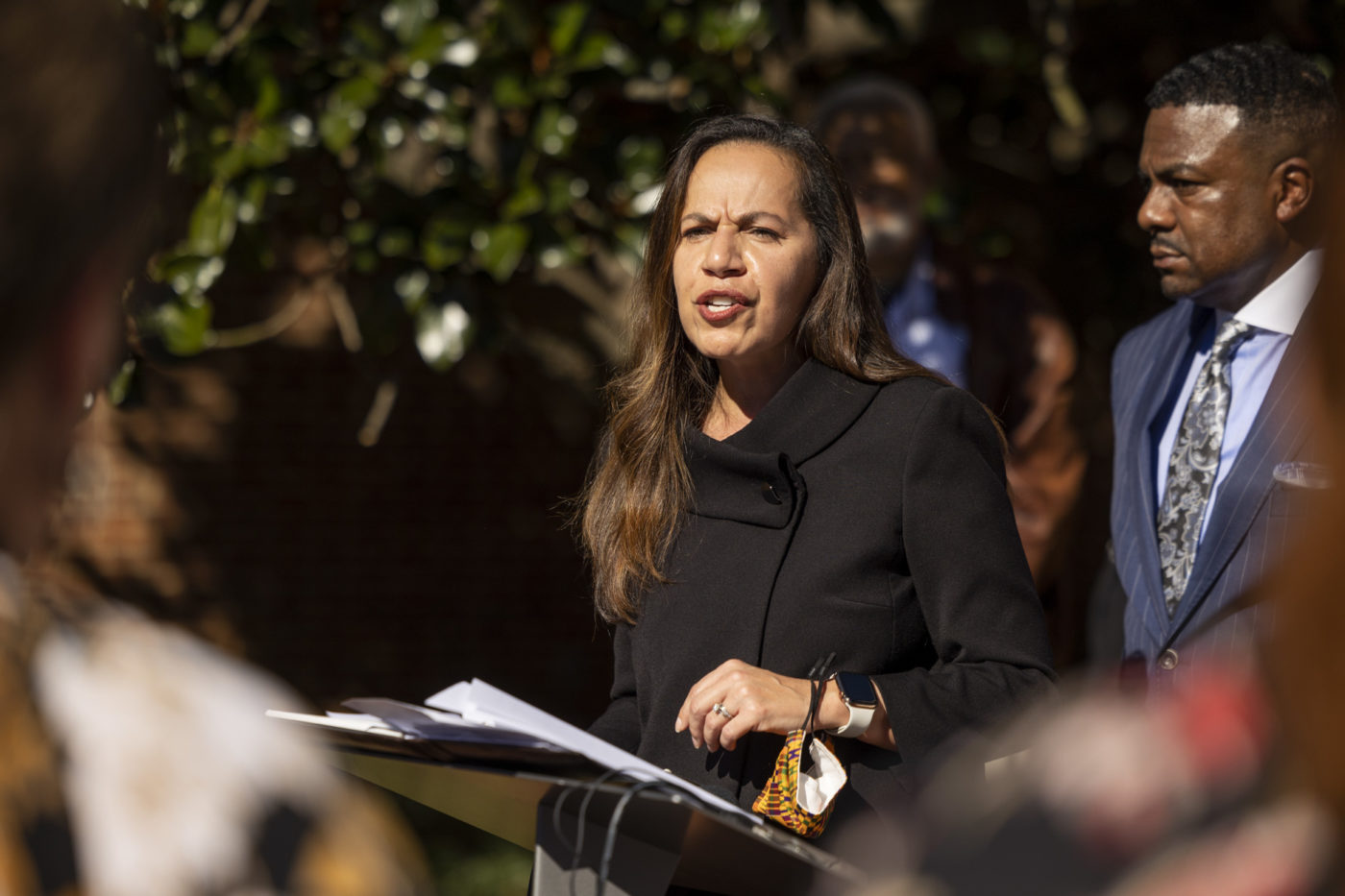 The city of Charlottesville has until Nov. 26 to pay its former police chief, RaShall Brackney, $3 million in damages, or she says she will sue.

The ultimatum came in a formal demand letter Brackney’s attorney sent to the city earlier this week.

“Please be advised that if our client is forced to proceed with the civil action in this matter, her claim will be substantially greater,” Brackney’s attorney, Charles Tucker, wrote. “It is plainly apparent that any fair, objective evaluation of these claims would lead any reasonable jury to conclude that the claims are worth the amount requested.”

Brackney’s attorney provided Charlottesville Tomorrow the demand letter, along with two complaints Brackney filed with the local Office of Human Rights and the NAACP.

City officials have so far declined to comment on the matter.

In the documents, Brackney alleges that she was discriminated against based on her race and sex. Her employment contract was terminated on Sept. 1, she said, in retaliation for “disciplining and terminating white, male officers for unlawful police practices.”

Some of the officers she is referring to were part of the city’s SWAT team, which Brackney disbanded after she said she learned of “disturbing behaviors” displayed by several SWAT team members.

At least one SWAT member threatened to kill command staff and other officers in a text message exchange with other SWAT members, the city alleged in an Aug. 20 news release.

A CPD internal affairs review then found that some SWAT members were “circulating nude videos of females and themselves.” They had also made video recordings of “children of SWAT members detonating explosives, and firing department-issued semiautomatic weapons at unauthorized training events,” the release said.

Officers involved either resigned or were fired, according to the release.

“The City of Charlottesville’s response to my efforts to address corruption, criminal activities, police violence, misogynistic, and racist behaviors within CPD was to retaliate and terminate my contract without cause,” Brackney wrote in her complaint to the Charlottesville Office of Human Rights.

Charlottesville’s former city manager, Chip Boyles, terminated Brackney’s employment contract without cause, which the contract allows him to do.

However, Brackney said in the complaints lodged this week that Boyles and other city officials went on to publicly discuss his reasons for removing Brackney, “publicly insinuat[ing]” it was “for cause.”

They “engaged in public attacks through press releases, op-eds, social media, media interviews, and during [Police Civilian Review Board] and City Council meetings — proclaiming I was not a good ‘fit’ for the organization,” Brackney wrote.

In Council meetings following Brackney’s termination, Boyles said that he became concerned and felt that a change in police department leadership was necessary after learning about two surveys of CPD officers that showed that there was low morale within the department and that many officers — including department leaders — were seeking other employment. One of the surveys was internally conducted; the other was conducted externally, by the Central Virginia chapter of the Police Benevolent Association.

The PBA is a professional, member-funded organization that provides legal, disciplinary and other representation to its member officers, according to its website.

Boyles said he then had a quick series of confidential conversations with area stakeholders, who he has not named. He came to the conclusion, he said, that Brackney would not be capable of working collaboratively with officers and other community members in the manner needed to fix the immediate issues.

The “actions constitute defamation per se, slander per se, and severe mental anguish claims,” Tucker wrote in the demand letter to the city.

Mayor Nikuyah Walker and Councilor Michael Payne were not named in the complaint.

In addition to the $3 million, Brackney has asked for the city to publicly apologize and possibly reinstate her as the chief of police.

Brackney has also asked the NAACP to consider filing a class action lawsuit against the city, saying that the local government has a pattern of discrimination and retaliation based on race.

Earlier this week, Brackney announced that she had also filed a charge with the U.S. Equal Employment Opportunity Commission. When a charge is filed, the EEOC conducts an investigation and tries to get both parties to settle. In an instance where a settlement is not reached, the EEOC will issue to the charging party (Brackney) a right to sue letter, which would allow Brackney to take the other party to court, UVA Law professor George Rutherglen has previously explained to Charlottesville Tomorrow.

It is not clear at this time how the EEOC charge relates to the Nov. 26 deadline Brackney and Tucker name in their letter of demands.