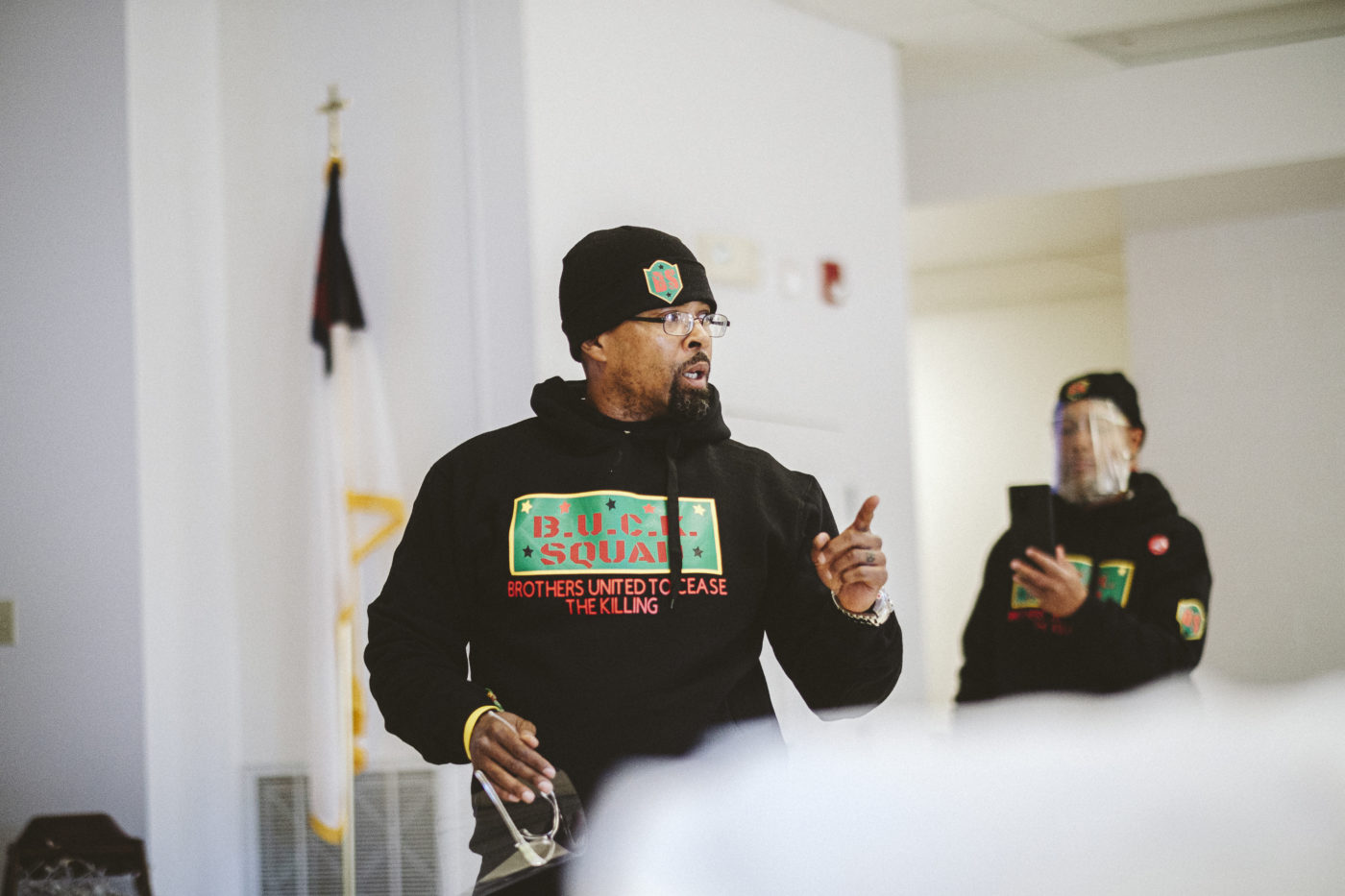 Pertelle Gilmore, the leader of the B.U.C.K. Squad, speaks at a recent training his team underwent in violence interruption.

A burst of gunfire woke Claude Booker Jr. from a deep sleep one night last November.

The 13-year-old felt a rush of terror. His thoughts turned immediately to his little cousin, asleep upstairs in his aunt’s South First Street home. The shots continued as Claude leapt to his feet, forgetting his glasses, and tore up the steps.

In his cousin’s room, Claude saw his aunt lying prone on top of her little boy. She was using her body to shield him against stray bullets. He was safe.

Claude turned and ran frantically to his older cousin’s room. There, the two huddled together against a back wall while the gunfire continued just outside. His aunt had told them it was the safest place in the house to wait out a shooting.

Claude didn’t know it at the time, but all those bullets were aimed at a man he knew  — Dre’Shawn Rayvon McDonald.

McDonald was killed that night outside Claude’s aunt’s house. He was the first of five people who would be shot in Charlottesville in the remainder of 2020, four of whom died.

“This is not just going on where my aunt lives,” Claude said, reading aloud from a story he wrote for a school assignment. “The people that are living there are mad and scared. There are kids there, and what are they going to do when somebody’s kid is dead? Then somebody is going to be mad and sad. Like, my little [cousin] is 10, and he’s scared to come home because he did not know if he would die tomorrow.”

Claude’s family is one of many in Charlottesville’s predominantly Black communities that have lived through the recent spree of what police are calling “ambush style” shootings. That’s when one or more shooters fire dozens of rounds in a single attack. During the fall and early winter, the number of those — and all — shootings locally skyrocketed.

Confirmed instances of shots being fired within the city nearly doubled in 2020 over previous years — and most of that was since June. The increase reached its peak between about November and January, alarming community members and local leaders alike.

Charlottesville Police Chief RaShall Brackney even appeared before news cameras in early January to outline the severity of the problem and call on community members to help stop it.

But then, that trend quietly began to reverse.

According to the data that is available (which does not include aggravated assault shootings) between November and December, there were four homicides, one “ambush style” shooting from which the victim survived, and at least 10 instances of shots being fired.

The first week of January looked like it would be even more brutal, with five shots fired in the first six days.

But it then petered off. The remainder of January saw three confirmed shots fired calls and February brought four.

It’s impossible to know precisely why shootings have declined, law enforcement officials say — but the timing coincides almost exactly with the formation of a group of volunteer mediators from Charlottesville’s Black neighborhoods. Those volunteers are — right now — identifying conflicts and interceding before they become shootouts. 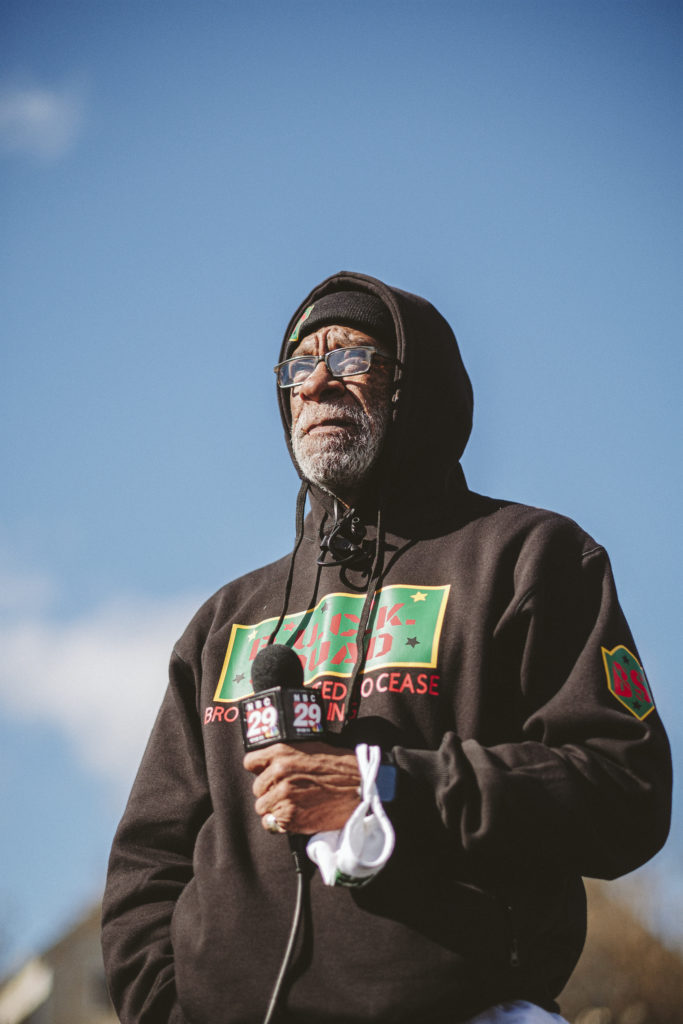 Herb Dickerson, one of the leaders of the B.U.C.K. Squad, gives an interview about the group's work with a local television station.

The group formed shortly after Jamarcus B. Washington, known as Buck, was killed in late December and the shootings seemed endless. A Charlottesville native named Pertelle Gilmore and a handful of his friends decided they needed to do something.

Gilmore was a drug dealer in Charlottesville years ago. He’s shot people and been shot. He’s seen friends and family members killed. He went to prison, and he turned his life around.

“I helped make this situation what it is now,” Gilmore said. “Now, I have to help fix it. It’s my duty.”

Gilmore named his group of volunteers B.U.C.K. Squad, Brothers United to Cease the Killing, after his latest friend lost.

Separately, another group of local Black men started a hotline around the same time and is offering conflict resolution to people in Charlottesville’s Black neighborhoods.

The B.U.C.K. Squad started in January by simply giving out their personal phone numbers to people in Charlottesville’s predominantly Black neighborhoods — where most of the shootings were happening — and asking people to call if they thought one was imminent.

Within a week, the team stopped several would-be shootouts by just showing up and talking people down, Gilmore said.

But the group of volunteers was operating with no support or guidance — and, in late January, one of the novice mediators was nearly shot.

Gilmore knew then that they needed help.

By a stroke of luck, help came almost immediately.

Marcus McAllister, a world-renowned trainer in a type of violence prevention being practiced by organizations in some of the most violent neighborhoods in the country, happened to have an opening in February. 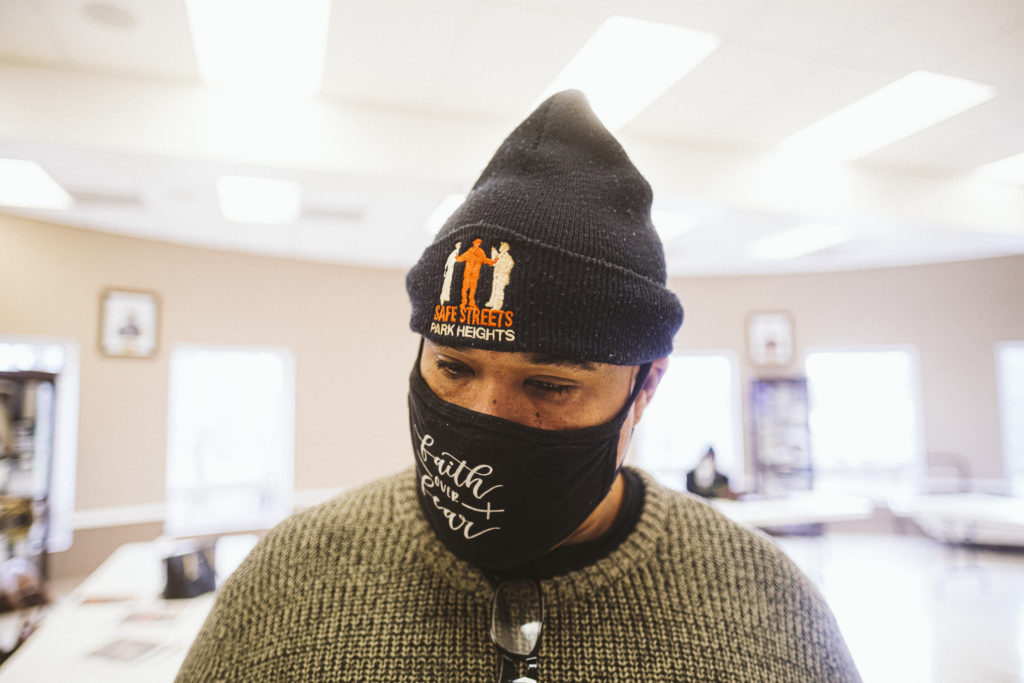 Marcus McAllister gives a training in violence interruption to the B.U.C.K. Squad in Charlottesville.

McAllister spent nearly two decades as a lead trainer at Cure Violence, an international nonprofit committed to helping communities establish programs to reduce shootings and other violence. He recently left the organization to start his own consulting firm.

“They’re getting something that isn’t easy to get,” McAllister said. “They just happened to call me at the right time when I had time to do it.”

The program McAllister brought to Charlottesville is based largely on Cure’s model. The organization was founded by an epidemiologist who saw violence as a public health issue that could be mitigated the same way diseases are — by stopping its spread.

“You get people from the community who have lived experiences in these communities and you teach them how to pay attention to the warning signs that violence will erupt,” McAllister said. “Then you follow up and teach them how to mediate and use conflict resolution skills.”

Mediators should also keep track of other types of conflicts between people and move to resolve them before they grow. They should know when people might be returning to the community from trips — or prison — and who they may have lingering issues with.

“The little things is what leads to multiple shootings,” McAllister said.

The best people to do this kind of work are locals who may themselves have checkered pasts, McAllister added. It gives them the credibility — and often the willingness — to walk into volatile situations.

Gilmore is a prime example, he said. He’s well-known in Charlottesville’s Black neighborhoods as a violent drug-dealer turned peacemaker. And many on his team have similar stories.

Ronald Brown, for example, was released from prison less than a year ago after serving 12 years for a shooting that wounded a 14-year-old girl. 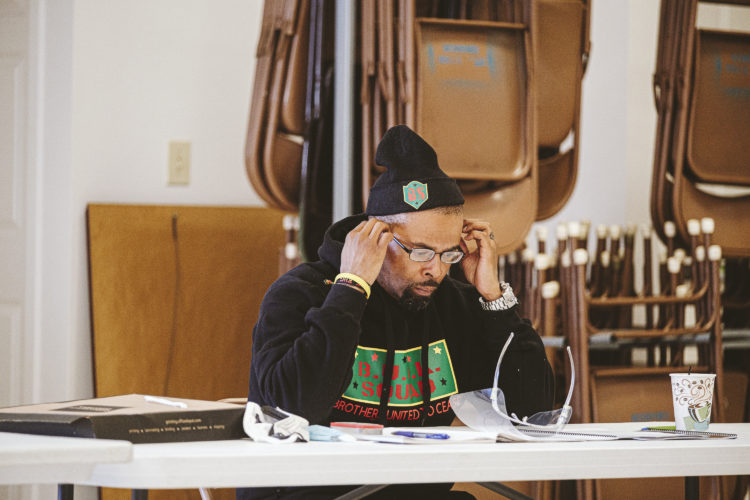 Pertelle Gilmore sits at the training with Marcus McAllister.

There are organizations in cities across the country doing this type of work — some of which were trained by McAllister.

A group in New York City has 30 sites and a $30 million operating budget supplied by the city, McAllister said. Baltimore has a group with nine sites; Washington, D.C., has one with six; and Philadelphia has a group with a single site. The list goes on and each boasts varying degrees of success.

“I’m really impressed with Pertelle and the B.U.C.K. Squad,” McAllister said. “I think they’re going to be very successful.”

At the end of the weeklong training with McAllister, Gilmore’s team of about eight volunteers paired off and hit the streets.

Their goal is to speak with every resident in Charlottesville’s predominantly Black neighborhoods to get a sense of who they are — and who they may have conflict with.

With that base, they hope to stop future shootings long before they happen.

Gilmore has high hopes for the group — but they need help, he said.

In the two months since they formed, Gilmore has hustled to transform the B.U.C.K. Squad from a group of concerned citizens into a full-fledged nonprofit. It’s now a chapter of a New York-based nonprofit called Guns Down, Inc.

He’s also cobbled together about $36,000 in donations — $20,000 of which came from the Charlottesville City Council — enough to pay for McCallister’s training and cover gas, phones and a few other expenses.

But the group is still all volunteer. Many of them are working full time jobs and fitting in their B.U.C.K. Squad work during their free time.

“That’s fine for now, but what happens when one of the team members gets a crisis conflict resolution call and they can’t leave work?” Gilmore said. “We need to be fully funded. I need to get enough money to pay my guys, to make this their full time jobs. That’s how we make this successful long term.”

Donations to the BUCK Squad can be made via PayPal by clicking here. 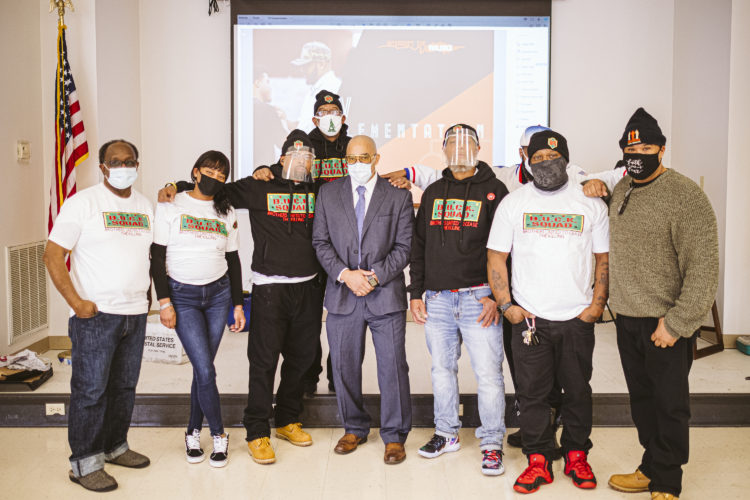 The leaders of the B.U.C.K. Squad pose with trainer Marcus McAllister at the start of a week long training in violence interruption.