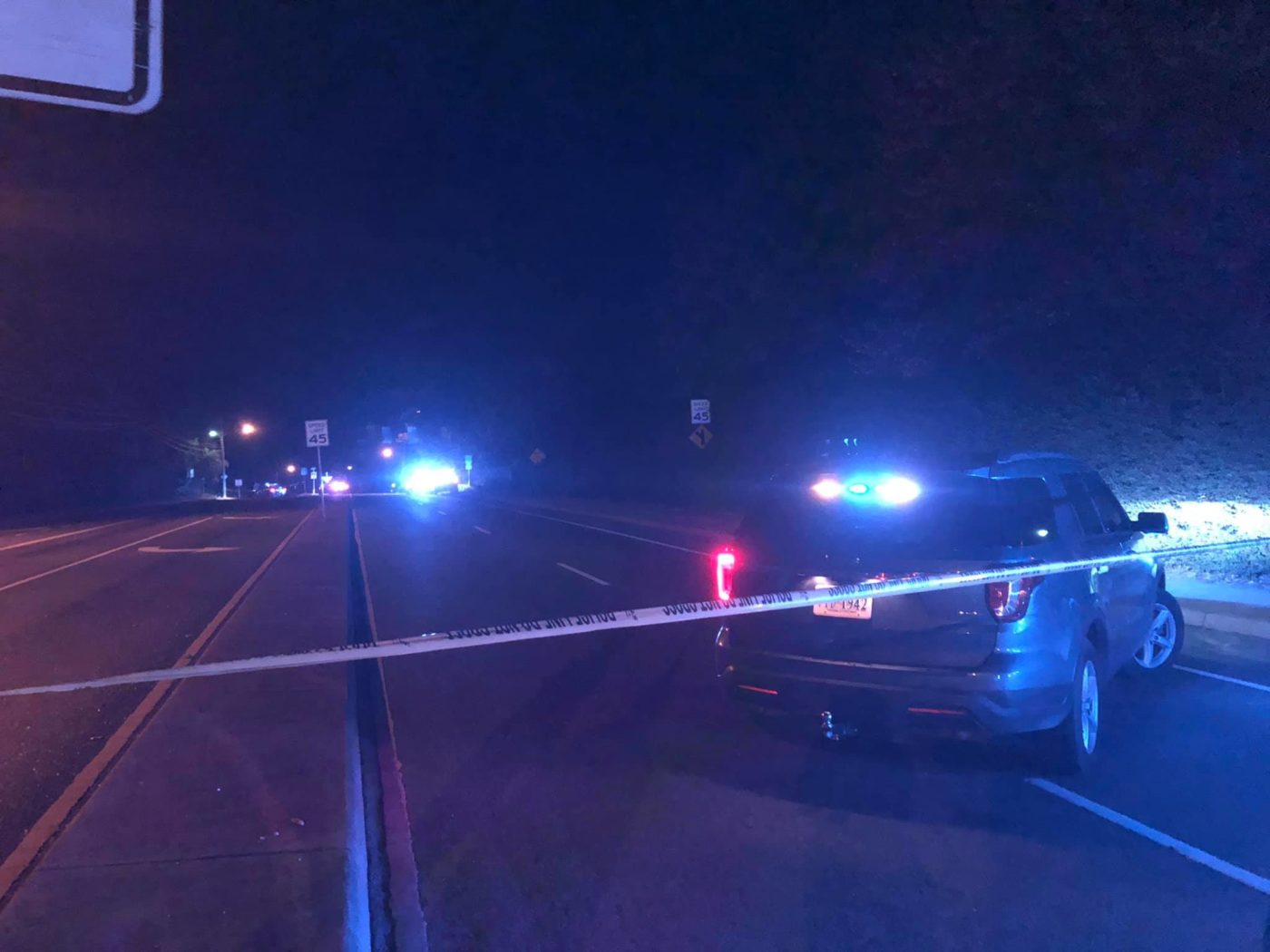 Scene of a Saturday morning wreck at the intersection of Fifth Street and Cherry Avenue where two men were killed and a third critically injured.

A violent car crash that took the lives of two young men and seriously injured a third on Fifth Street Southwest early Saturday morning is the third fatal wreck on a one-mile stretch of the Charlottesville road in less than three months.

That many fatal wrecks in such a short time — and on such a short stretch of road — has many city residents concerned that the road’s design could be to blame.

“The design encourages high speeds,” said Brennen Duncan, the city’s traffic engineer. “That stretch of road [between Harris Road and Elliott and Cherry avenues] is straight and wide, and there is nothing giving people the signal to slow down.”

Duncan’s office, working with Charlottesville Police Department, is looking at options the city can take to make that roadway safer, and will be presenting those options to the City Council in November.

But, he cautions, that even short term solutions won’t be immediate.

Fifth Street (which becomes Ridge Street as it nears downtown) has a 45 mile per hour speed limit. It has the feel of a four-lane highway until it suddenly meets a traffic light at Harris Road and a commercial strip between the Willoughby neighborhood and Interstate 64.

The speed that motorists travel on that stretch is a key concern.

“While the posted speed limit on 5th Street is 45 mph, there are many situations where a lower speed would be appropriate, including inclement weather, roadway conditions, and increased pedestrian and bicycle traffic,” the Charlottesville Police Department said in a news release announcing the names of the two men who were killed in Saturday’s crash. “In memory of those who have died, CPD is asking motorists to be mindful of their speed.”

But, according to Duncan, the problem likely won’t be solved by simply lowering the speed limit.

To effectively reduce speeds, the city would have to redesign the road — one possibility reducing it to a narrower, two lane road with larger sidewalks and bike paths.

Such an option would be costly and could take years if the city sought state or federal funding to complete such a project, he said.

Other shorter term options could be taking advantage of redevelopment along the road to tinker with traffic patterns, or possibly using funds for projects already approved through a corridor study completed in 2018.

However, the recommendations in that study do not specifically address the safety concerns raised in the latest string of fatal crashes.

The causes of the last three Fifth Street wrecks have yet to be determined, according to CPD.

The first happened just before 7 a.m. July 18. Police said Dustin Parr, 30, ran a red light at the intersection of Fifth Street and Harris Road and struck a sedan in the intersection. He was pronounced dead at the scene. The driver of the sedan survived.

Parr had struck another vehicle at the intersection of Richmond Road and Hunters Way in Albemarle County about 25 minutes earlier and fled the scene, authorities said. He was then seen driving his Toyota pick-up truck “erratically at numerous locations within the City of Charlottesville,” according to CPD.

The second fatal wreck happened at the intersection of Fifth Street and Cleveland Avenue just before 9:30 p.m. Aug. 30 and involved two motorcycles. Rahamean Najuan Rose, 23, died at the scene. Another man was taken to the University of Virginia Medical Center with “non-life-threatening injuries,” according to CPD.

Saturday’s wreck occurred just before 4 a.m. on Fifth Street near Tonsler Park. Devin Stinnie, 28, and Rashod Walton, 23, died at the scene after their car hit a tree. Damian Jemar, 28, was taken to the Medical Center, where he remains in critical condition, according to CPD.

“The exact cause of the crash is under investigation, but speed may have been a contributing factor,” said Tyler Hawn, a spokesman for CPD. “In memory of the victims, we would like to remind everyone to follow the posted speed limits to keep all motorists, cyclists, and pedestrians safe on all our roadways.”