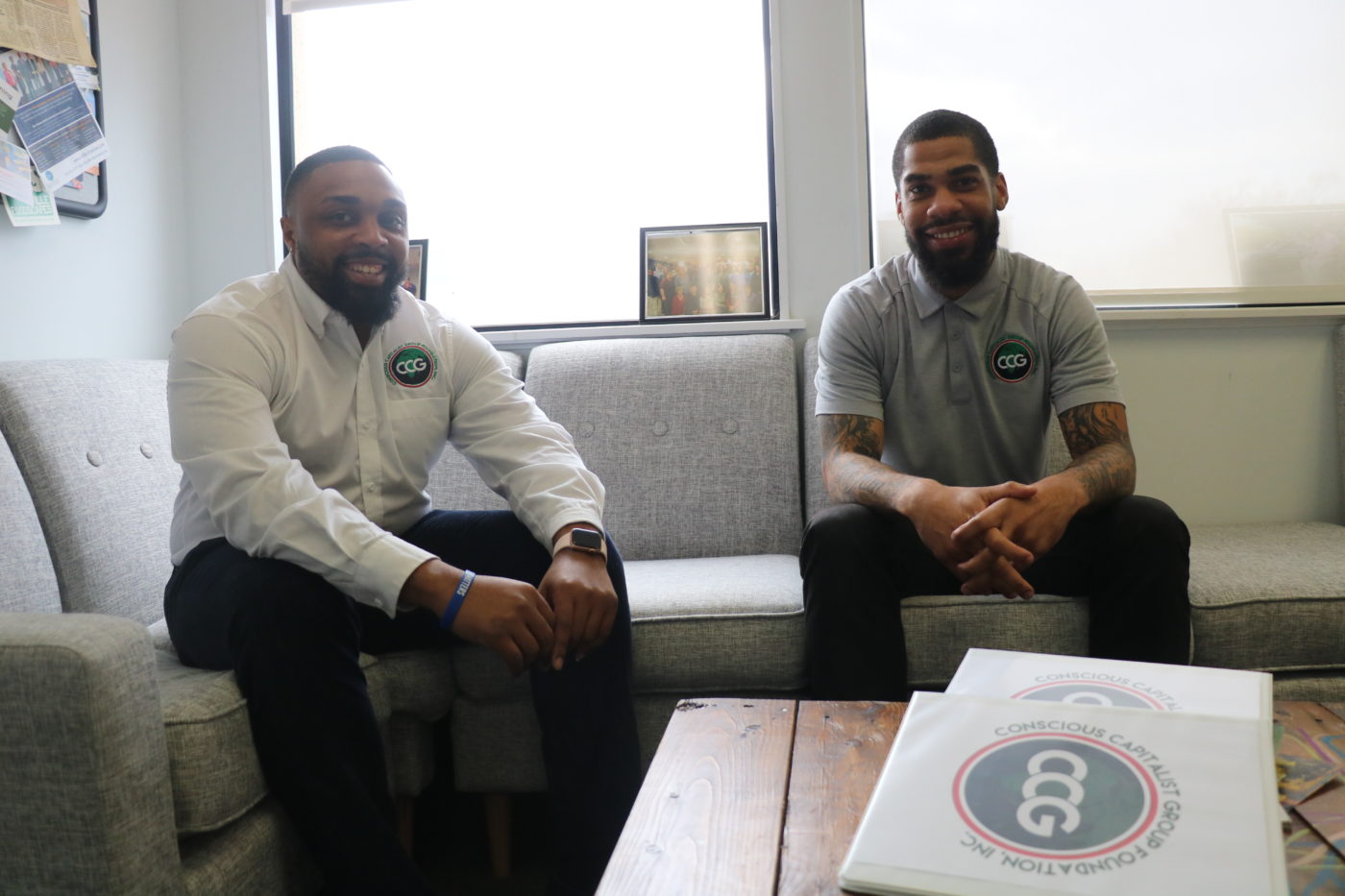 ⦁ Robert Gray and Derek Rush launched the Conscious Capitalist Group a month ago, serving opportunity youth, or those who aren’t on track to attend a four-year university. The program operates at two sites, the Boys and Girls Club on Cherry Avenue and the Blue Ridge Youth Detention Center, serving children grade seventh through 12th.

⦁ CCG is attempting to remedy the wealth gap in the African American community by exposing children to skills like financial literacy and leadership.

⦁ Find something that differentiates you from other organizations.

⦁ Gray and Rush said they wished they had access to more funding for organizations like theirs.

Nearly a year ago, Robert Gray and Derek Rush took the Community Investment Collaborative Entrepreneurship Workshop, a course on entrepreneurship for adults. There, an idea to start a nonprofit to help under-resourced youth was born. The duo launched the Conscious Capitalist Group (CCG) last month.

Gray, who serves as president, stressed there’s a lack of emphasis on entrepreneurship in marginalized and under-resourced communities and wealth building and financial literacy.

“We feel like entrepreneurship can serve as an alternative pathway to the kids being successful after high school,” Gray said.

The program operates at two sites, the Boys and Girls Club on Cherry and the Blue Ridge Youth Detention Center, serving seventh through 12th grade. CCG serves children identified as opportunity youth, those who aren’t necessarily on track to attend a four-year college or university.

On average, the 18-week program serves nearly 17 children at the Boys & Girls Club and 11 at the detention center. The goal is to expand to 100 to 150 children in its first year.

But  the biggest challenge for CCG now is funding, Gray said.

“We need the community’s support,” he said. “This is  a call to action.”

Gray plans to use donations to help with the day-to-day operations of CCG. He’s also interested in building a fund to assist children wanting to take their ideas to the next level.

Creating CCG means the founders are hoping to solve the wealth gap in the Black community. But Rush, who is vice president, said he recognized that what he’s doing isn’t going to solve the greater issue in the community at large.

“We want to use entrepreneurship as an avenue to provide wealth, generational wealth and, potentially, decrease the poverty level among African American youths” Rush said.

As far as the detention center, Rush said CCG provides them with avenues to succeed once they’re released.

We have a thriving community that was essentially destroyed by urban renewal, and a lot of these residences were displaced to public housing. That just systematically eliminates Black people to climb the economic ladder because of property ownership.

While they are trying to help close the wealth gap, Rush said it might not even be realistic because 87% of the wealth in America already is locked in the white community.

That leaves nearly 13% of wealth that can still be attained, and that percentage is up for grabs for everyone, not just the Black community, Rush said.

The wealth gap stemmed from slavery, the history of gentrification and Black business that were torn apart, he noted.

“If there’s wealth that’s being built at the expense of somebody else during that [period] of time, you cannot make up for that time,” Rush said. “How do you close a 300-plus years gap of wealth building?”

Speaking of what contributes to the wealth gap in the Black community, Gray said Jim Crow and urban renewal also play a factor and used Vinegar Hill as an example.

“We have a thriving community that was essentially destroyed by urban renewal, and a lot of these residences were displaced to public housing,” Gray said. “That just systematically eliminates Black people to climb the economic ladder because of property ownership.”

If there's wealth that's being built at the expense of somebody else during that [period] of time, you cannot make up for that time. How do you close a 300-plus years gap of wealth building?

Through training, Gray said he learned that ⅔ of families living in poverty can work their way up and Charlottesville is one of the most difficult places in the nation for families to build wealth. It ranks behind 97% of communities in the nation, he said, adding there’s a lack of institutions or systems to help Black people.

“The answer, in short, is just systemic racism,” Gray said.

In starting, Gray and Rush  said they didn’t face many challenges. Most of the barriers include processes many entrepreneurs might face when starting a business.

The barriers were small, but they said they wished there was a system to help with access to funding to be able to spearhead organizations like theirs.

“Funding could be most helpful and provide a platform for people like us that are encouraging these types of organizations. What we ran into was a lot of nonprofits don’t work with this demographic because you cannot get the necessary outcome-metrics that they need to get major funding,” Rush said. “It’s almost incentivized for you to work with kids who are already doing well for themselves.”