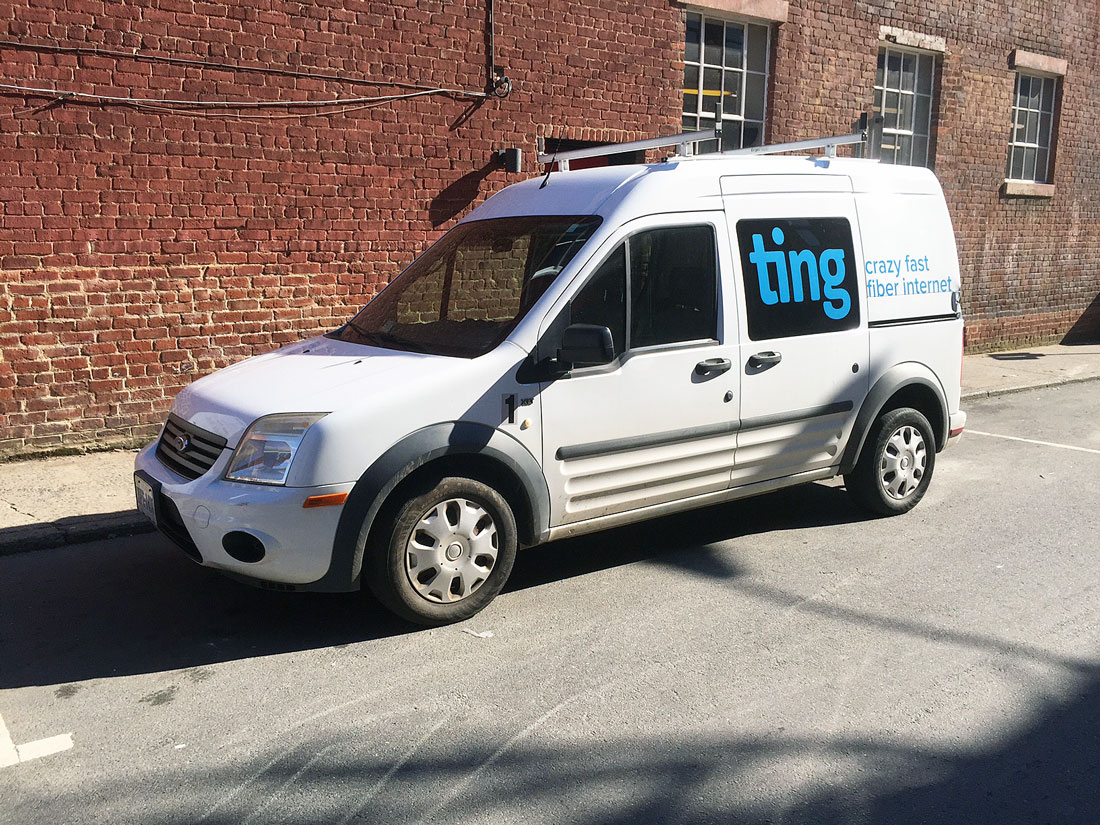 Albemarle Schools pursue a network for the future

An upstart fiber-optic Internet provider angling to lure customers away from more traditional cable companies by promising low rates and dizzying speeds expects to have the infrastructure in place to serve the entire city within the year.

“We are moving into Fifeville, [Jefferson Park Avenue] and the Fry’s Spring neighborhoods,” Fooks said. “We have coverage in those neighborhoods; we are just waiting for the rest of the poles to be permitted.”

Fiber-optic Internet options are scarce in Charlottesville. Verizon has no plans to bring FiOS, its fiber-optic brand, here.

“We do not offer FiOS in that area and no further expansions — beyond those areas where we already have franchise agreements in place — are planned at this time,” Verizon spokesman John O’Malley said.

Comcast last year announced plans to begin offering GigabitPro, a 2-gigabit-per-second fiber-optic connection, to residential customers in the Southeast including Charlottesville and Richmond. Comcast’s website says this service is available for $299.95 per month with installation and activation fees of up to $1,000.

To serve a new neighborhood, Ting, based in Mississippi, must string fiber-optic cables to existing utility poles, a process that requires permitting.

“We spent a great deal of our first 12 months getting permits and essentially upgrading utility poles so they are ready for us to attach to,” Fooks said. “That process took a little longer than we had hoped.”

Getting the fiber-optic cables required for Ting’s service installed across town has been challenging, thanks to deteriorating utility poles and other utilities getting priority, Fooks said.

Once a neighborhood has the requisite infrastructure, Ting still must run fiber-optic cables to individual houses before service can start. That process is not cheap: the services come with a $399 setup fee.

For North Downtown customer Ricardo Padron, the initial expense has been worth it.

“The install was $400, and we got it for $200 through a special offer,” he said. “I think it should pay for itself inside a year, but that was my one issue, the expense.”

Once the house has been wired, customers pay $89 a month for the gigabit service, according to Ting’s website.

With Ting installed, Padron and his family canceled their Comcast cable service and have not looked back. In the absence of cable TV, the Padrons rely on streaming services such as Netflix.

“We realized that we didn’t watch a lot of cable, we were mostly streaming, and we weren’t satisfied with Comcast Internet,” he said. “The streaming is beautiful. We have noticed that the picture quality is markedly better.”

Across town, Martin Klingel has had a similar experience. With a streaming package from Dish Network, Klingel said, he hasn’t missed cable.

“I get all my sports channels, plus CNN and everything else I need,” he said. “Between that and Netflix and with a digital antenna, I get all my locals, as well.”

Klingel reported that after the expense of multiple streaming services, his bill is more than $100 lower than it was with Comcast.

Comcast spokeswoman Jamie Debole said the company strives to give its customers options.

“It is important to us that we meet our customers’ wants and needs, which is why we offer a wide range of tiers and packages to give consumers the opportunity to choose what serves them best,” Debole said. “We continue to increase the value of our products and services and make investments in our network and technology to give customers more for their money.”

Both Klingel and Padron have had Ting for about six months and have had few issues. Padron reported one outage, but he was pleased with the company’s customer service.

With citywide availability about a year away, Ting has its sights set on eventual expansion into Albemarle County. Making the leap from urban to rural service provider promises bigger challenges, Fooks said.

“It definitely becomes a more difficult problem the less dense the community is,” he said.

Without help from the Albemarle government, expansion much past the urban ring will be tough.

“The rural communities that have been successful in attracting fiber companies like Ting have made all these resources available to the private sector,” Fooks said.

Albemarle has issued a request for proposals for a plan to extend high-speed Internet to the more remote parts of the county, and fiber-optic will be a crucial part of the infrastructure.