Tiny housing in Charlottesville — is it possible? 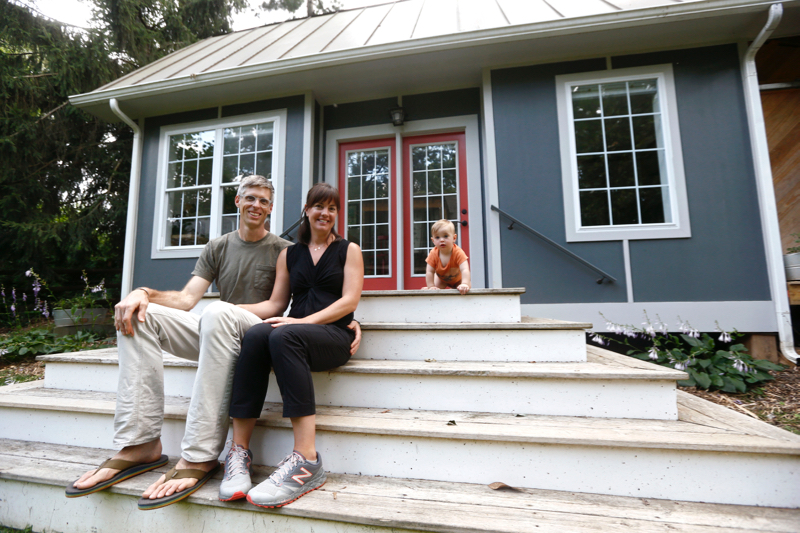 The HGTV series “Tiny House, Big Living” has brought the concept of tiny homes into households across the country in recent years, but are these homes possible to live in under Charlottesville zoning regulations?

“Some communities welcome them with open arms, and others are so restrictive that, for all practical purposes, you can’t do it,” said Fred Oesch, owner of Oesch Environmental Design and leader of a Charlottesville tiny-house meetup group.

Tiny-house enthusiasts like Oesch say the dwellings — which are usually 400 square feet or smaller but also can be as big as 500 or 600 square feet — are affordable, have a smaller impact on the environment than larger housing and can provide creative opportunities for home design.

Elaine Walker, of the American Tiny House Association, said a typical tiny house is “built on a trailer or a foundation” and “is suitable for full-time living and includes basic functional areas that support normal daily routines — such as cooking, sleeping and toiletry.”

According to Walker, the average tiny house on wheels costs about $55,000 to $60,000 and can be significantly cheaper if one builds their own tiny house.

“It could be a solution for some of the houses that have fallen into disrepair — to replace them with tiny houses, and they would be things that people would be able to easily take care of,” Jones said. “And it’s an excellent solution for seniors who have disabilities because everything could be potentially on one floor and compact enough.”

Brian Haluska, neighborhood planner for the city, said city code does not explicitly prohibit tiny houses and that they are permissible if the structures meet zoning and building regulations.

“As long as they can sit inside the setbacks and below the maximum height, from a zoning standpoint, we are fine with them,” Haluska said.

The economics of buying a parcel for the house to sit on, however, may be a challenge for someone wishing to have a tiny home.

“The main concern is more a question of the market, not necessarily do our zoning rules prohibit this, but do our zoning rules through minimum lot sizes, minimum frontage requirements for new lots … [create] a situation where your standard city lot is so valuable that building a tiny house on it would be kind of economically disadvantageous to the person who is trying to do that?” Haluska said.

The city zoning ordinance has minimum lot sizes for single-family detached residential units, ranging from 6,000 square feet to 8,125 square feet, depending on the zoning district.

Most residential zoning districts also require a 25-foot setback from the street to the front of the house.

People might want a smaller lot to build a tiny house on, but given the minimum lot sizes, “those lots really don’t exist in the city,” Haluska said.

Another potential barrier to having a tiny house is the foundation, as dwelling units require permanent foundations.

In some localities, tiny houses are considered recreational vehicles, but city code specifically notes an RV is “not for use as a permanent dwelling.”

A tiny house could, however, be built as an accessory apartment to an existing structure, which local tiny homeowners Aly Buchanan and Zach Snider did.

The couple rents the 344-square-foot tiny house, which sits behind the larger house they reside in, on Airbnb

Their tiny house includes a living area, a kitchenette, a bathroom and a queen-sized bed.

“Everyone who has stayed with us has said that our tiny home has provided everything they needed,” Buchanan said.

Buchanan said they worked with the city throughout the process of creating their tiny home to ensure they were following zoning, permitting and inspection requirements.

These accessory dwellings require a provisional-use permit, must comply with building code and cannot be greater than 40 percent of the size of the main house on the property.

The owner of the property also must reside in one of the two dwelling units on the property.

“That is an option but it is an option as a rental product, not as a fee-simple ownership option,” Haluska said. “I can’t parcel off a piece of property at the back and sell a tiny house to an interested buyer.”

Several of the city’s commercial zoning districts allow for by-right density of up to 21 dwelling units per acre. Parking is one consideration for any such development, however, and if people wanted to own their own personal pieces of property with tiny houses, the parcel would, under city code, need to be subdivided into 6,000-square-foot lots.

“The fact that the condominium process adds cost to the development … makes it easier for someone trying to do a fee-simple development … because they’re not facing those overhead costs,” Haluska said.

Another possibility for a tiny-home development is a planned-unit development, Haluska sad.

City code says PUDs are meant “to encourage developments of equal or higher quality than otherwise required by the strict application of zoning district regulations that would otherwise govern.” They require a minimum of two acres and City Council approval.

“PUDs are probably the most likely way to do it, but, once again, you are looking for a 2-acre site in the city, and that’s going to be somewhat difficult to find these days,” Haluska said.

Although Haluska said he does not know of many tiny homes in the area, it does fit into a larger conversation about providing housing at different prices.

“I think there’s interest in the city in general of trying to hit different price points with residential units,” he said. 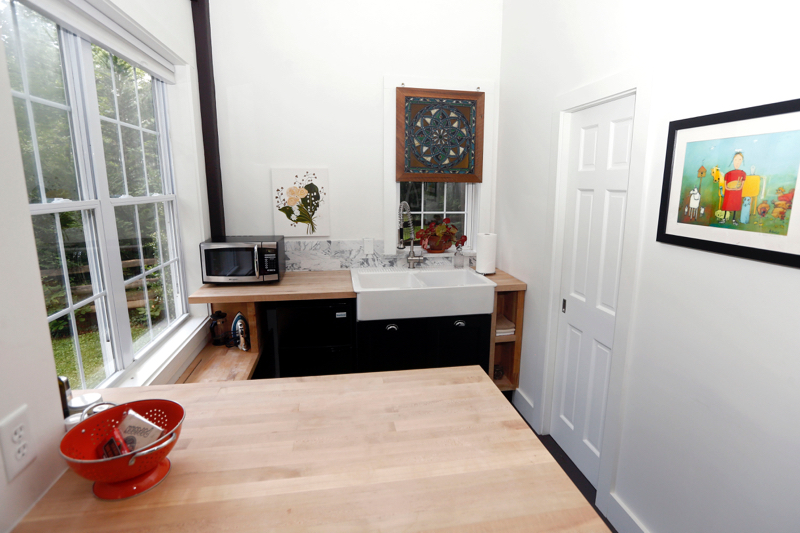