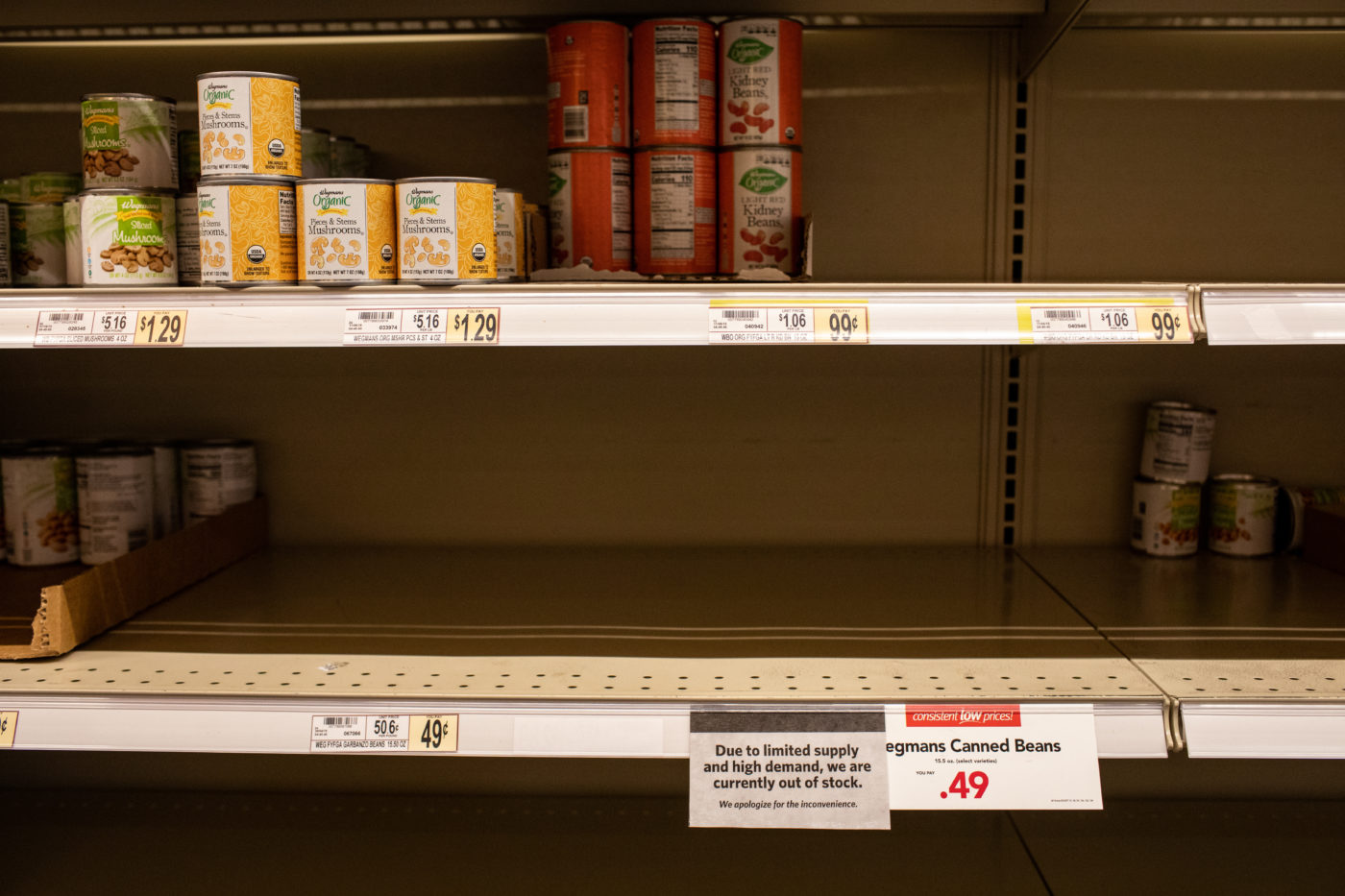 Local community members have been emptying shelves in supermarkets across the city. As shoppers linger at Wegmans, some said some food items are becoming scarce.

“It’s kind of been stressful,” Dreyer said. “Everything is sold out. Everybody is here at once — kind of running around into each other.”

The gravitas of reports about the COVID-19 pandemic has grown, so Dreyer said she’s trying to take it seriously. She brought some nonperishable items in preparation of a worst-case scenario.

“I don’t think I should speak on what [might] happen, but I just think that it’s better to be prepared rather than not being prepared,” she said.

Dreyer is not alone. As shoppers linger at Wegmans, some said some food items are becoming scarce. There was a shortage of paper towels, toilet paper, bananas, frozen vegetables and other food items. And there were no fresh white meat or lentils on the shelves, Clorox wipes or chemical disinfectants, Chrystal Axford said.

“We’re feeling that the schools are not even going to be open back up at least for a couple of weeks,” Axford said.

Later in the day, Gov. Ralph Northam ordered the closure of all K-12 schools for at least two weeks.

She said she’s trying not to panic but is making sure that her house is stocked with groceries so she can limit going out in public.

“This is so new. … We just have to be patient as everybody figures this thing out,” Axford said.

While Axford took issue with the shortage, she’s not worried about hand sanitizer, she said. If she’s stuck at home for two weeks, she noted she wouldn’t want hand sanitizer.

“I need actual soap and water,” she said, adding she has purchased extra.

But like the other shoppers, the Duttons are also taking issue with the shortage and said she was a little concerned about going into Wegmans.

“We’re being extra diligent because I have a son who has chronic lung disease,” she said. “We’re going home, and we’re staying home for a while.”