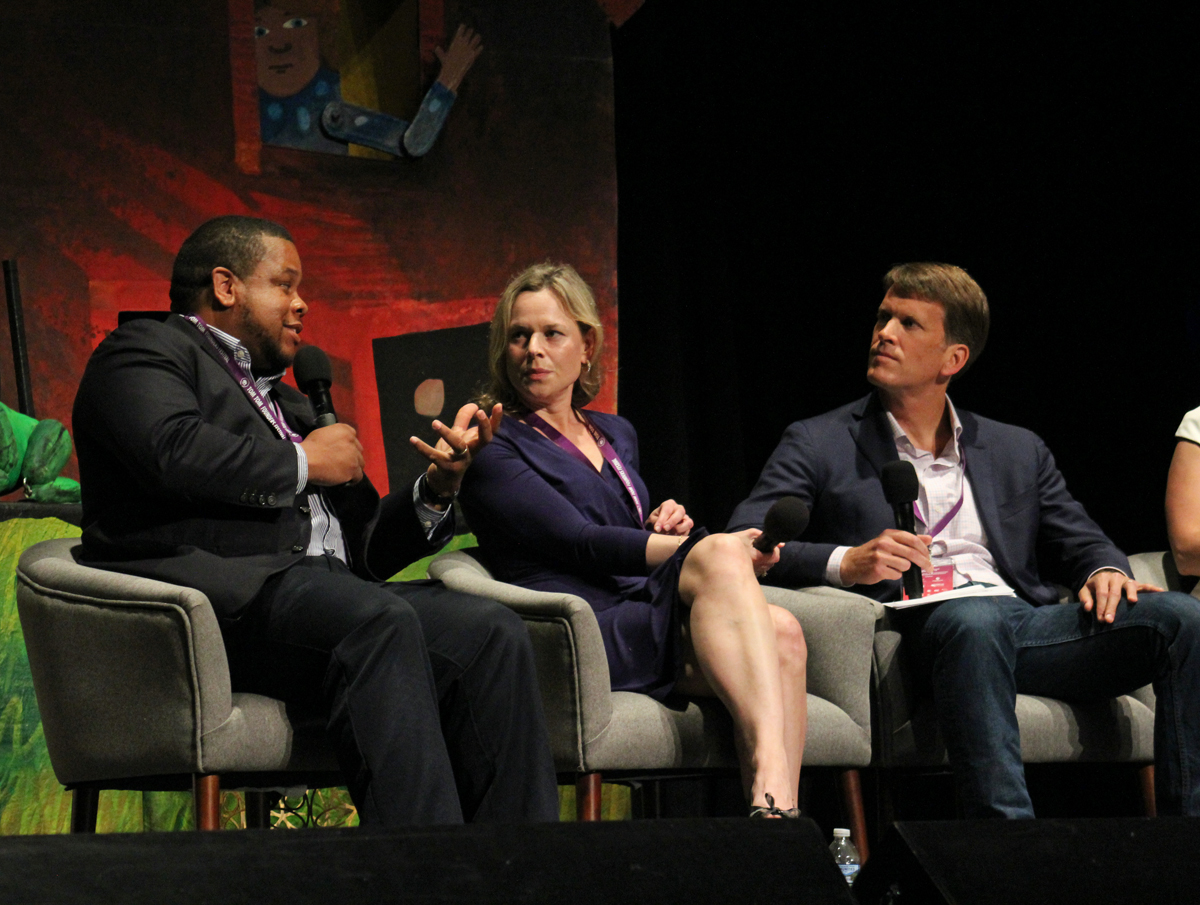 A panel of education experts on Tuesday discussed some of the challenges that educators and policymakers must face to improve early childhood education in America.

The “Innovations in Education” discussion at the Paramount Theater was part of the Tom Tom Founders Festival’s “Future of Ideas” series. The event was moderated by Mike Chinn, president of S&P Global Market Intelligence.

Lisa Howard, founding director and CEO of E3: Elevated Early Education, said that education policy needed to shift from expanding access for early childhood programs to improving the quality of these programs.

“We’ve focused on a numbers game,” Howard said. “The conversation should never be about giving kids access to mediocre education.”

E3 is a bipartisan, statewide, issue-advocacy organization that aims to drive public investment in early education. It also operates a mixed-income preschool program in Norfolk.

“This is not just a prototype model sitting in Norfolk,” Howard said. “We were very intentional to make sure that anything happening inside the E3 program could be replicated by any program anywhere.”

Howard said the E3 program spends about $10,000 per student, far less than early childhood programs in some states. However, Howard said they have reduced the cost differential to a more manageable amount in Virginia — the Virginia Preschool Initiative currently provides about $6,100 per 4-year-old student.

Sarad Davenport, director of the City of Promise initiative in Charlottesville, said his program aims to ensure that parents were making the most of educational opportunities available to their children.

City of Promise is a social services program designed to improve the educational and developmental outcomes of children and youth in the 10th and Page, Westhaven and Starr Hill neighborhoods. It is part of the national Promise Neighborhood program, which is administered by the U.S. Department of Education.

“Our job is to find out how we can emphasize the importance of early childhood experience to parents so they will engage and buy in,” said Davenport.

“You have to be courageous enough to knock on the door, sit in the living room and build relationships [with families],” Davenport said. “That’s the work our staff is doing every day.”

Robert C. Pianta, dean of the Curry School of Education at the University of Virginia, said that there was a great need for innovation in the policy sphere to redesign the “unorganized” assortment of early education and child care programs that exists today.

Chinn agreed with Pianta’s assessment. “One of the areas ripe for innovation is figuring out how to put the puzzle together in a better, more efficient way,” Chinn said.

Kristen Jamison, assistant professor of teaching at UVa and director of The Loop Center for Social and Emotional Development, spoke about her efforts to help teachers build relationships with children experiencing psychological trauma.

“One of the things that struck me in work with kids that have experienced trauma … was that school, in and of itself, was perpetuating the trauma,” Jamison said.

Jamison said that an ideal preschool lesson should involve movement and intrigue, and that teachers should be encouraged to “get kooky” with energy and playfulness.

“Giving kids worksheet after worksheet is not getting the job done,” Jamison said.

Pianta said that he saw professional development as another key area for innovation in early childhood education.

“How do you enable teachers to have more access to the right kinds of support, rather than the drive-by workshops that we spend most of our professional development dollars on?” Pianta said.

“There is a way in which preschool teachers must be like orchestra conductors,” he said. “They have to be sensitive to what’s happening in the moment, on a very granular basis, while also knowing where they are going next.”

The panel discussion was followed by brief “flash talks” about innovative educational programs in the Charlottesville area.

The speakers included: Donna Baker, director of operations for the Jefferson Area Board for Aging; Patricia Colby, head of school for the Mountaintop Montessori School; and Erika Viccellio, executive vice president of the United Way-Thomas Jefferson Area and chairwoman of the organization’s Early Education Task Force.