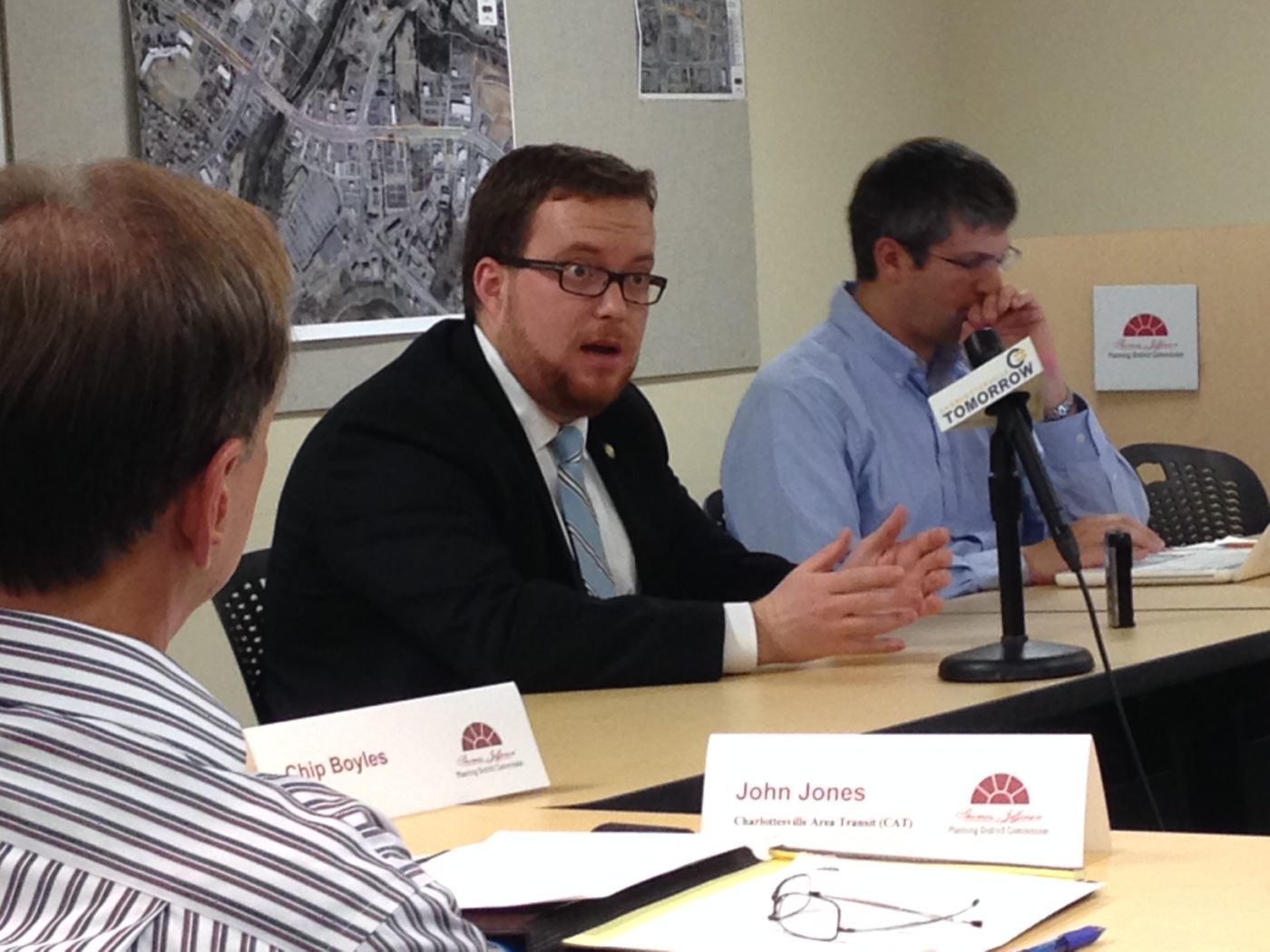 The way Virginia decides what transportation projects will receive funding is changing, and state officials are seeking input from local leaders on how new policies will be drafted.

Beginning in July 2016, the recently passed House Bill 2 requires the Commonwealth Transportation Board to weigh several factors before projects can be funded.

“The law requires that we use five criteria to evaluate projects,” Donahue said. “Those criteria are congestion mitigation, economic development, accessibility, safety and environmental quality.”

Donahue is reaching out to regional transportation groups — known as metropolitan planning organizations — to get their feedback. He spoke to the Charlottesville–Albemarle MPO on Wednesday.

Some MPO members were concerned HB2 could lead to funding disparities across the state.

“We have some very dense urban areas, and we have some very rural agricultural area, and the needs of those are very different,” said City Councilor Kristin Szakos. “Some of these criteria are important everywhere, but to weigh one over the other is to put neighbor against neighbor.”

Donahue said the new prioritization system will add transparency to a process that he described as opaque. Because projects will be scored based on how they might perform, he said, taxpayers will be able to see if public money is providing a good return on investment.

“If we’re successful moving forward, you will see all the projects considered by the [CTB], you’ll see a score next to them,” Donahue said. “And you’ll be able to hold us accountable.”

Donahue said he hopes the system will provide long-term stability in a state where the governor changes every four years, which can lead to projects being halted when a new person takes office.

HB2 only affects projects that add capacity. Maintenance and repair are excluded.

“It does not apply to every dollar in the six-year improvement program,” Donahue said, adding it will apply to about $350 million each year.

Under the process, projects initially will be screened to see if they provide benefit to “corridors of statewide significance.” Locally, that means U.S. 29 and Interstate 64.

Donahue said that didn’t refer strictly to just these roads, and that projects such as parallel roads and additional train service could make it through the system.

Projects such as the $54 million northern extension of Berkmar Drive and the $81 million grade-separated interchange at Rio Road and U.S. 29 were funded before the law took effect on July 1. Their cost estimates were also fully funded by the CTB, which means they will be exempt from the prioritization process.

Future projects to address congestion on U.S. 29 – such as a grade-separated interchange at Hydraulic Road – will have to be scored using the prioritization process.

The MPO will hold further discussions on the process as it is developed.

The MPO also amended the long-range transportation plan to include the city of Charlottesville’s portion of a planned network of adaptive traffic signals.

A project must be included on the plan before it can receive any federal funds, but that is not why the signalization was added.

“While that project will not actually use federal funding, this is a symbolic move to show the significance to the region as a whole,” said Will Cockrell, a transportation planner with the Thomas Jefferson Planning District Commission.

The city has committed $400,000 to the project and will eventually need to identify an additional $1.6 million to fund it fully.

In all, 11 signals in the city will be connected with around two dozen in Albemarle using Rhythm Engineering’s InSynch Technologies.

In June, the Commonwealth Transportation Board fully funded Albemarle’s cost for a price increase for the system, but did not add any money to Charlottesville’s portion.

“The city and county are working together on this corridor and these are not separate actions,” Cockrell said.

The council voted 3-2 in early September to continue pursuing its installation.

The MPO also endorsed Charlottesville’s request for a grant to pay for another phase of planned U.S. 250 Bypass commuter trail.

“The application I’m going to submit in November is to complete a section under the Dairy [Road] bridge, which needs a retaining wall, and down to Hydraulic Road,” said Chris Gensic, the city’s trail planner.

The existing pathway in that location will be widened to 10 feet.

When complete, the trail will be part of a loop that will thread through northwest Charlottesville. This will consist of a trail that will run alongside the Meadow Creek Parkway, trails throughout the eastern side of McIntire Park, and the new Meadow Creek Stream Valley Park.