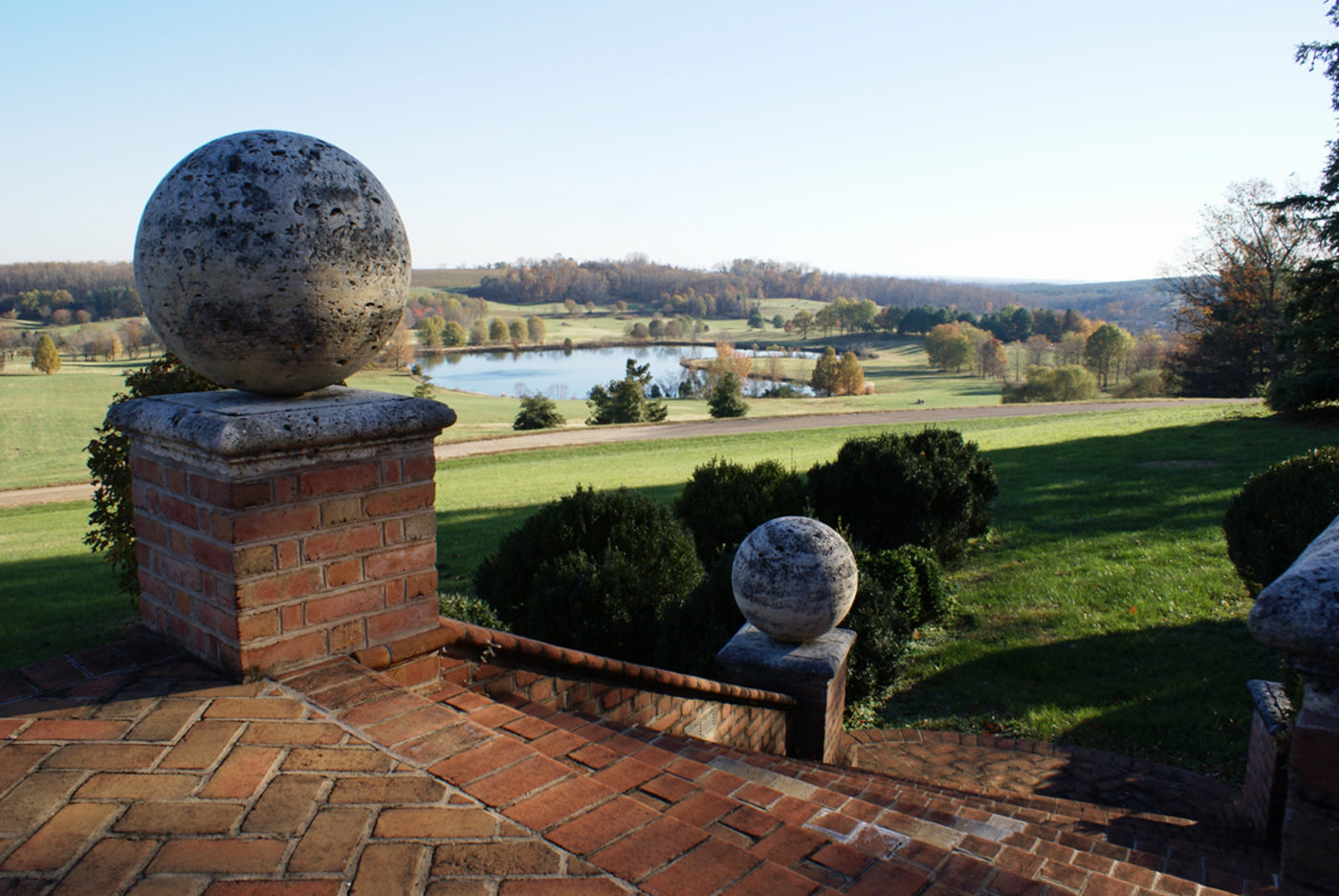 The Virginia Outdoors Foundation says it will not allow a golf course on land near Trump Winery in Albemarle County.

The new determination, while not final, is based on the existing plans for the Trump National Golf Club under review by the county.

“[B]ased on the information currently available and without more, VOF does not believe that the ground disturbance depicted on the concept plan or that would otherwise be necessary for a champion-style golf course would be permitted,” wrote Brett Glymph, executive director of the foundation.

Glymph’s Oct 30 letter was sent to county officials as they continue their review of Eric Trump’s plans to build a championship golf course on the former estate of Patricia Kluge.

Trump is president of Trump Winery and executive vice president of development and acquisitions for his father Donald Trump’s New York-based company.

Albemarle staff members also have told Trump’s representatives that his application for a special-use permit, required for a golf course in the rural area, lacks key details necessary for them to make a recommendation.

In an Oct 31 letter, the county asked for more details on the golf course layout, traffic impacts, pesticide and fertilizer use and stream buffer impacts.

“We are working through their comments,” said Kerry Woolard, general manager of Trump Winery. “We have gone back to the engineering group and the team that did the conceptual layout. All these things take time.”

Trump has to convince Albemarle County to issue a permit and separately get approval from the Virginia Outdoors Foundation, which holds a protective easement on the majority of the land where the course would be located.

The conservation easement is recorded in the deed for the property, which was purchased by Trump Virginia Acquisitions LLC in 2011. The easement limits commercial activities and “temporary or seasonal outdoor activities” that “permanently alter the physical appearance of the property.”

James Neale, an attorney with McGuireWoods, represents the League for Preservation of Conservation Easements, an advocacy group formed in part by neighbors of the winery who opposes the golf course.

“There’s a reason one of the world’s most sophisticated developers doesn’t have a specific plan to share,” Neale said. “The more he shares, the more he jeopardizes his proposal.”

Woolard said Trump will respond to Albemarle’s request for more information by resubmitting an updated proposal.

Bill Fritz, Albemarle’s chief of current development, says Trump has until Dec 2 to resubmit. Otherwise, Trump will have to ask for a deferral to get more time. If Trump meets that deadline, the earliest a public hearing could be held before the Albemarle Planning Commission is Jan 28.

Woolard said it was important to differentiate the reviews being conducted by Albemarle and the outdoors foundation.

“A special-use permit from the county is clearly for the land-use issues,” Woolard said. “The easement, however, is between us and the Virginia Outdoors Foundation. The level of completeness for each may be different.”

Without a special-use permit from Albemarle, Trump cannot build the golf course.

“The VOF wants something more exact from our golf course planner, which could cost us millions of dollars to produce,” Woolard added. “So we want to get the land-use issues with Albemarle addressed first.”

Were Trump to get approval from Albemarle but not the Virginia Outdoors Foundation, it could face a legal challenge over the easement.

Glymph took the helm as executive director of the Virginia Outdoors Foundation on Sept 1. She met with Woolard and others from the Trump organization on Oct 2.

Her Oct 30 letter to Albemarle officials noted a prohibition on “any grading or earth removal” materially altering the property. Albemarle staff said the extent of the grading required could not be determined based on the existing plans.

Glymph’s previous job was as an assistant attorney general for real estate and land conservation in the Virginia attorney general’s office. There she also served as general counsel to the foundation she now runs.

Glymph said she was not involved in the Trump project prior to her joining the foundation. A letter from her predecessor said the foundation had serious doubts about the golf course.

“I would say it is consistent,” Glymph said, referring to her first assessment of the project. “We shouldn’t make a final determination until the record is fully developed.”

While her letter says the application currently “lacks the specific information needed” to reach a definitive answer, it also notes the foundation intends to “vigorously enforce this easement.”

“The change in tenor is intended to advertise that we have sincere doubts about the feasibility of this project on land subject to easement,” Glymph said. “If they proceed, they do so at their own risk.”

Woolard says that the property previously had a private nine-hole golf course. On a tour of the site, she pointed to fairway locations and what she characterized as unnaturally flat areas that she said appear to be the location of the former course’s tee boxes and greens.

“You can come and look out onto the property and it looks like a golf course today,” Woolard said. “Have the sand traps been filled in? Yes. But you can clearly see where the grasses are different.”

“Our intention is to do this within the conditions of the easement,” Woolard added. “We want to be good partners.”

“The Trump folks are quick to say there was already a nine-hole course, and that all they are doing is reverting to the previous recreational use,” Neale said. “That is disingenuous. That course was plowed under and allowed to go fallow, reverting to its natural state.”

Neale points to the easement’s 2006 baseline documentation report which said the old golf course was removed.

“Formerly a private golf course, the property has been returned to its natural topography and artificial grading removed before the placement of the easement,” the report states.

“It may not be controlling of any question, but it has to be taken into serious account when you are interpreting the easement,” Glymph said.

“The Virginia Outdoors Foundation has a longstanding practice of not taking easements when golf courses exist,” Glymph added. “The re-naturalization of the area was certainly important.”

Glymph said that, to the best of her knowledge, the foundation had never previously had to deal with a conflict between an easement and a proposed championship-style golf course.

“This is also very high profile because of the land owner,” Glymph added.

In addition to the Virginia attorney general’s office, the Virginia Outdoors Foundation has appointed outside counsel to assist with its review.