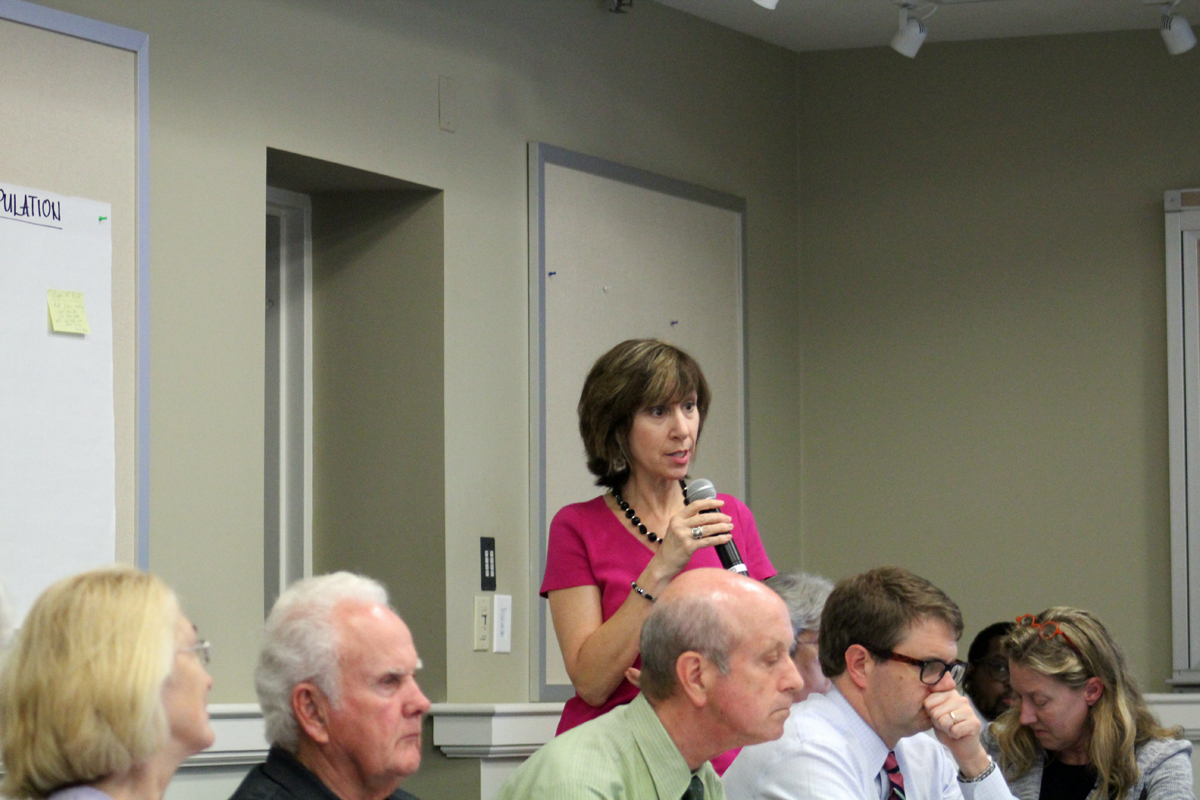 The county’s director of economic development, Faith McClintic, stressed in a report the need for diverse opportunities for residents, and the importance of attracting manufacturing jobs to the area.

“Manufacturing is really one of our bread and butters … It really needs to be part of our economic development,” she said. “We are dominated by educational services … It’s the same thing as putting all of your eggs in one basket, and it is not a really good way to do things.”

A graph of employment by industry for the county showed more than 16,000 residents are employed in education, followed by health care and social services, with 6,600 workers combined.

Albemarle County has the lowest labor force participation rate of any of its peer counties, meeting documents showed.

Nearly 82 percent of Albemarle residents ages 25 to 44 are participating in the workforce, compared with 85 percent in Fauquier County, 86 percent in Hanover County and 84 percent in Rockingham, the report showed.

For workers ages 20 to 24, Albemarle was at 56.5 percent, the lowest among its peer group and 10 percentage points lower than James City County, the next-highest performer.

Of those in the workforce, the report showed, more than 26 percent of Albemarle residents hold some form of advanced degree, but only 7.8 percent of available jobs require more than a bachelor’s degree.

Those numbers, said Supervisor Rick Randolph, do not support staff’s assertion about the need for more manufacturing jobs.

“I am feeling a disconnect between the need for manufacturing, when what we really need to focus on is the underemployment situation,” he said. “I am looking at a target sector for employment that is missing our biggest need.”

By contrast, 25.9 percent of county residents hold a bachelor’s while more than 40 percent of open positions require the four-year degree.

More than 15 percent of county job seekers have been in the workforce for between five and 10 years, a table in the report showed, while 62 percent of those looking for work had at least a decade of experience.

Fewer than 5 percent of available jobs called for more than five years in the labor force.

Other officials said they were concerned that the wages manufacturing jobs would pay might not keep up with the county’s cost of living.

With the exception of utility bills, a table in the report showed Albemarle has the highest cost of living index among all of its peer counties except those in Northern Virginia.

Tax revenues from county employers is another concern, McClintic said.

Four of the county’s top 10 employers are public sector, which generally pay less than private companies, and generally are tax exempt, so they do not directly contribute money to the locality.

“We have something that has been working very well for us … but of our top 10 employers, almost half of them are non-taxpayers,” McClintic said.

Supervisor Brad Sheffield was late to the meeting, but had sent fellow supervisors a written call for the county to conduct a comprehensive proactive rezoning of industrial land.

“We need to better articulate the business-related land use intentions in the Comprehensive Plan and immediately take steps to rezone to match,” Sheffield wrote. “This lack of clarity and appropriate zoning is keeping our county from being prepared for opportunities.”