UPDATE: Charlottesville officials have not responded to Brackney’s demand for a $3 million settlement over her September termination 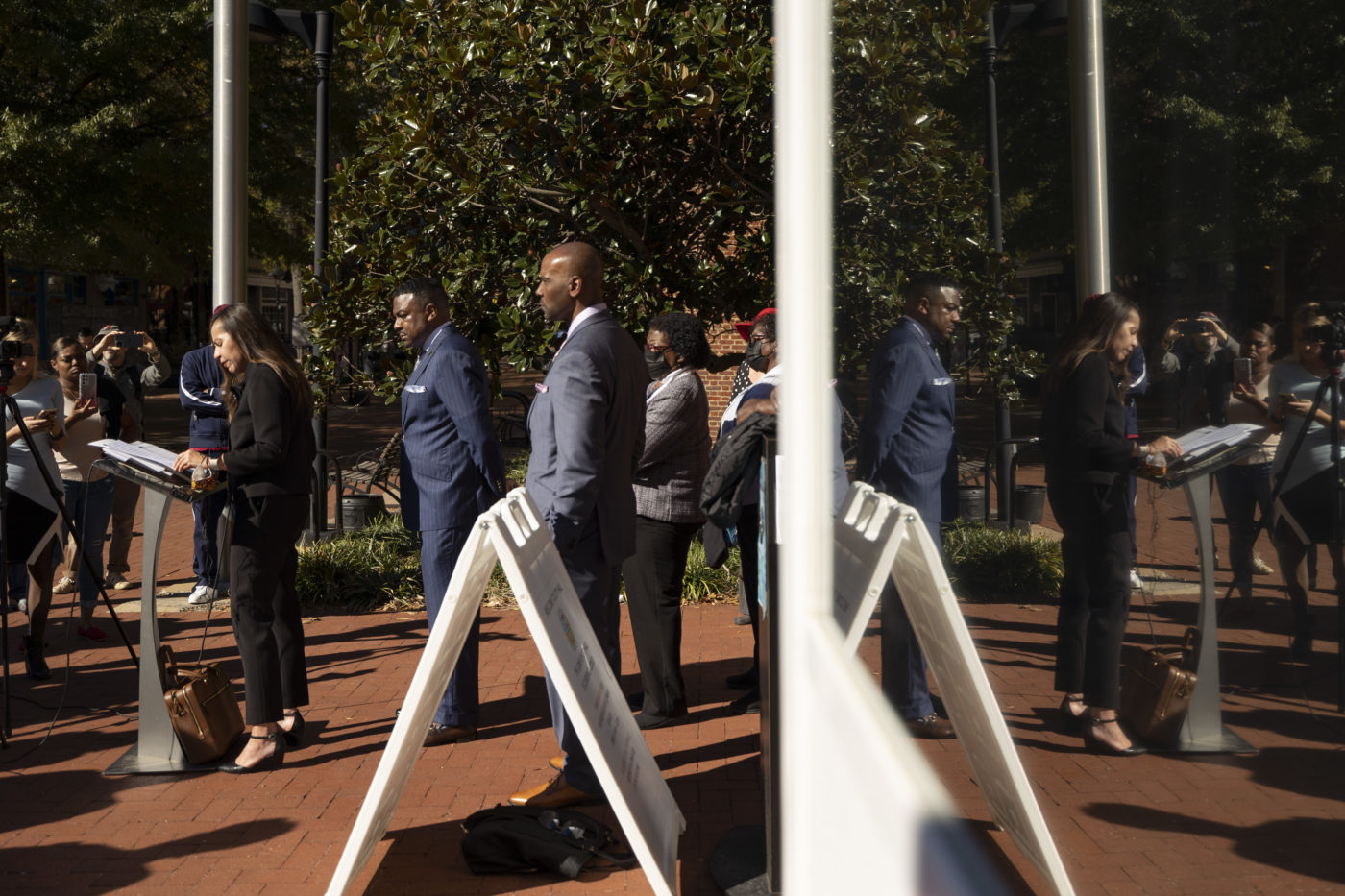 Charlottesville’s former Police Chief RaShall Brackney gave the city a Friday deadline to pay her $3 million in damages or she said she would sue for wrongful termination. That deadline has now passed and her lawyer said he’s received no response from city officials.

“[The city] has not reached out to my office in any way, shape, or form to ask for an extension,” said Charles Tucker, a lawyer for Brackney. “They have not reached out with offers.”

It’s still not clear if or when Brackney will file the threatened suit.

Tucker said he and Brackney will be “moving forward with the process” but if the city reaches out, they are open to a “good faith offer” and “good faith discussions.”

Still, he said they will “move forward with filing a federal complaint” and have been building a case.

Earlier this month, Brackney sent the city a letter demanding officials pay her $3 million by Friday to avoid a lawsuit. City hall was closed Friday for the Thanksgiving holiday.

“No updates to report as of yet,” Deputy Communications Director Joe Rice told Charlottesville Tomorrow in an email Monday.

City Council members did not respond to Charlottesville Tomorrow’s requests for comment, save for Lloyd Snook who declined to comment.

Earlier this month Brackney claimed that she was wrongfully terminated based on her gender and race. She told reporters at a news conference that she had lodged a charge with the Equal Employment Opportunity Commission.

In most cases, in order for someone to sue an employer over discrimination, they must first file a charge with the EEOC.

Once an EEOC charge is filed, an investigation is conducted and an attempt to reach a settlement between parties may be made. If no settlement is reached, the EEOC can issue Brackney a right to sue letter, which will allow her to take the city of Charlottesville to court.

The EEOC does not comment on pending charges. Brackney’s lawyer estimates an investigation could take about six months.

Tucker says that “on its face already we have a number of claims that we can move forward on.”

“We’re going to give the Office of Human Rights the opportunity to move forward in their regard, but we are already building a federal complaint and stand ready to file it as we deem fit,” he added.

He said that the Office of Human Rights serves as an “intermediary” of EEOC to pursue the claims Brackney laid out.

Brackney also filed a complaint with the NAACP, asking that they bring their own suit.

In her demand letter to the city she asked for a public apology and that officials consider reinstating her as chief — along with the $3 million.

She and her lawyer echoed allegations they made in a Nov. 9 news conference in which they announced Brackney’s demands — chiefly that there is racism, misogyny and nepotism within city government.

“My ultimate outcome is that we create systems and processes where equity and justice are applied across the board throughout the city of Charlottesville,” Brackney said.

Brackney was fired on Sept. 1. Tuesday is her last day on city payroll.