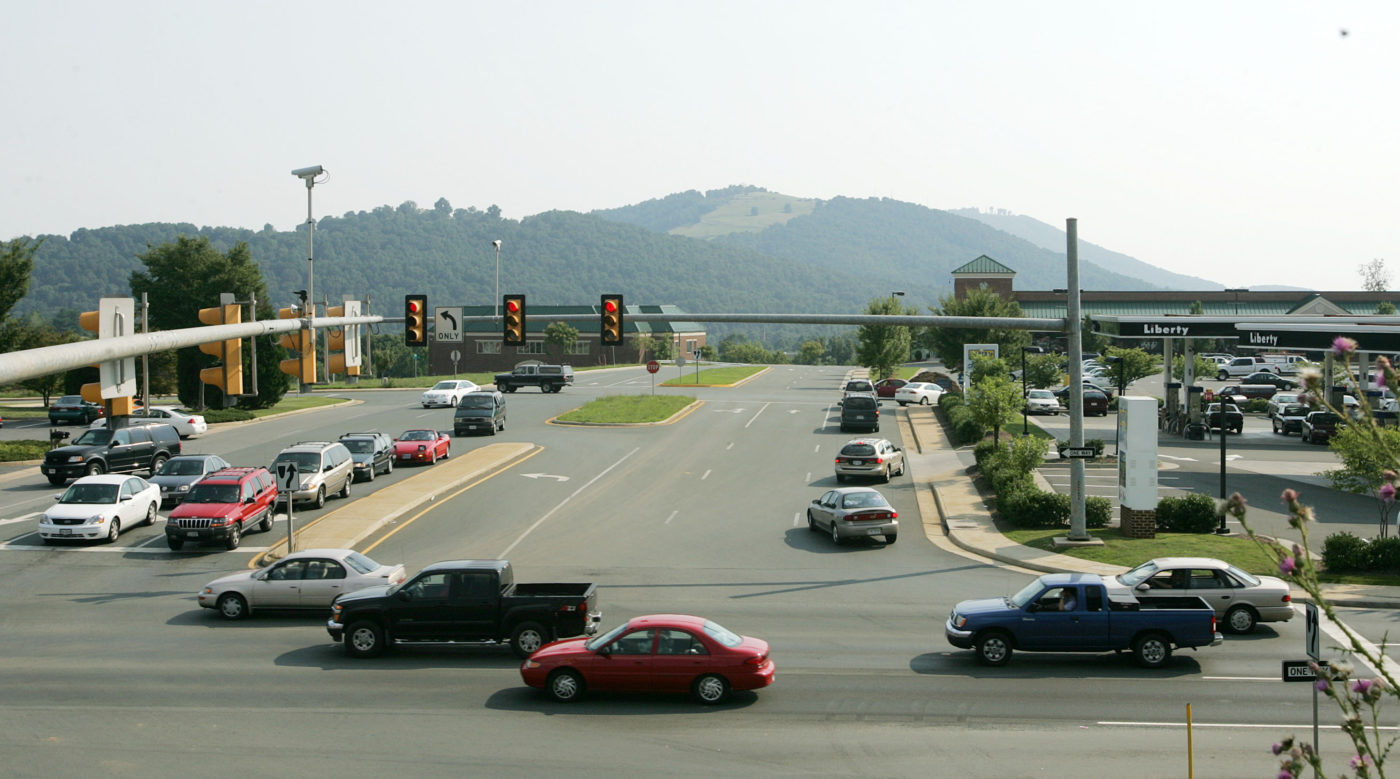 As population continues to increase, the man in charge of running Albemarle’s government is searching for ways to pay for the urban infrastructure called for in the county’s guiding documents in an era of limited resources.

“How do we get to that aspirational future that makes a difference instead of just limping along like we have been?” asks Tom Foley, Albemarle’s county executive.

Since 1980, the county’s Comprehensive Plan has designated 35 of Albemarle’s 726 square miles for new residential and commercial development. More than half of the county’s population of 105,000 now lives within those 35 square miles.

However, the county’s proposed $34.8 million capital budget for fiscal year 2017 contains very little in the way of specific projects to build sidewalks, parks and other urban amenities.

Some growth-area residents want to know when they’ll get the amenities called for in the Comprehensive Plan.

“Don’t we as a community at-large have an interest in making sure the Albemarle County growth area functions as a genuine urban area with city amenities that people want to live in?” asked Rex Linville, a member of the newly formed 5th & Avon Community Advisory Committee.

“The people in Pantops have never asked the county for anything, and now we’re saying we have priorities,” said Diane Berlin, a member of the Pantops Community Advisory Committee.

That group was established after supervisors adopted the Pantops Master Plan in 2008.

“Pantops and other urban areas … are intended to be more urban or city-like in character and less suburban, with support of a full range of public utilities, facilities, services and amenities,” reads the plan’s introduction.

Eight years later, Berlin is frustrated by a lack of progress.

More than 300 people signed a petition in late 2014 asking the county to plan for a pedestrian bridge to allow people to safely cross U.S. 250. The concept was beginning to take root in the county’s planning process, but plans were set back in January when supervisors opted not to fund a feasibility study.

“It deflated everybody, and I’m trying to raise the energy again,” Berlin said.

Last year, Berlin started the independent Pantops Walkability Committee to advocate for a Pantops that matches the vision in the master plan.

“Since we don’t have the money right now what we’re trying to do is plant the dream,” Berlin said. “I’m trying to create the vision, and we’ll get the money.”

But Pantops is not the only urban area whose residents question whether infrastructure called for in the Comprehensive Plan will be implemented.

Linville, who also is on the staff of the Piedmont Environment Council, moved into the county’s Redfields neighborhood in 2002.

“I would say it feels more suburban than urban where I live because there are no sidewalks, bike lanes or real amenities you can quickly and easily gain access to,” Linville said.

Each urban area has an advisory committee made up of residents, business representatives and other stakeholders.

Linville and other members of his fledgling committee are slowly getting up to speed on the ins and outs of the county’s planning and budgeting processes.

“We don’t have any real authority or power, so what will be interesting over time is to see what kind of influence we actually have over the direction of our urban area,” Linville said.

Members of the county’s first master plan council felt the same way back in 2003 after supervisors adopted a guiding document for Crozet.

“Nobody really had a good sense of what our committee might do,” said Tim Tolson, a charter member of the Crozet Community Advisory Committee.

Tolson said the Crozet committee built on efforts by the nonprofit Crozet Community Association to protect the area’s character.

“One of the principles of the first master plan was to get the infrastructure ahead of the growth,” Tolson said. One “of the specific ones for us was not letting U.S. 250 get developed to push development into downtown.”

Albemarle currently is channeling significant resources to the intersection of U.S. 29 and Rio Road, which is being converted into a grade-separated interchange.

The new Northside Library recently celebrated its first anniversary, and a small-area plan is being conducted to determine what public infrastructure is needed to support redevelopment.

Foley’s proposed budget for the coming fiscal year includes $250,000 for an “urbanization fund” designed to spark redevelopment in and around the intersection of U.S. 29 and Rio.

“This money is sort of small-scale where we might be able to do some infrastructure improvements,” Foley said. “Maybe there’s a critical sidewalk connection that’s necessary to bring a couple of areas of the community together.”

Foley said the county is considering different zoning for the area to incentivize redevelopment, as well as special tax districts to pay for infrastructure.

“The economic development of this is pretty critical, too,” Foley said. “It may be that there’s some creative public-private partnerships that would be part of what goes on there.”

Tolson said the other growth areas have to create something that Crozet has had all along.

“We’ve always had this identity of Crozet as a village or a town, and we were able to leverage that to give people a sense of wanting to protect the thing that is unique about Crozet,” Tolson said. “The other areas need to figure out how to create their own identity.”

That’s the goal Berlin has in mind for the pedestrian bridge on Pantops.

“We are the first entrance from Richmond,” Berlin said. “It is absolutely gorgeous when you get to the top of this. We want something that fits in beautifully.”

Berlin said the bridge would be a catalyst for a whole series of projects that would connect Pantops neighborhoods and create incentives for businesses to locate there.

She wants the county to consider using the Virginia Department of Transportation’s revenue-sharing program to pay for a portion of the bridge. The capital budget proposes using $1.72 million next year as a local match for projects to be determined.

Linville said Charlottesville is able to provide more amenities, such as crossing guards, because of a higher tax rate.

He said the 1982 city-county revenue-sharing agreement has an impact, as well. Albemarle will contribute about $15.8 million to Charlottesville in next year’s budget, almost 10 percent of the city’s general fund revenues.

“I want kids in Mill Creek to be able to walk to Cale Elementary School,” Linville said. “The county can’t get them to walk there because there’s no money in the budget for a crossing guard.”