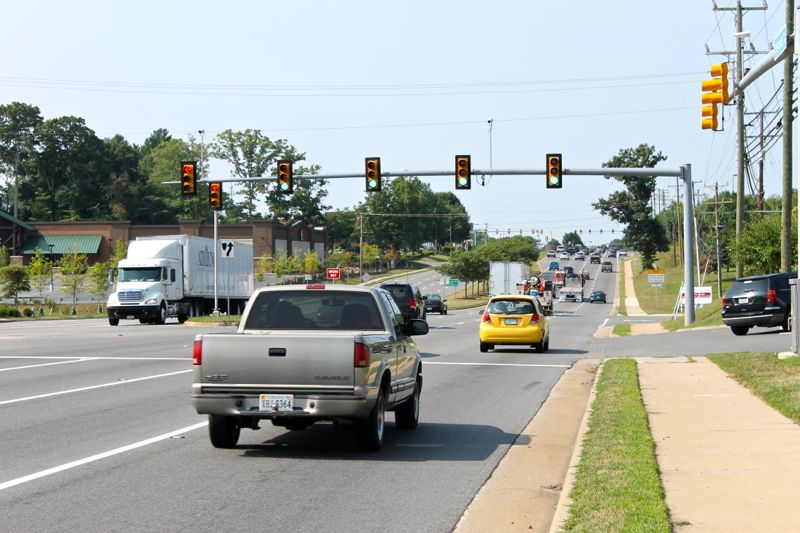 The leader of a stakeholder panel that is overseeing more than $200 million worth of construction projects in the U.S. 29 corridor said Thursday that he is listening to its members, despite complaints to the contrary shared with the Virginia Secretary of Transportation.

Philip A. Shucet told the Route 29 Project Delivery Advisory Panel that he has been charged with implementing several projects that have been approved and funded by the Commonwealth Transportation Board.

‘I’m going to do my best to represent your collective wishes, but I’m also going to bark if I think that we’re getting off track somewhere,” Shucet said.

Shucet presided over the third meeting of the panel, a group that consists of elected officials, business representatives and other stakeholders.

This is the second panel the former VDOT commissioner has overseen since the $244.5 million Western Bypass project lost the support of local, state, and federal officials earlier this year.

VDOT has issued a request for qualifications for a single firm to design and build an $81 million grade-separated interchange at Rio Road and U.S. 29, a $54 million extension of Berkmar Drive, and a $51 million widening of U.S. 29 between Polo Grounds Road and Hollymead Town Center.

On Wednesday, Supervisor Brad Sheffield told Virginia Transportation Secretary Aubrey Layne that many panel members felt they were not being listened to during the meetings.

Shucet disagreed and said the panel had already contributed many suggestions. For instance, he said, VDOT will not include the southern extension of Hillsdale Drive as part of the design-build package, despite the project receiving $10 million in funding.

“I can’t offer any guarantee that every suggestion is going to result in an action,” Shucet said.

Some panel members have complained they have not seen details about the scope of the Rio Road interchange.

Shucet said final design on the three projects cannot start until the CTB selects a contractor in February, but the panel will see more details on Rio Road at its Aug. 28 meeting.

“By all means, we should have a conceptual drawing for Rio,” Shucet said. “There are engineers doing some preliminary work on the design-build package.”

However, he unveiled a timetable that lists major milestones that must be met to ensure all the projects are completed by October 2017.

“About a year from now, we’re going to have a set of plans for construction for Rio,” Shucet said.

Plans to manage traffic and relocate utilities will be developed in the spring, Shucet said. The road and bridge designs will be reviewed by July, and the plans will be approved by August 2015, he said.

Detailed schedules on the other two projects will be presented at the next meeting.

“Berkmar and Route 29 widening will go through all these same steps but at different dates,” Shucet said.

Design public hearings for the widening project and the interchange are slated to be held in November — before the contractor is selected. Shucet said that was within federal public participation requirements.

VDOT is slated to hold a location meeting for the Berkmar Drive Extended project Sept. 16 and plan to seek alignment approval from the CTB Oct. 15. The design public hearing for that project is expected to take place in July 2015.

“The conceptual plans that we will see next meeting will continue to be worked on and developed by VDOT’s preliminary designers to prepare for the design public hearing,” Shucet said. “The input will be available to the contractor that is selected in March and will form the basis for what the contractor will do to start their detailed design.”

The panel also heard an update on projects that are not in the design-build package, including the so-called Best Buy ramp and the Hillsdale Drive extension project.

The Best Buy ramp will be advertised for construction bids in December.

“That way, construction can be in the spring,” said VDOT engineer Dave Covington.

Henry Weinschenk, a panelist who owns the Express Car Wash on U.S. 29, said he thought it was unrealistic that VDOT could finish the projects before October 2017, given that the Best Buy ramp has been in the planning stages for several years.

“I am somewhat concerned that these projects, which are not fully designed, are moving along at 100 mph,” Weinschenk said. “And this project, which is pretty much done and we know a lot about, it’s going slow. We have a contradiction going on here, and to get some credibility out of VDOT, we need the Best Buy ramp done by the end of 2015.”

One panelist asked what would happen if the bids all come in higher than the $185 million that will be set aside in the request for proposals.

“We do not anticipate bids will come in higher than the budget,” Covington said. “If it were to happen, there are some steps we could take to change the scope, but that’s a very low probability in our risk analysis.”

The panel also was presented with the basic structure of a communications program that will be put together to help answer questions before, during and after construction.

“We need to make sure, when we begin to work together, that [the] community should hear one voice and not hear something from the MPO that may sound different from what VDOT was doing,” said Chip Boyles, the executive director of the Thomas Jefferson Planning District Commission.

Boyles said it is crucial to for all the involved government agencies to work together to make sure as many people as possible know how they might be affected by construction. The communications group would have representatives from elected bodies who could explain why certain rules may need to be lifted during construction.

“The biggest concern is what’s going to happen after construction,” Weinschenk said. “What can be done to make the traffic patterns such so that businesses still have traffic in front of them when this is done?”

Peter Borches, president of Carter Myers Automotive Properties, said he hopes the community can learn from what has happened in other localities. But, he added that it is important to listen to commercial interests on the corridor while crafting the communications plan.

“No one will have better thoughts on how to save their businesses than the business owners themselves,” Borches said. “Let them be part of the process.”