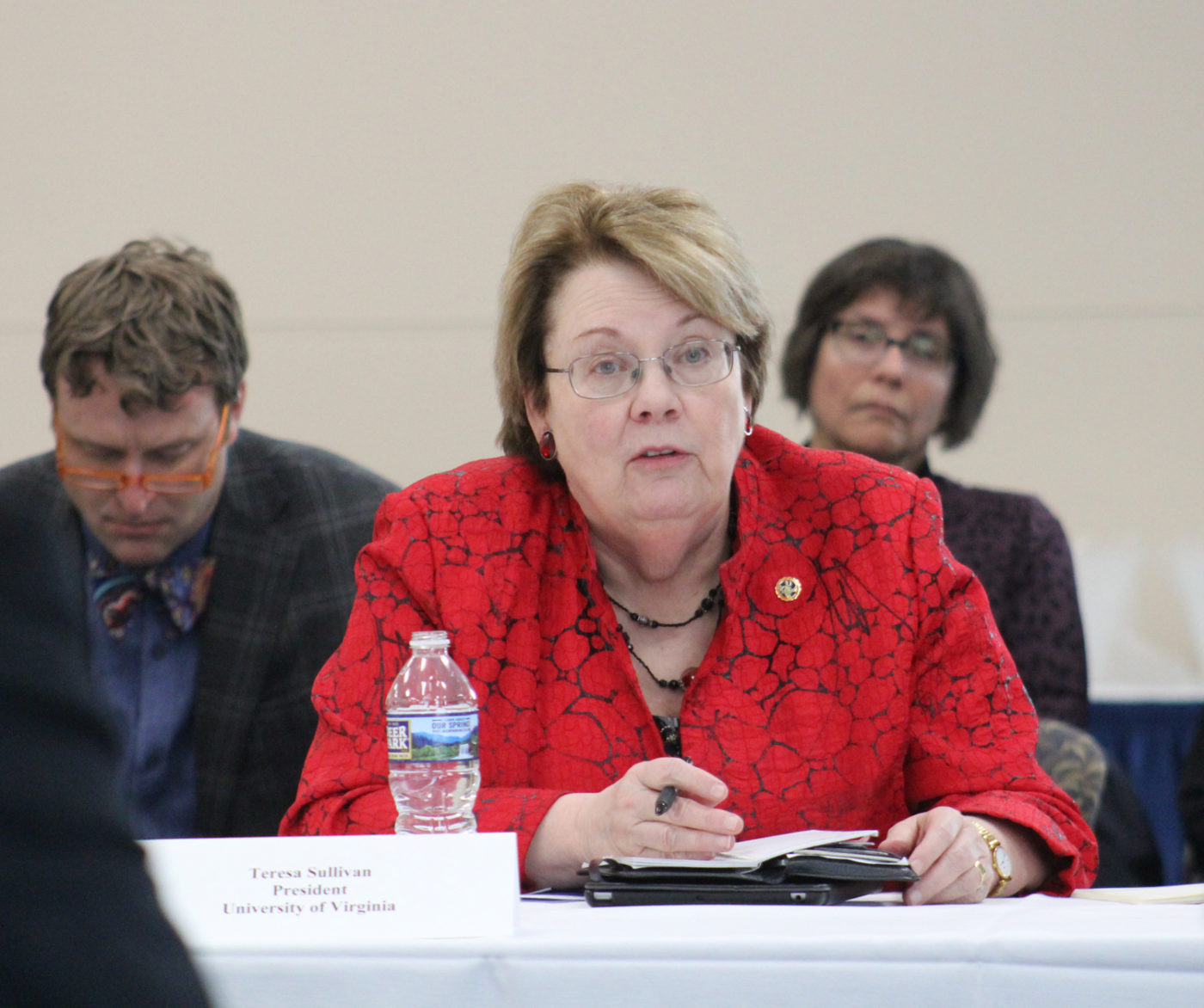 As new technology companies continue to percolate in Charlottesville and Albemarle County, the University of Virginia wants to know if its graduates can help provide more of the talent.

“Every May, we have over 3,500 students largely leaving this area and going elsewhere in the country,” said Pat Hogan, executive vice president and chief operating officer at UVa. “There is so much talent that graduates and leaves the area. If we can find ways to keep more of that talent here, it could really impact the region.”

Hogan made his comment at the March meeting of the Planning and Coordination Council, a public body created in 1986 to facilitate collaboration between the city, county and UVa. The group discussed whether PACC should focus more on economic growth in the community.

A study conducted last year by the firm Tripp Umbach found that the university contributes $4.8 billion to the Thomas Jefferson Planning District each year, including $200 million in local government taxes.

That number could increase as UVa seeks to build a stronger relationship between academic research and new entrepreneurs. According to the report, UVa faculty were responsible for seven startup companies in fiscal year 2015, with a total of 53 since 2006.

Hogan said the university is seeking to boost its research significantly and that there is currently about $325 million in funded research projects.

“We’d like to really be over $500 million and that’s the commitment the administration and the [Board of Visitors] has made,” Hogan said. That will mean hiring more faculty, who in turn will need to hire more support staff.

“Economic growth really happens when our population grows,” UVa President A. Teresa Sullivan said. “There are certainly people in the city and county who are opposed to population growth.”

According to projections calculated this year by UVa’s Weldon Cooper Center for Public Service, Charlottesville’s population is expected to grow to 55,501 by 2040 while Albemarle’s will grow to 141,221. That compares with the center’s 2016 population estimates of 49,071 and 105,715, respectively.

Local officials also are asking where those additional people might work and find affordable housing.

Albemarle County has been stepping up its efforts to promote and encourage business activities within its urban growth area. The county is seeking to hire an economic development director and also is looking to promote redevelopment of land so it can be used by new companies.

“We have areas that need to be revitalized and we’d like to end up with some of those places in Albemarle County and create some synergy for both Albemarle and Charlottesville,” said county Supervisor Diantha McKeel, who represents the urban-ring Jack Jouett District.

Hogan said at the meeting that he wants to encourage activity at the UVa Research Park near the Charlottesville Albemarle Airport. There are 200 undeveloped acres at the 562-acre property.

“Why couldn’t that be a combination of us, retail and business?” Hogan asked. “We’re going to need more schools in the county in time if you look at population the way it’s going.”

Hogan also said the former Blue Ridge Sanatorium on Route 20 is another possible location for startups that could be explored with the city and the county.

However, City Councilor Kathy Galvin said the quality of a place is a big driver for companies as they decide where to locate.

“The pressure you’re seeing, though, is about people wanting people to be in Charlottesville because of the character of the place,” Galvin said. “There is a concern that as we evolve and develop into much more of an innovation and creative-based economy that we become more expensive. Even a simple gesture of putting in parks and street trees is viewed as an element of change that raises land value, which then raises housing prices.”

Galvin said many people who have lived here for a long time have begun to feel they can no longer afford to do so.

“That is one of the big issues that we need to figure out,” Galvin said. “How do we grow without displacement?”
Sullivan said that’s a tough issue.

“I spent 27 years in Austin[, Texas], during which time the city experienced tremendous growth,” Sullivan said. “The city attitude was one of no growth. It was kind of like a reverse ‘Field of Dreams:’ If you don’t build it, they won’t come. So they didn’t build it and they came anyway.”

Hogan said he believes Charlottesville is much more than just the central downtown area and that not all startup companies need to be within walking distance of the pedestrian mall.

Galvin said the area south of downtown is not yet developed and the city’s Strategic Investment Area was created to help guide growth.

“We are at a point where we are redeveloping because we have no other place to grow,” Galvin said. “The reason why people want to live here is because they want to bike and walk. There’s no way getting around that.”

Hogan said the three entities should look at ways to advance the whole community.

“Obviously, you look out to Crozet, there’s a huge community out there,” Hogan said. “I worry it’s somewhat limiting if we just focus [economic development] on our ability to walk to the Downtown Mall.”

Galvin said she welcomes discussion of building in other parts of the region in part because that would improve the viability of transit networks.

“We all kind of have our own strengths,” Galvin said. “How can we complement each other so that the whole ecosystem is thriving?”

The Planning and Coordination Council next meets from 2 to 4 p.m. May 18 at Zehmer Hall. Meetings are open to the public.