UVA declines to assign blame for COVID spike, but some point fingers at fraternity, sorority recruitment 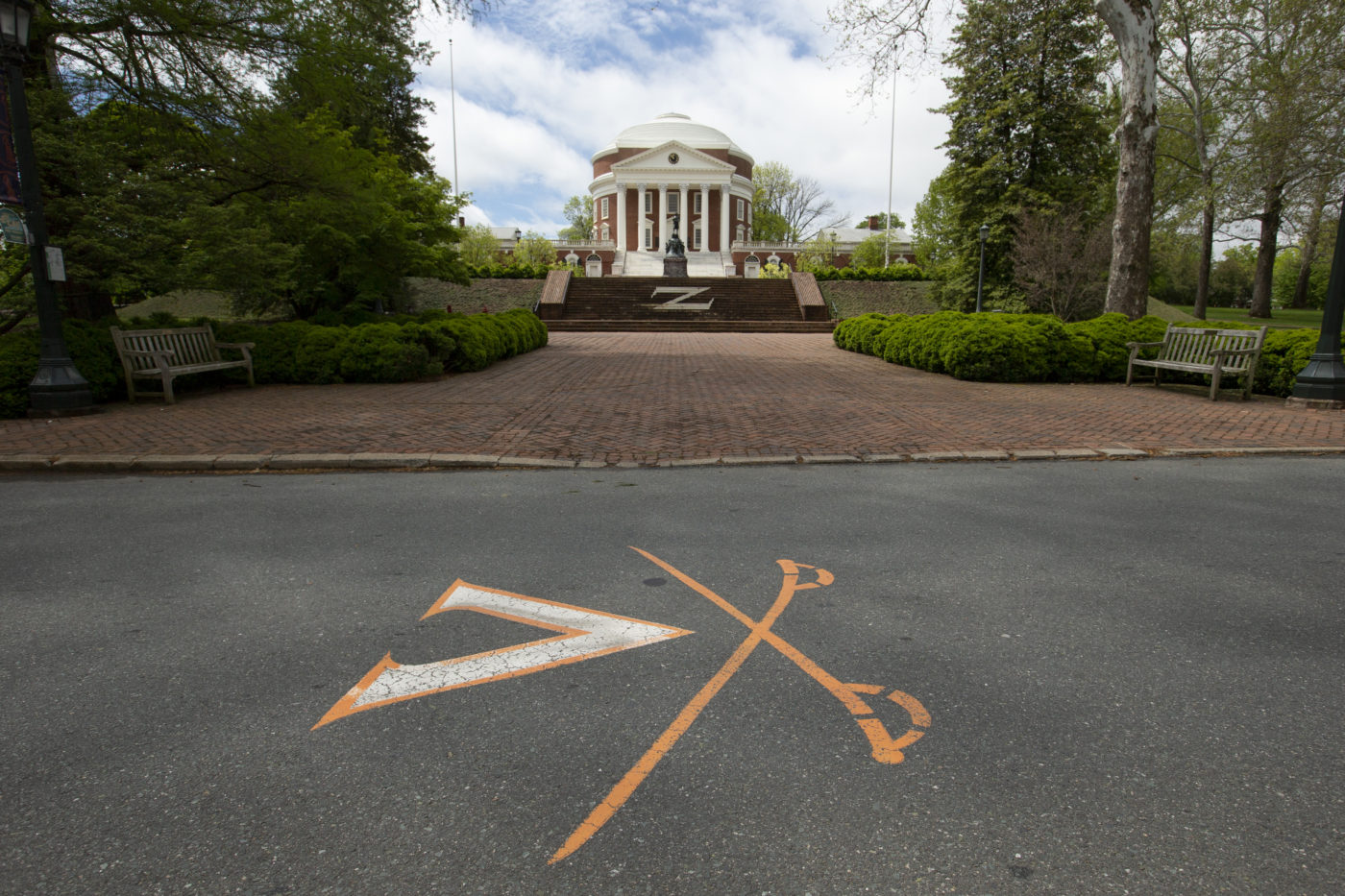 The University of Virginia

Eyes turned to social Greek life as surging cases of COVID-19 prompted what is essentially a campuswide lockdown at the University of Virginia. Still, university officials maintain that no particular group is solely responsible for rising cases.

“Like many other institutions in Virginia and across the country, we are seeing cases rise widely across our student population, and that there isn’t any one group or part of the community that is primarily responsible,” Hester said, linking to a recent Inside Higher Ed article.

The unusually high case count at UVA comes two weeks after students returned to Grounds for the spring semester. The surge also comes at the heels of a 1½-week recruitment process for the university’s Inter-Fraternity Council and Inter-Sorority Council.

In a typical year, recruitment for the two organizations involves numerous in-person meetings throughout the period. Amid the pandemic, however, both groups adjusted their rush processes to include largely virtual formats and some in-person aspects.

Sororities were required to conduct all rounds of recruitment virtually, later welcoming new members with modified in-person bid days on Feb. 14. Fraternities likewise conducted their “Open House” rounds virtually, but later rounds and their Feb. 14 bid day included optional in-person components. Those in-person components were required to comply with UVA’s COVID-19 policies — which at the time limited gatherings to no more than six people.

All in-person events required approval from the IFC governing board and were shared with the university’s Office of the Dean of Students.

“We believe it is unfair to place stricter restrictions on our chapters than those of the University, City, and State, and it is detrimental to PNMs, especially those from diverse backgrounds, to have no opportunities for in-person interactions with active fraternity members,” IFC recruitment plans read.

A 100-person COVID Task Force comprised of active fraternity brothers was responsible for enforcing public health regulations and reporting any violations. Sanctions for such violations ranged from verbal warnings to suspension of in-person gatherings for the recruitment period.

Andrew Huffman, president of the Inter-Fraternity Council at UVA, initially agreed to a phone interview with Charlottesville Tomorrow but later cancelled, instead providing an official statement from the IFC. At the time of publication, Huffman has not responded to inquiries regarding the number of in-person events permitted by the IFC, the number of COVID-19 rule violations reported to the IFC or whether the IFC is aware of any outbreaks within fraternity chapters.

The Blue Ridge Health District declined to confirm whether contact tracing investigations uncovered the spread of COVID-19 at fraternity houses.

Last Friday evening, Feb. 12, a reporter saw multiple groups of young men walking together across Grounds, around the Corner and on Rugby Road. Most were jovial, laughing and talking loudly, while others were more tense. A fight nearly broke out between two young men near the Fralin Museum of Art as a few onlookers gathered around them, some trying to separate the two.

During the recruitment period, several fraternity houses and their technically unaffiliated satellite houses — in which several members of one chapter reside — sat with their blinds drawn or with makeshift coverings taped against their windows.

Karen Marsh, a Charlottesville resident who lives on University Circle, has not noticed large groups or gatherings of students outside in recent weeks.

“I saw on Friday that the numbers went way up in terms of positive cases at UVA, and that’s concerning, but I wouldn’t have known it just from walking around my neighborhood that there was a lot more contact, but clearly there has been,” Marsh said.

University leaders said in a Thursday email to the UVA community that “speculation that Greek organizations, or any other single group or part of our community, are solely or primarily responsible for rising cases is not supported by evidence.”

Officials noted in the Thursday email that the presence of UVA Ambassadors — who are tasked with enforcing compliance with COVID-19 regulations, among other duties — increases regularly in locations with reports of noncompliance. Videos posted on Instagram on Jan. 31 depict UVA Ambassadors taking photos for greater-than-six-person groups of students gathered in Madison Bowl.

The email also encouraged students to report violations through their online portal. University officials will hold a webinar town hall at 3 p.m. Friday to address questions about the virus, ongoing restrictions and other issues.