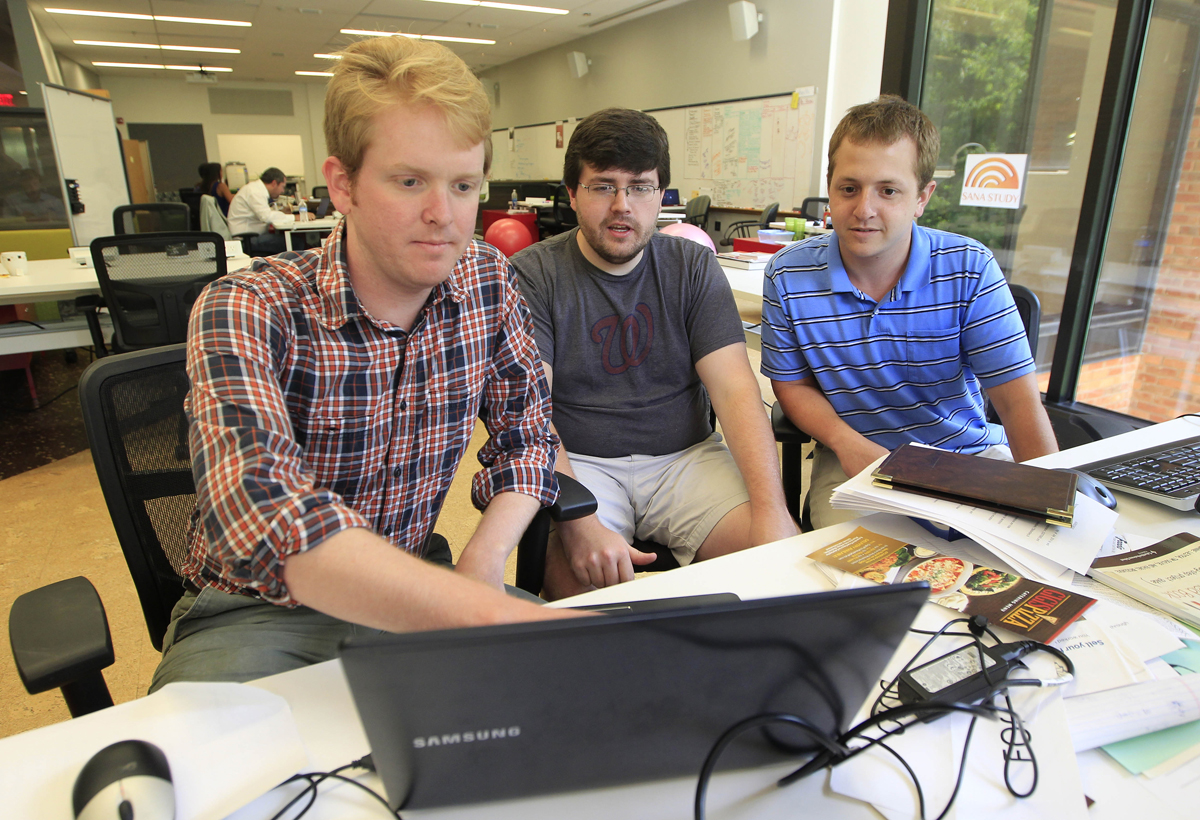 Foodio was born three years ago, when University of Virginia undergraduate Rory Stolzenberg got tired of ordering pizza with a group of friends and getting stuck with the bill.

Stolzenberg created a mobile phone application that allowed him and his friends to easily split the bill when ordering food online. In the process, he figured out that restaurants also could use some help keeping money in their pockets.

“That allows us to help these local restaurants promote themselves when they’re selling their food online,” said Connor Clark, Foodio’s director of business development.

Foodio currently serves 13 restaurants in Charlottesville, including Baggby’s Gourmet Sandwiches on the Downtown Mall and Boylan Heights on The Corner.

Now in its second year, Foodio has been growing in Charlottesville and expanding to other areas, including Waynesboro and Richmond. The company also is working to build online platforms and apps for four restaurants in New York City.

“Getting our first restaurant on The Corner, Boylan Heights, was a big deal for us,” Clark said. “The Corner is such a big part of life at UVa.”

“We’d like to get Foodio into every restaurant we can,” he said. “I honestly believe there isn’t a restaurant that won’t sell more take-out food with online ordering than without it.”

After paying an initial fee of $295 to have Foodio build online ordering and mobile apps, restaurants also pay Foodio 5 percent of all orders placed through the service.

Clark said that 5 percent is a lot less than many other online ordering companies charge.

“If a restaurant is already using one of those sites, they have a natural incentive to switch to us and save money on each of the orders,” he said.

When Foodio approached Baggby’s, the restaurant had no online presence at all. In fact, when Baggby’s came to Charlottesville 20 years ago, co-founder Jon LaPanta marketed the business simply through word of mouth.

“Times have changed,” LaPanta said. “We needed to jump into this.”

Foodio helped to develop and design Baggby’s website, as well as its online ordering system.

“Baggby’s was the first time we went from no Web presence to full-on online ordering,” Clark said.

LaPanta said he was immediately drawn to the team at Foodio and what they had to offer.

“They’re local guys. And they weren’t the fast talkers that we get coming in here trying to sell us all sorts of different services,” he said. “They’re humble, they’re just starting out, and I liked what they had to say.”

By starting an online ordering system for Baggby’s, LaPanta said he hopes to target people who aren’t on the Downtown Mall and passing by his storefront every day. He said he is particularly excited about the UVa students’ return.

“We don’t have a presence over on The Corner,” he said. “I’m looking forward to delivering over there a lot more. When I was in college, I didn’t leave my apartment during finals. It was delivery the whole time.”

Baggby’s also is working on a system to help Foodio customers get their food even more quickly.

“We know that the people using Foodio are doing it because they want convenience,” LaPanta said. “We’re going to put in a speed lane for Foodio [order pickups].”

LaPanta said he sees a lot of himself in the Foodio team.

“The enthusiasm those guys have is the same I felt when I opened Baggby’s back in 1994,” he said. 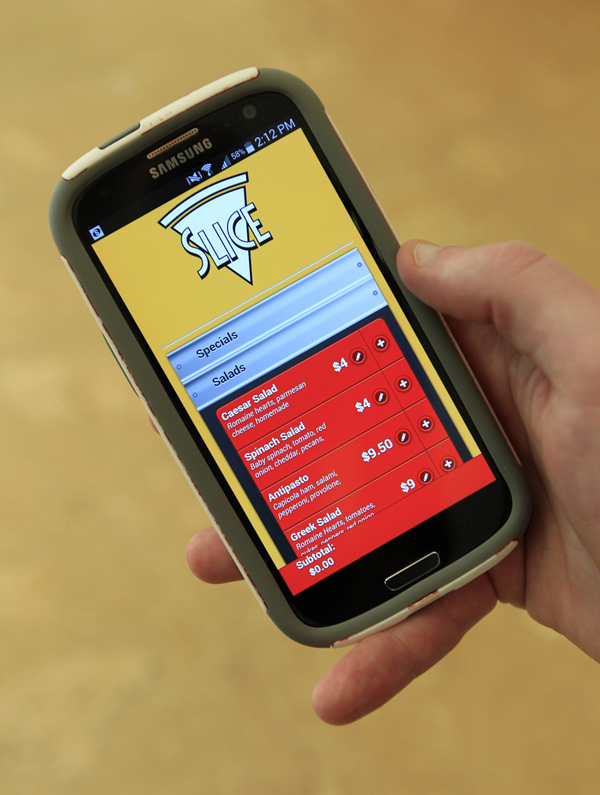 When Stolzenberg graduated from UVa, the Foodio team joined the i.Lab Incubator at UVa’s Darden Graduate School of Business Administration.

“We decided to apply because we wanted to get a foothold in the Charlottesville community,” said DJ Collier, chief technology officer and co-founder of Foodio. “It’s a pretty great setup.”

Launched in 2013, the i.Lab Incubator is an entrepreneurial hub for the university and the community. It provides funding, faculty and student support, office space, access to technological expertise and free legal services.

“They are constantly bringing in mentors and giving useful talks,” Collier said.

During Foodio’s first year with the incubator, the company received $8,000 in seed money. In exchange for the funding, the team committed to spend the summer of 2013 at the i.Lab, focusing on developing Foodio.

Collier and Clark also praised the mentorship they have received at the i.Lab. The i.Lab has a collection of entrepreneurs, local residents and staff on hand to help companies get off the ground.

“Everything’s new and it’s usually changing every day, so it’s helpful to have somebody who you know will give you good advice because their only stake is in your success,” Clark said.

Clark and Collier also talked about Charlottesville as a great place to get a business like theirs up and running.

“There’s a real trend toward entrepreneurship in Charlottesville,” Collier said. “Not having to go far to talk to people that are starting their own businesses and that have had success is a really good thing.”

Customers can order through Foodio using individual restaurants’ websites, the mobile app or by visiting www.eatfoodio.com.