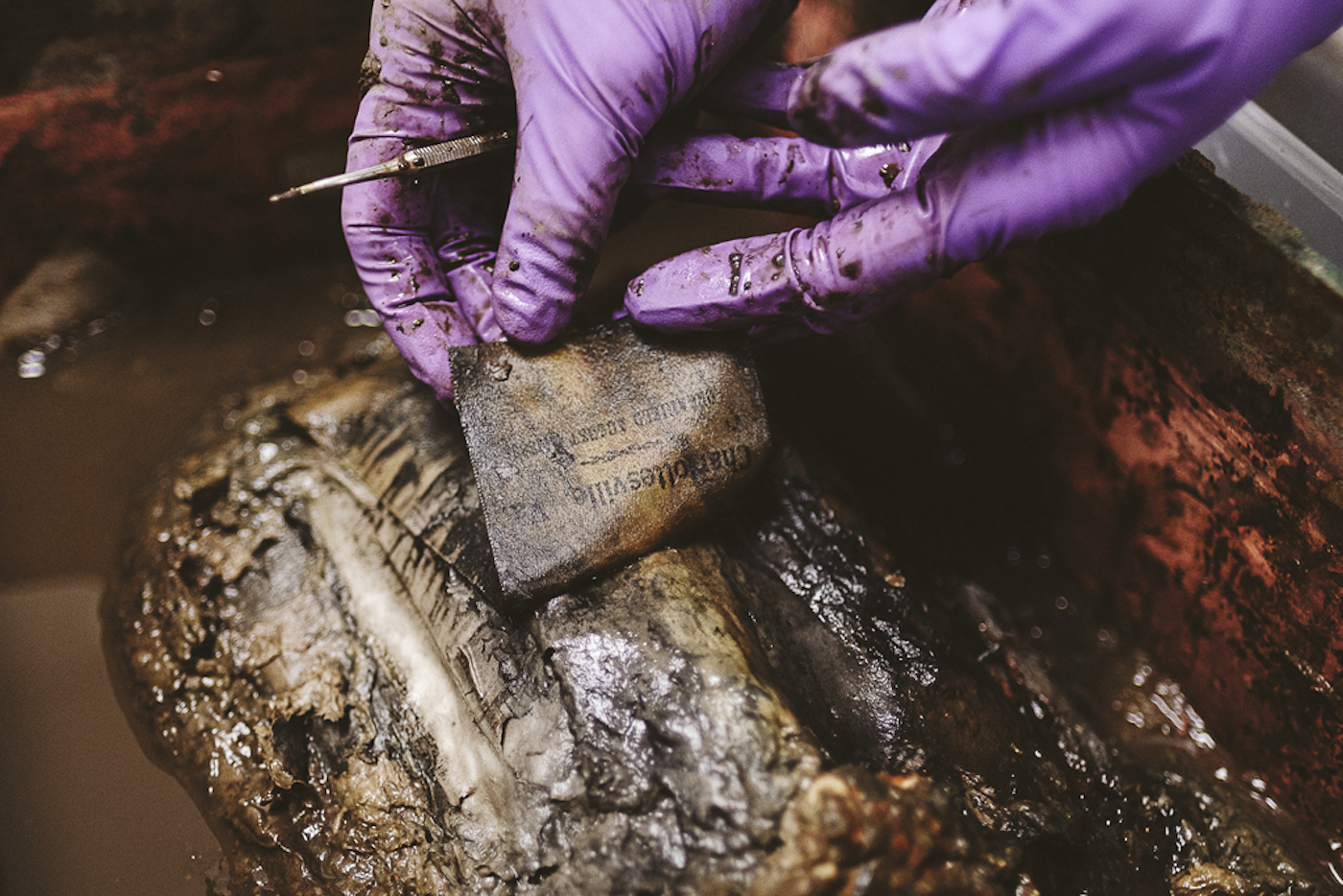 A silk ribbon is carefully removed from the time capsule by Special Collections Conservator Sue Donovan. Its luster has faded over the years, but the ribbon is one of the few items in the capsule to survive even remotely intact.

University and county officials are keeping the full contents of the 111-year-old capsule a closely guarded secret until the Albert and Shirley Small Special Collections Library’s historic preservationists present their findings to the county’s Board of Supervisors at its Nov. 18 meeting.

“This is a once in a lifetime in Albemarle County,” said County Spokeswoman Emily Kilroy. “We think it’s important that the Board of Supervisors, the stewards of the capsule, get the first look.”

What the librarians have said is that the mostly paper contents of the capsule are seriously degraded.

“The time capsule, a copper box containing paper, books and other artifacts, had been placed in a hole in the [statue’s] concrete foundation,” according to the blog post. “The foundation had expanded over time, pressing in on the sides of the thin copper box, and causing the box lid to pop off. This meant that the time capsule had been soaking in groundwater since slightly after it was buried in 1909.”

The paper didn’t hold up well.

However, the librarians were able to use a technique with “strips of non-woven polyester and the capillary action of the wet pages” to peel away some of the more severely damaged paper and reveal “less damaged text in the middle of the piles.”

The bullets were collected from a local Civil War battlefield, according to news reports at the time. Archaeological conservators at the Virginia Department of Historic Resources have analyzed them and determined they were actually Union bullets, based on the date and locations of their manufacture.