UVA student brings ancient Incan designs to Charlottesville and beyond 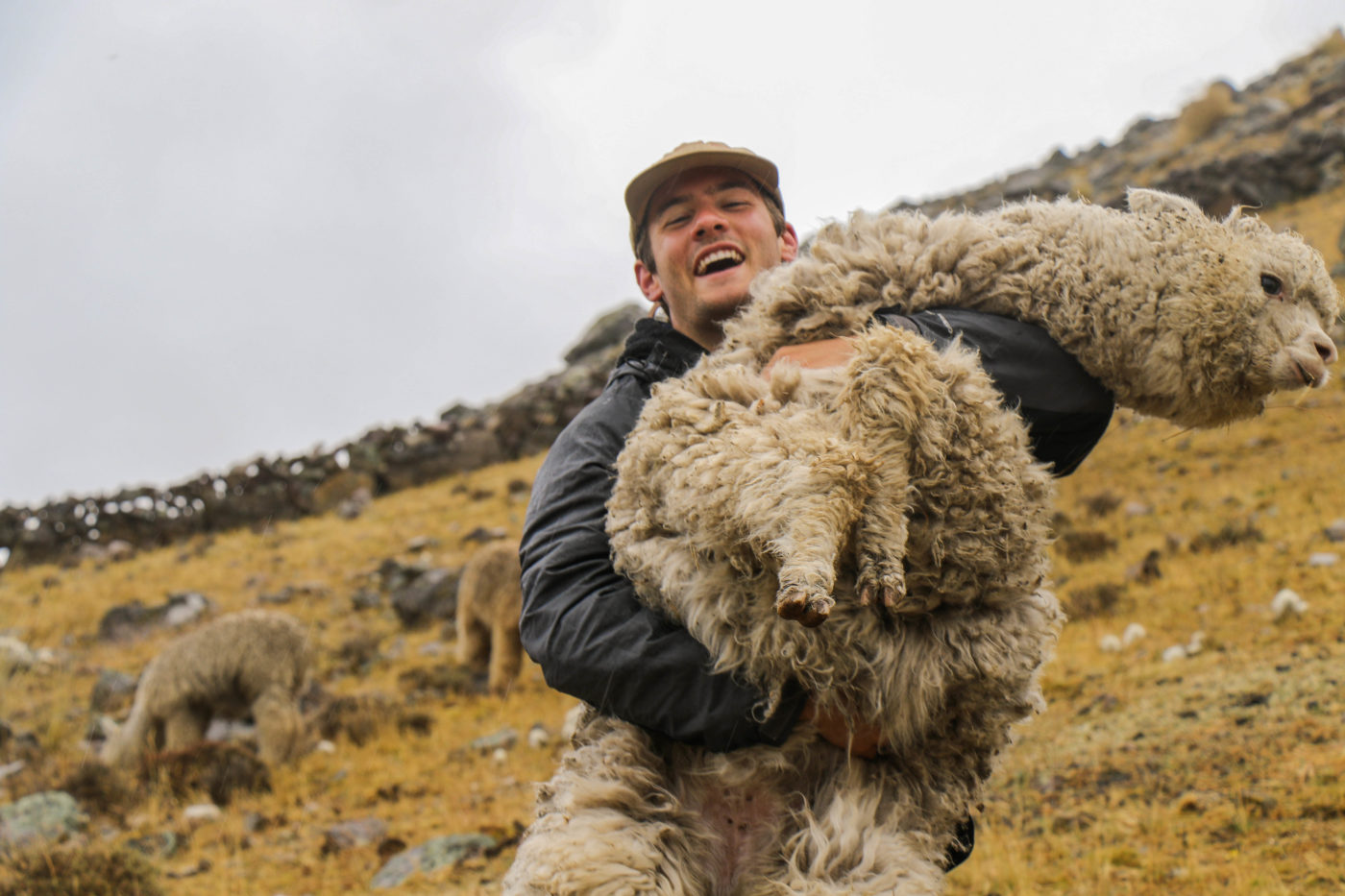 University of Virginia student Kris Cody has put his undergraduate career on hold to distribute handmade Peruvian alpaca wool sweaters around the world.

As Cody sees it, these sweaters bridge a gap between communities like Charlottesville and rural mountain villages surrounding Cuzco, Peru.

“It [is about] trying to find a blend between these two completely different worlds,” Cody said, “and merge a product that has value for people’s lives.”

The idea sparked in the summer of 2016, when Cody was traveling through the Andes Mountains as part of a pre-college gap year. He came across a locally made alpaca sweater in an artisan market and instantly appreciated the quality of the material and workmanship.

“I never had touched anything like it,” Cody recalled. “It was so soft, so lightweight, amazing.”

“… my lifestyle was changing all the time — I was traveling, I was surfing, going into mountains at 15,000 feet — [but the sweater] just worked in every climate,” Cody said.

The sweater’s versatility proved to be a product of thousands of years of evolution for the alpacas living in those mountains.

“The more I learned about the fiber, it made sense,” Cody said. “It evolved in this really crazy, drastic place.”

Recognizing the value of these handmade sweaters, Cody shipped a box of them back to the United States at the end of his trip.

Once back home, Cody began his first year at UVa. Wherever he went, people asked about his alpaca sweaters. Everyone wanted to know where they could get one, Cody remembered.

It was around this time that he realized there was a gap worth bridging between Charlottesville and the rural communities of Peru that produced the sweaters.

“Realizing [the sweaters] didn’t exist in the United States and remembering how kind those people [producing the sweaters] were,” Cody said he was inspired to bring the two worlds together.

He bought a one-way plane ticket back to Peru at the end of his first year of college with the sole purpose of learning more about where the alpaca sweaters came from and the communities producing them.

He landed in Cuzco and began “cruising around markets, speaking Spanish,” and seeking out local artists.

Wandering between villages, he learned about ancient designs and dyeing techniques. As he learned more about the local traditions, he got to know a whole network of indigenous weavers.

Once these weavers were willing to create sweaters for Cody, he had the task of aligning their traditional Peruvian designs with styles and functions that would be appealing to buyers in the United States.

He wanted his product to “carry within it the stories of the Inca culture” and be functional in a place like New York City.

Without a background in design, Cody worked extensively with local women artists in Cuzco to create numerous prototypes, trying out different styles and colors.

He would then survey international travelers to Cuzco on their opinions of each version.

Finally, Cody learned the limitations and capabilities of the ancient weaving techniques and was able to tailor a product that fit his vision.

He then returned to the United States once again and launched PAKA’s website.

“The response was really cool,” he recalled.

Positive feedback came from high places, as Cody was able to connect with influential artists such as Chance the Rapper and The Chainsmokers to promote PAKA.

Through “social media and influencer marketing” and a group of 40 brand ambassadors worldwide, Cody began to spread the word about his sweaters.

The success of this outreach became evident in September, when Cody launched PAKA’s first Kickstarter campaign and raised $100,000 in less than a week.

He celebrated the launch of PAKA’s Kickstarter with an “alpaca party” at Boylan Heights on the Corner.

“I put alpacas on Boylan’s deck,” Cody said. He borrowed a set of “prize-winning” mother and daughter alpacas from a farm in Scottsville.

As he saw it, the alpaca launch party successfully bridged another gap — this time between UVa students and residents of rural Virginia.

Cody attributes a lot of his success to the mentorship and guidance he has received as part of the i.Lab incubator at UVa this past summer.

“The i.Lab and [the UVa Darden School’s] professional network have probably helped more than anything for PAKA,” he said.

Jason Brewster, director of the i.Lab Incubator, recalled that Cody took the guidance he received from i.Lab mentors very seriously. When he was advised to raise money as quickly as possible through his Kickstarter campaign, Cody came up with the idea for the alpaca party at Boylan.

All attendees of the party were required to donate at least $5 to the Kickstarter.

“[Cody] really focused on that early advice of making a difference [with his fundraising] very quickly,” Brewster said. “[Cody] is a very driven individual.”

Cody is pursuing a degree in neuroscience from UVa but has taken this semester off to focus on building up PAKA.

He will be working with a local facility to fulfill and ship 1,000 orders of sweaters over the coming weeks.

Looking forward, he intends to return to UVa full time and hopes to automate the process of promoting, selling and distributing the sweaters so that he can complete his undergraduate degree.