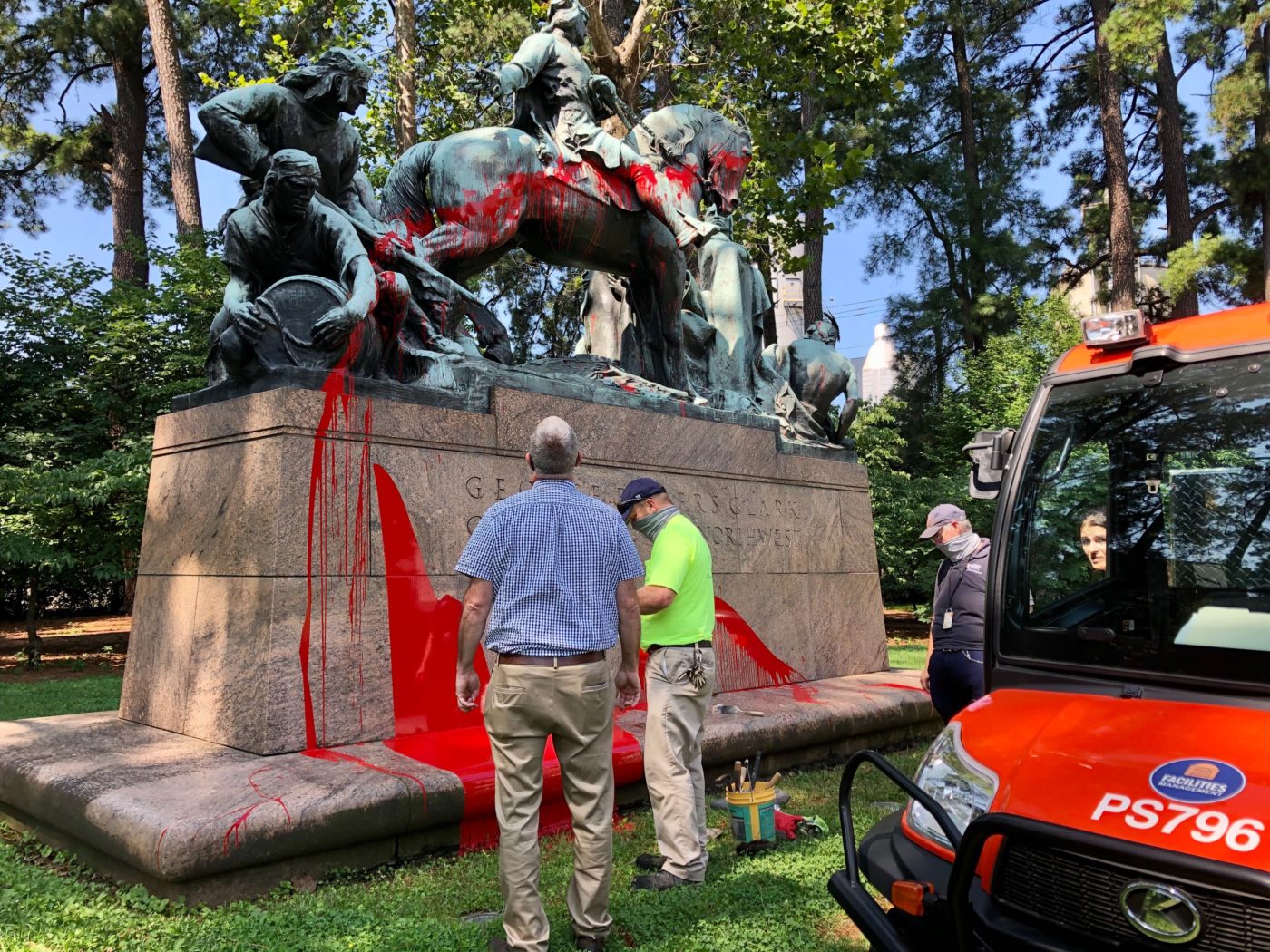 Staff consider how they will remove the red paint from the University of Virginia's George Rogers Clark statue.

The paint has since been removed and a temporary fence installed around the structure.

This is the second UVA statue to be vandalized in the past few days. The base of the Thomas Jefferson statue in front of the Rotunda was painted red last week. University crews are still working to clean it.

The George Rogers Clark statue vandalism comes one week after the university’s Racial Equity Task Force published a report in which it recommended removing the statue.

“If statues, plaques, and building names comprising the cultural landscape of the institution are meant to convey what we hold to be collective values, then certain aspects of Grounds should evolve as our values change,” the report said. “To be a truly welcoming place, the University should demonstrate its rejection of previous support for white supremacist ideology by removing all symbols that honor the confederacy, genocide, or eugenics.”

The report goes on to recommend the university then work with local indigenous communities to “reimagine” the area near the intersection of West Main Street and Jefferson Park Avenue where the statue currently stands.

The university intends to discuss the task force’s recommendations at its Board of Visitors meeting, scheduled for Sept. 10 and 11.

This is not the first call to remove the Clark statue. A local activist started an online petition last year asking the university to take it down. As of Monday, that petition had 625 signatures.

The statue, called Conqueror of the Northwest, celebrates Charlottesville-born George Rogers Clark, who led multiple efforts to fight and kill Native Americans to make way for white settlers who were migrating west in the late 1700s. 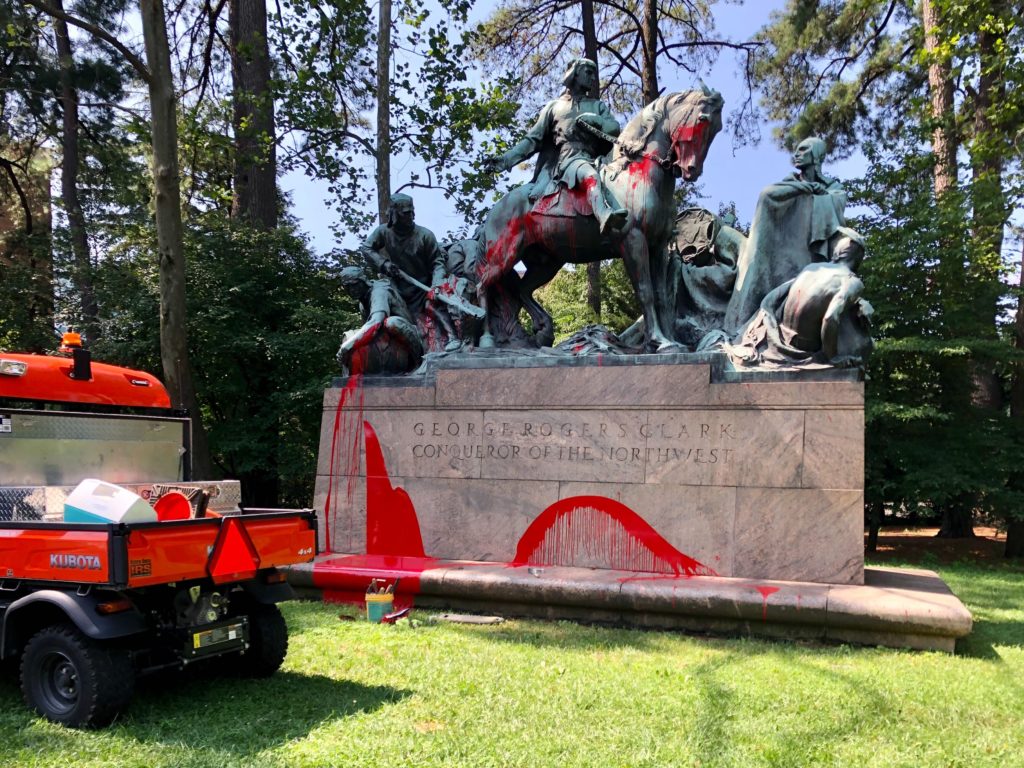 The University of Virginia’s George Rogers Clark statue was splashed with bright red paint the night of Aug. 17.

The Clark statue was erected in 1921. It was one of four statues given to local governments and the university around that time by Paul Goodloe McIntire. The other three are the Sacajawea, Lewis and Clark statue at West Main and Ridge streets that the City Council in November voted to relocate, and the statues of Confederate Gens. Robert E. Lee in Market Street Park and Thomas “Stonewall” Jackson in Court Square Park.

Clark’s statue depicts the man on horseback with two armed men behind him. Before them are three Native American people, one — a woman — is kneeling down and appears to be holding an infant.

“An article from the 1921 dedication of the statue in the University of Virginia Alumni News approvingly describes the woman in the memorial as being forced to beg for mercy for her baby,” the petition to remove the statue reads. “A successful 1997 application to add the statue to the National Register of Historic Places reads, in part: ‘She kneels in front of Clark holding a covered cradle board aloft as if to plead for a papoose within.’”

UVA Police say they have no suspects in the vandalism. They have asked anyone with information to call the department.