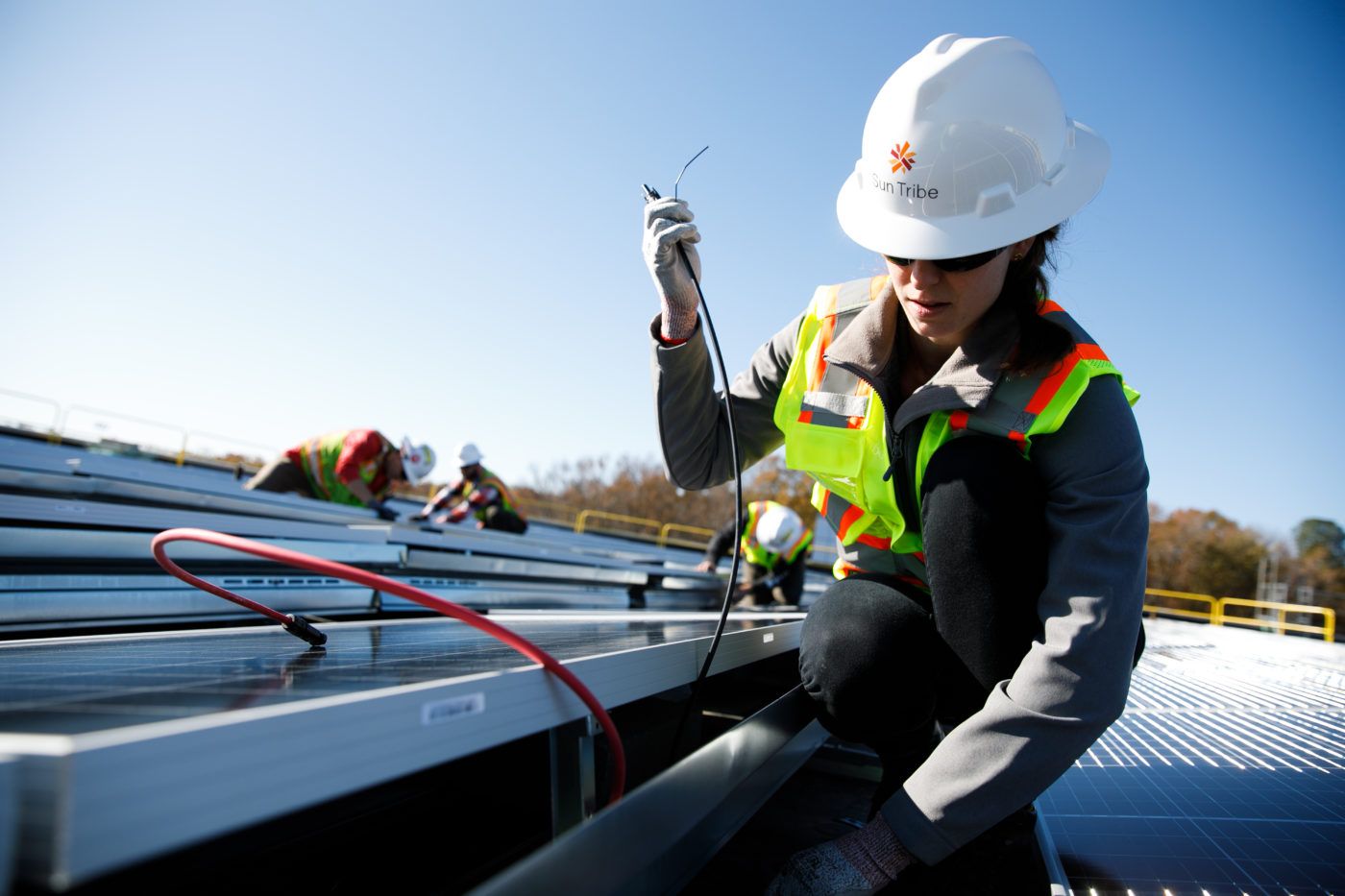 Virginia’s new legislative status as one of a handful of states targeting 100% clean power could resuscitate growth for state renewable energy industries hit hard with job losses during the COVID-19 pandemic.

Virginia Clean Economy Act incentives for clean energy – one of the fastest-growing sectors of the U.S. economy prior to the pandemic – would help power Virginia’s economic recovery, advocates say. But the legislation’s impacts could be delayed, due to massive job losses in renewable industries and decreased overall energy use by manufacturing and retail sectors during COVID-19.

The VCEA, passed in this year’s legislative session, sets phased requirements for meeting the goal of zero dependence on fossil fuels by 2050, with at least 58% of Virginia’s electricity coming from clean sources by 2030.

Meant to support market forces that have rapidly grown renewables’ share of the U.S. energy mix, and driven down the cost of renewables to rates lower than fossil fuels, the VCEA “sets the rules of the road for the next 15 years of what renewable energy [in Virginia] is going to look like,” said Maggie Clark, a policy expert for the national Solar Energy Industries Association.

Annually, the VCEA could create at least 13,000 clean energy jobs supporting efficiency upgrades, installations and manufacturing, a recent study shows. Major utility owned projects – such as the 2.6-megawatt Coastal Virginia Offshore Wind Project by Dominion Energy, scheduled to be completed by 2026, would go toward meeting VCEA mandates for energy generated from renewable sources.

But significant to the overall growth of Virginia’s clean economy, the VCEA requires utilities to meet renewable energy capacity requirements with the help of private companies.

From 2023 through 2035, Dominion and Appalachian Power Co. are scheduled to petition for state approvals to progressively increase renewable energy capacity from sources within the state, while maintaining a threshold of 35% of capacity purchased from independent solar or onshore wind facilities.

Starting in 2025, at least 75% of Dominion’s renewable energy must be generated from sources within the commonwealth. The VCEA takes a broad view of qualifying in-state energy sources, including waste-to-energy, a small amount of biomass and hydroelectric and includes specific carve outs for solar and wind.

Despite an economy that will be shaky post-pandemic, the mandate for sourcing renewables in state, “sends a strong signal to renewable energy developers to continue making investments in the commonwealth,” said Rachael Estes, government affairs manager for Apex Clean Energy.

“While it is too early to say exactly how COVID-19 will impact our industry, it’s safe to say we are in a much stronger position than we would be without the VCEA,” added Estes. “This landmark legislation provides much-needed certainty for the industry in what is increasingly an uncertain time.”

Early VCEA benchmarks require that by the end of 2023, Appalachian Power must petition the state for approvals to “construct, acquire, [or] purchase” 200 megawatts of renewable energy generated within Virginia, enough to power over 30,000 homes.

To meet the mark, Appalachian Power submitted a request for proposals in January to purchase solar projects that would produce up to 200 megawatts. The utility currently doesn’t own any solar facilities and plans to purchase power from the 15-megawatt Depot Solar Center in Campbell County. Construction on Depot Solar is currently on schedule to be completed by the end of this year.

By the end of 2024, Dominion is mandated to begin state approvals for 3,000 megawatts of renewable energy capacity generated in Virginia. These and subsequent capacity benchmarks for both utilities are subject to the 35% requirement for independent renewables.

Private renewables are further benefited by cost-saving provisions for ratepayers, that incentivize the adoption of renewable energy systems by lifting energy caps,

The cap on net metering, which allows customers to be paid for excess energy generated from rooftop solar panels, will be raised from 1% to 6% of net load. Power purchase agreements, which allow customers to have solar panels installed by third-party developers, and to purchase the energy produced on site, now have more room to operate. PPAs remove barriers to entry from expenses such as installation costs, particularly for schools and nonprofits, which are not eligible for federal tax credits subsidizing solar systems. Since the 2013 launch of a pilot program, Virginia was nearing its 50-megawatt cap in Dominion territory and 7-megawatt cap in Appalachian Power territory.

And while the idea that PPAs attract customers as a way to save money while reducing their carbon footprints is not new, the financial strains of COVID-19 could bring a renewed interest and additional clients, said Devin Welch, CEO of Sun Tribe Solar in Charlottesville. The company has been able to complete multiple PPA projects since the pandemic began, with plans for a formal announcement in the coming weeks and months.

“With budgets tightening as a result of COVID-19, embracing solar just makes sense,” Welch said. “Schools, businesses and local governments in Virginia are already saving millions of dollars through solar, and it’s a great way to ensure their energy costs stay low for decades into the future.” 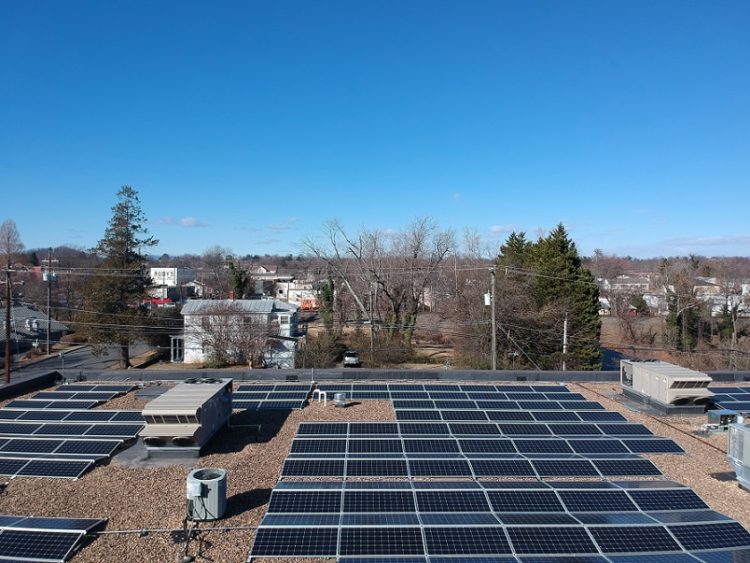 Indoor Biotechnologies in 2018 installed solar panels on the roof of its headquarters in the Silk Mills building.

But clean economy growth could be stalled overall in the early years of the VCEA, due to massive job losses in clean energy and pandemic related slowdowns across Virginia’s economy.

The VCEA requires Dominion Energy and Appalachian Power to obtain set increasing annual percentages of their energy from carbon-free sources, based on overall energy sales from the previous year, from both renewable and non-renewable sources. Because benchmarks are based on prior year energy sales, energy usage decreases due to pandemic related slows and shutdowns in retail and manufacturing could slow procurement of renewable energy during initial implementation.

But increasing renewable thresholds could mitigate the initial impact with “much larger procurement[s]”’ in subsequent years,” Clark said.

Some Republican state legislators are concerned about possible rate increases due to utility infrastructure requirements, despite VCEA provisions that cap rates for low income customers and aim to lower bills by increasing energy efficiency.

“If we try to push increased timelines at this time, it’s unwise,” Riggleman said. “Right now, we need to survive. We need to be looking to pushing [forward] timelines and relaxing requirements.”

He said, pandemic or not, the VCEA is an example of government overreach, and Virginia should instead rely primarily on market forces already incentivizing renewables on the path to a clean economy.

“I’m not a big fan of forcing companies into courses of action,” Riggleman said. “I’ve always been leery of government pushing technology that might not be ready to go, and I think we are going renewable anyway, and I think that should be free market.”

Adding to his stance on government intervention, he said, “I’m OK with some incentivization [of clean energy] on the tax credits side.”

But renewable industry leaders say the VCEA’s phased approach to increasing use of renewables would help recoup economic losses. Since March, nearly 600,000 U.S. workers in clean energy have lost jobs in fields such as renewables, energy efficiency, vehicles and energy storage, according to an American Council on Renewable Energy report. The number of U.S. clean energy jobs lost is more than double those created since 2017. Virginia ranked 10th in the U.S. for clean energy employment with over 97,000 jobs at the end of last year but lost over 12,900 jobs in March and April alone.

Because most clean energy businesses are small companies, which depend heavily on consistent revenue, they have been crushed by pandemic-related business slowdowns. Nearly ⅔ of the nation’s clean energy workforce are employed by businesses with fewer than 19 employees, according to ACORE.

Smaller residential solar energy companies in Virginia and nationally have been particularly hard hit, said Jen Bristol, SEIA spokesperson. Roughly 75% of solar companies have 50 or fewer employees, SEIA estimates. But solar projects of 50 to 250 acres, that will serve customers across large service areas, are seeing less construction disruptions so far, Bristol said, particularly those in the later stages of multi-year permitting processes.

Small solar companies in Virginia and nationally have also reported difficulty navigating the federal CARES program and in many cases were unable to access loans from the Paycheck Protection Program, which quickly ran out, Bristol said. Renewable energy advocates have lobbied Congress for industry specific COVID-19 stimulus funds. They have also asked for the extension of deadlines to qualify for federal renewable energy tax credits to address money lost from pandemic related delays in construction and supply chain demands. And they request direct cash payments of renewable energy tax credits for spending on immediate needs and grid stability.

“The [tax credit] phase down schedule obviously didn’t consider the pandemic,” Bristol said. “We are not asking for more. We are asking for what we’ve already had and to use it as expected.” 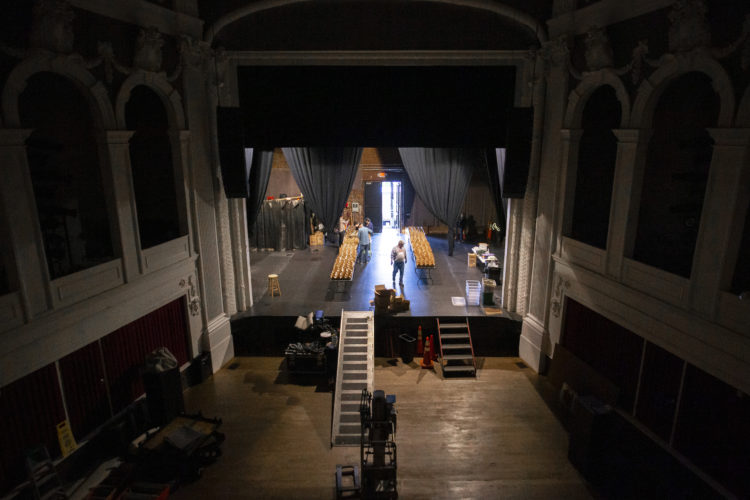 Volunteers prepare food at The Jefferson Theater to be delivered on April 30.

For the first time, renewables produced more energy – meeting 23% of U.S. energy needs – than coal, in April 2019. And 11% of U.S. energy consumption was generated by renewable sources, at lower rates than fossil fuels, with wind and biofuels making the largest share.

As little as a decade ago, many leaders didn’t expect renewables to provide energy at current levels. One of the most robust sectors of the U.S. economy prior to COVID-19, clean energy grew 10.4% since 2015, to over 3.4 million jobs by the end of 2019.

Government assistance during the pandemic in the form of stimulus funds and tax credit extensions for clean energy, would result in greater tax revenues and job creation, clean energy advocates say.

And the economic standing of clean energy prior to COVID-19 makes legislative encouragement of the industry a strategic part of Virginia’s economic recovery, McClellan said.

“As we recover from the health and economic impacts of COVID-19, we need to revitalize Virginia’s economy with a future-focused plan,” she said. “That means making Virginia into a national leader for jobs in clean energy.” 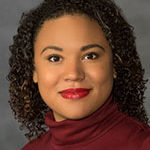