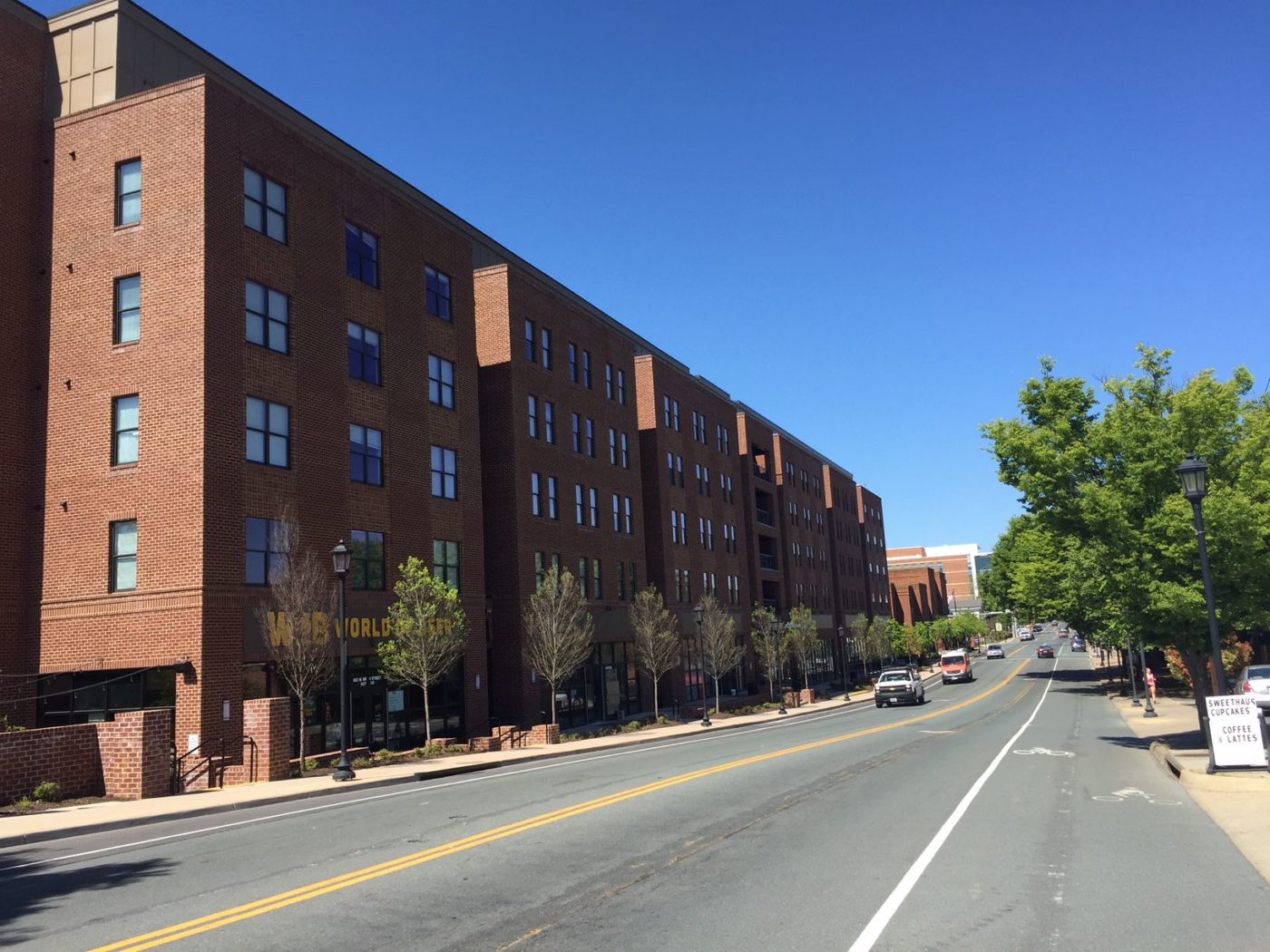 The Flats at West Village

Booming growth on West Main Street, the artery connecting the University of Virginia and the Downtown Mall, has provoked hope and concern in equal measure.

A report compiled by Councilor Kathy Galvin, using estimates from the city’s Office of Economic Development, shows seven parcels on West Main generated about $380,000 annually in real estate tax revenues before redevelopment. Once all the properties are finished, they should together generate about $3.3 million a year in tax revenue, according to the report.

Those numbers, Galvin said, make a good case for dense, mixed-use developments, but do not mean the City Council can ignore design and place making when considering whether to approve new projects.

“These findings do not in any way take precedence over considerations of community character, context, scale, massing and other aspects of urban design when revising zoning ordinances to better align with our Comprehensive Plan,” Galvin wrote in the report.

In 2014, two years after approving the design for The Flats at West Village, councilors found themselves with a building that did not match their expectations. In August 2014, Galvin complained that a lack of detail on the front and rear of the building made it appear especially large.

The council must be vigilant to make sure that doesn’t happen again, she said, but at the same time cannot ignore the dramatic property value increase.

“We realize that The Flats looks too big,” she said. “But the $45,000 in property taxes the old use had been generating was an irresponsible use of our assets.”

The report looks at The Flats at West Village, the Uncommon, the Marriott, 511 W. Main and proposed developments at the Blue Moon Diner and Republic Plaza, relies on estimates generated by a model the city runs for big projects, said Chris Engel, Charlottesville’s director of economic development.

“We have a model that we run that was developed by a consultant the city had on board a number of years ago and we have just maintained the model,” he said. “We run it for big projects just to give an order of magnitude, if you will, for what the project might yield from a fiscal perspective.”

For Galvin, dense, mixed-use properties in strategic areas of the city will help protect historic neighborhoods and Charlottesville’s character.

“What I am using this report for, as a policy maker, is to let me know that if we have places that will be robustly built out, we can protect others,” she said. “This shows me that you do get big revenue from denser, urban, mixed-use build out.”

Between 2013 and 2016, city assessment records show, the value of the parcel containing The Flats at West Village grew from $3.7 million to $38.5 million. The Uncommon, which was until this year an empty lot, went from about $1 million to nearly $38.8 million.

The Graduate Hotel, the former Red Roof Inn just east of The Corner, increased in value by $2.2 million from 2015 to 2016, according to city records. The parcel containing the Marriott at the corner of Ridge McIntire Road and West Main rose in value from about $1 million in 2013 to $23 million in 2016.

“On a general basis, it is the development itself, the larger development, that generates that revenue,” he said. “The exception to that is the hotels … that is driven by the lodging tax, and that is far and away the most value.”

As West Main Street density has boosted property values along that corridor, real estate tax revenues citywide have climbed over the last five years, as well.