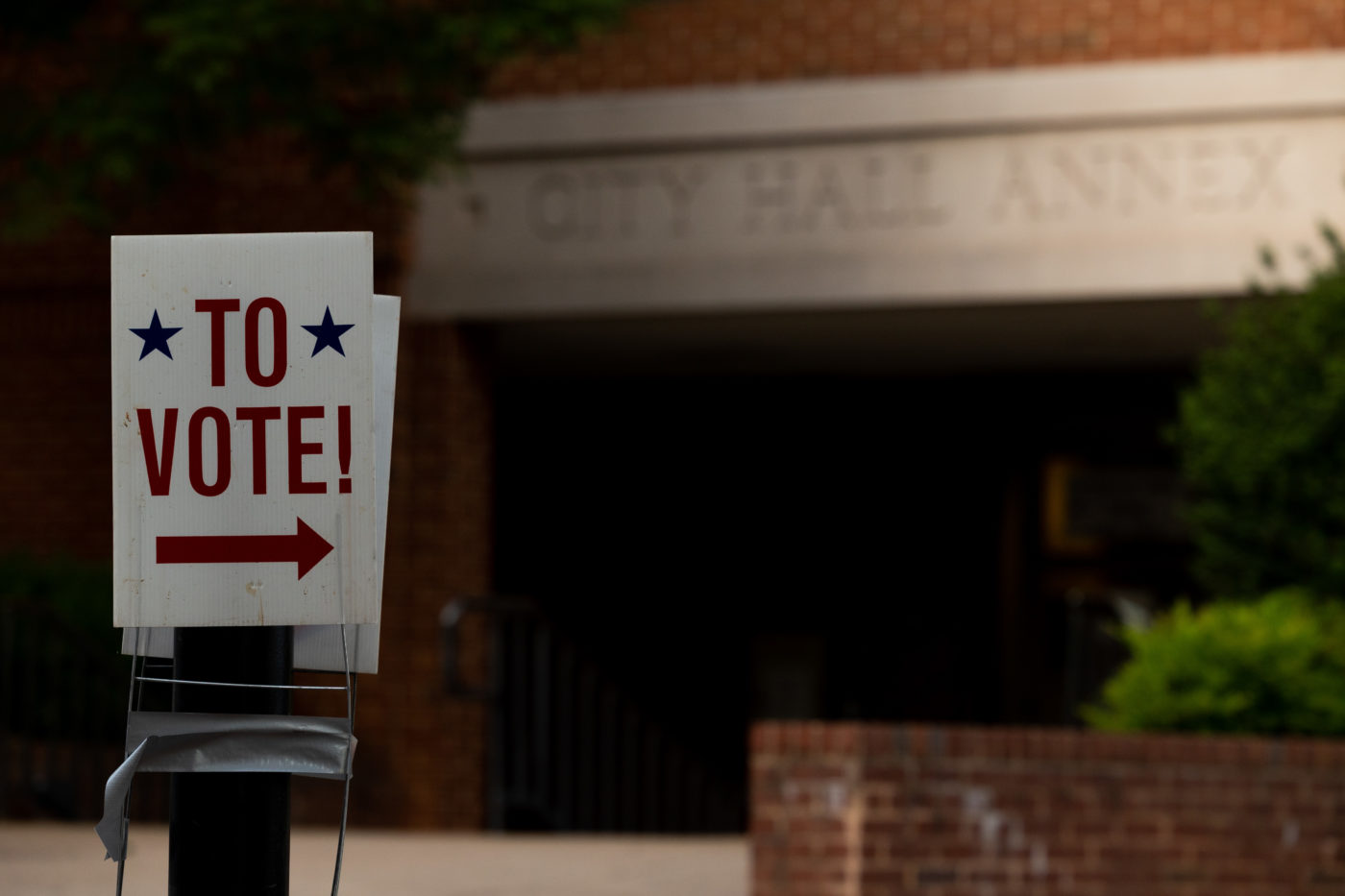 And they expect to join forces ahead of November

Amid Virginia’s June 8 selection of its Democratic statewide nominees, Charlottesville residents chose two Democrats to advance to the general election for the City Council.

Juandiego Wade topped the results, with more than 47% of the vote; Brian Pinkston garnered more than 34%; and Carl E. Brown received 17%. With no Republicans running, Wade and Pinkston will appear on the ballots again in November alongside current Mayor Nikuyah Walker and newcomer Yas Washington — both independent candidates.

Wade says the results of this primary tell him that some Charlottesville voters appreciate his longtime experience in local government in both the city and Albemarle County, along with his experiences having worked with nonprofits.

“I have a 30-year track record — as far as education, as far as mentoring, as far as working with nonprofit organizations and economic development. People saw that and said, ‘That’s who I want representing me.’”

His goals, if elected in November, include supporting enhanced police training, exploring re-zonings to allow for more affordable housing, increasing tree canopy cover and supporting nonprofits that bolster energy efficiency in homes. Having served on the School Board, Wade has an understanding of local schools’ budget priorities that he can apply in his potential role voting on the council’s budget.

“We feel good for today, but we still have a lot of work to do to get through the November election,” Wade said.

Part of that work may entail an alignment with fellow candidate Brian Pinkston.

“I expect the two of us will be very closely aligned with each other,” Pinkston said. “We have had similar values — we have similar priorities for the city in terms of schools and housing.”

Pinkston noted the different approach his campaign had to getting out the vote this election. Having amassed a bigger pool of volunteers and raising more money than last time, Pinkston was able to send out informational mailers and run advertisements.

“You can run a very different campaign when you’ve got more money,” Pinkston said.

According to the Virginia Public Access Project, Pinkston has raised more than $69,000 — about $11,000 of which is self-funded. Meanwhile, Wade raised more than $68,000. Both candidates have overlap in top donors like Seminole Trail Properties LLC, Blue Ridge Home Builders Association and Virginia Realtors. Developer Chris Henry also donated $3,000 to each candidate.

“Last time, it was basically me and my campaign manager just sort of door-knocking,” Pinkston said. We demonstrated stuff the first time we put in the shoe leather. We did the work and laid a foundation, and we built on it this time.”

Pinkston says that in the months ahead, he’s planning to keep watch on the development of the Comprehensive Plan — especially as the Future Land Use Map is being developed and an eventual zoning rewrite will carry into 2022, when Pinkston could be a member of the council.

“My goal is to listen well to people,” he said. “People have been asking me, ‘What do you think about density here or there?’ I’m listening to it like everyone else is, and I’m trying to keep an open mind to all of these processes.”

In the months ahead, Wade says he and Pinkston can coordinate with the local Democratic party to strategize on what campaigning works and what doesn’t.

Wade anticipates more policy dissection between now and November between the Democratic slate and independent candidates, Walker and Washington.

“People are a little more used to voting in November, and it could be a lot more people of course because of the governor’s race and other state races,” he said.

Other victories on June 8 include Charlottesville Commonwealth Attorney incumbent Joe Platania with 58% of the vote and statewide candidates Terry McAuliffe as the gubernatorial nominee, Hala Ayala for Lieutenant Governor, and incumbent Mark Herring remains in the running for a third term as Virginia’s Attorney General.