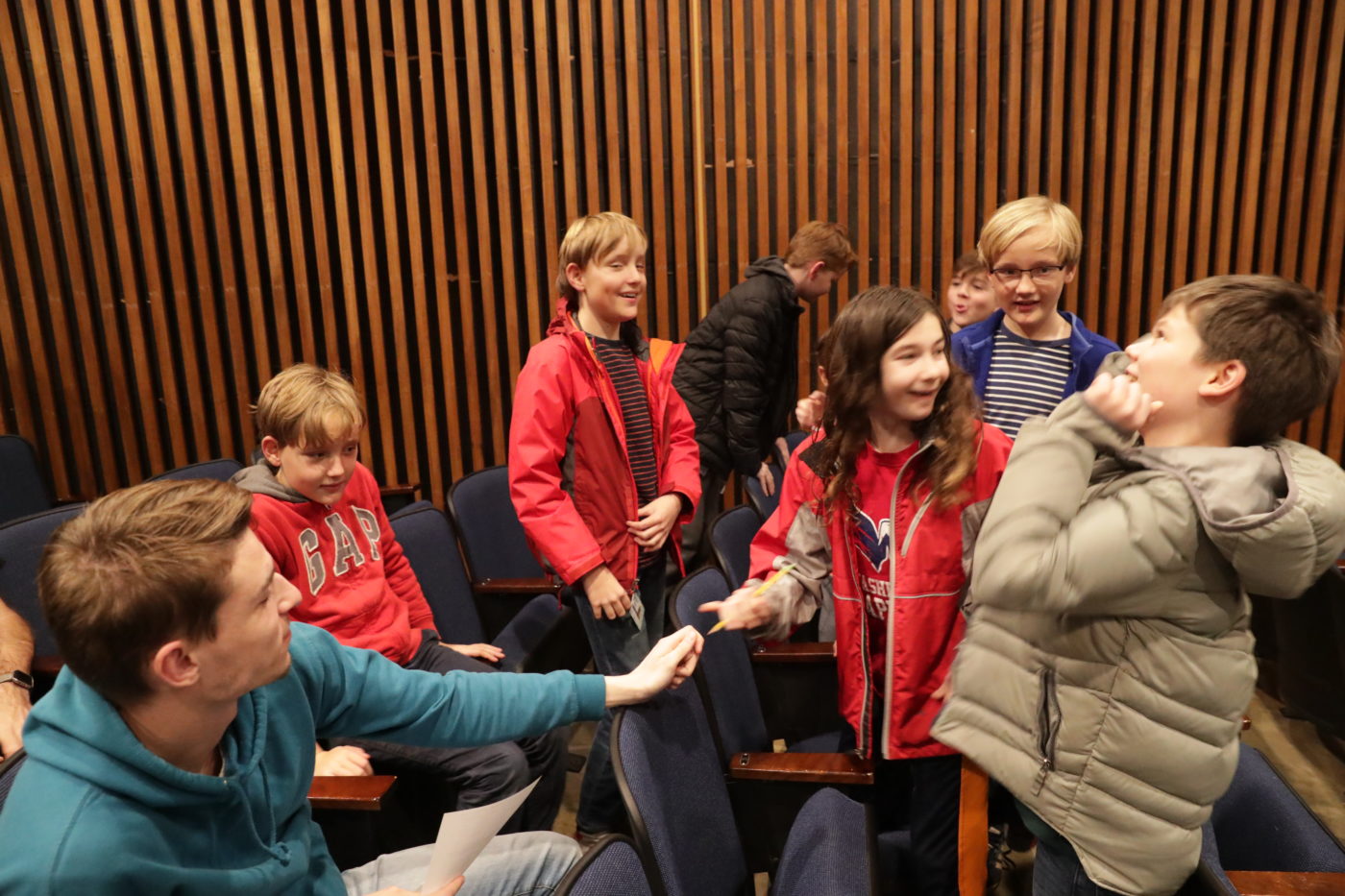 Three months ago, the sixth grade at Charlottesville’s Walker Upper Elementary School was presented with an exciting question: How would you use $6,000 to make your school better?

On Wednesday evening, Walker held a schoolwide referendum on 15 potential uses that were put forth by the sixth-grade class. A proposal to organize basketball and soccer tournaments at recess — and award prizes to the winning teams — got the most votes.

Walker’s $6,000 project budget was funded with a grant from the CFA Institute. Kelli E. Palmer, director of corporate citizenship at CFA, said the organization is excited to support a project that introduces children to financial concepts and encourages civic engagement.

“At CFA Institute, we have learned that the financial markets rely on people to make sound market decisions,” Palmer said. “But that also requires citizens to make sure that the right people are making those decisions.”

Serena Gruia, a Walker parent and founder of the Creative Might design studio, created a curriculum for Walker’s participatory budgeting project that was based on the principles of design thinking.

“[Design] is a process of failure and iteration and trying to figure out where the greatest need is,” said Gruia, who also serves on Charlottesville’s PLACE Design Task Force.

Each sixth-grade social studies class at Walker brainstormed ideas and eventually selected one proposal to be included on the schoolwide ballot. Project groups pitched their ideas in short videos that were shown to the entire school.

Project proposals had to address at least one of three themes: outdoor play, healthy food options or the development of a school garden.

Many student groups had to modify their proposals after realizing that costs or school regulations would prohibit them.

Gruia said that one group of students originally proposed buying an above-ground pool and filling it with jelly beans. However, they concluded that it would take more than $6,000 to make this dream come true.

“I never said no to anything; [the students] had to figure out if it was feasible,” Gruia said. “Designers always come up against constraints, budgets and laws.”

“They don’t eat lunch together or play together at recess. But [they worked on] something really important together,” he said.

Hastings said he has requested funding from the city school division to continue the project next year with a larger budget. He also said he would like to implement multiple ideas that sixth-graders proposed, such as establishing a student government.

Sixth-grader Sam Russell was part of a group that proposed creating a “social garden” that would help students relax.

Sam said his classmates decided that the garden should house rabbits instead of chickens after engaging in “a heated debate” over their preferred animal.

The city plans to pilot its own participatory budgeting process this year with $100,000. The money was set aside in the city’s Fiscal Year 2019 spending plan.

“Some of our kids are already going to be experts in this process,” Gruia said.