West Main Streetscape in limbo as council grapples with budget 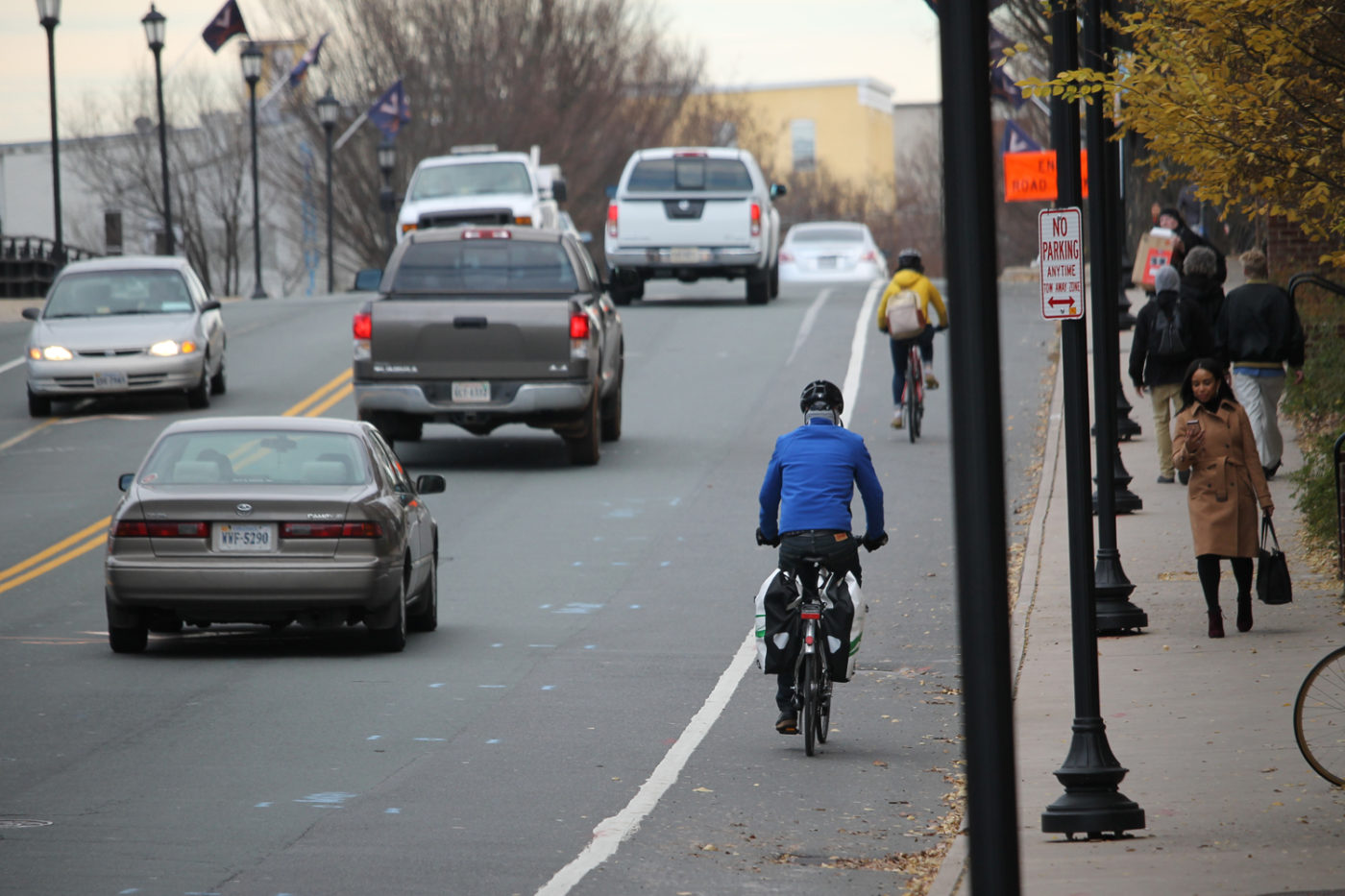 The long-discussed West Main Streetscape project could be reconsidered as the Charlottesville City Council weighs its priorities in its capital improvement plan budget. For the second time, the council is debating the city’s fiscal plans during ongoing uncertainties from the COVID-19 pandemic.

In a Feb. 3 budget work session, some local projects came under scrutiny as being what Councilor Sena Magill described as being “on the chopping block to some extent.” Following a three-hour discussion, councilors reached varying levels of agreement that the West Main Street project could be halted.

It’s next scheduled to surface for public discussion in the Feb. 9 Planning Commission meeting and then in the council’s Feb. 16 meeting.

Recommendations noted in the budget team’s proposal included removing the West Main project entirely from the budget. Its previously committed $18 million in funds could then be available to be relocated to the city’s school reconfiguration project, if needed.

The presentation also suggested a new school funding formula could be recalibrated to recognize the new debt service requirements tethered to the school reconfiguration project. For the draft of the budget, $50 million was used as a placeholder.

Lastly, there was the suggestion that real estate property taxes could be increased by 2 cents per $100 of assessed value starting in the fiscal year of 2023, with a total increase of 10 cents over the next five years.

The reconfiguration of Walker Upper Elementary School and Buford Middle School involves renovating the buildings, moving fifth grade down to elementary schools and moving sixth grade up to Buford. Walker, which currently houses fifth and sixth grade, will become a centralized preschool under the reconfiguration.

Both the Walker and Buford buildings are in need of repair and renovation. Mayor Nikuyah Walker, who attended both schools, said the buildings in their current state look “very similar” to how they did in her childhood. She recalled noticing duct tape holding together a screen at Walker while attending a recent graduation ceremony — an anecdote she cited as evidence of the need for an equitable approach to schools funding.

“You have two buildings where wealthier parents have pulled their kids out during those school years,” Walker said. “We can talk about why the investment hasn’t been made in Buford and Walker, where investments have been made in CHS.”

“We can’t have any of these discussions without having equity discussions,” she said.

The capital improvement plan could not support the combined magnitude of both the school reconfiguration and West Main Streetscape project.

“Unfortunately, we are at a crossroads that these two projects are big enough that they impact each other,” said Krissy Hammill, the finance and debt manager for the city.

The City Council voted against continuing with the West Main Streetscape in 2015 but later approved the project in 2016. The plan, which has been in development since 2013, is split into four phases of funding — the second of which still requires additional dollars from the city.

Payne said he “sees the value and vision” of the West Main Streetscape but doesn’t believe the project is a higher priority than school investment or affordable housing.

“This is a project that, I believe, in 2015, a majority of council voted not to move forward with, but it’s continued on,” Payne said. “Not just in this project, but clearly in a lot of infrastructure projects, we just have to come to decision points and stick with them, and where I’m at is, I think it just has to be moved down the priority list.”

Payne also expressed concern about the city’s plans to construct a parking garage on the properties where the downtown Guadalajara restaurant and Lucky Seven convenience store are located. Stemming from an agreement with Albemarle County to create parking spaces for its courts, requests for proposals for the project are due on Feb. 5.

Councilor Sena Magill agreed with Payne, adding that she “would love to see if we could be a little more creative with this space.”

Snook explained that he understands the parking project can be less of a priority given the current impact of COVID-19 and the role that factors into prioritizing the project currently.

“Everybody seems to be suggesting it will be a couple of years before we get back to the point where our downtown is as vibrant as it was a year ago,” Snook explained. “I would be willing to have the conversation that six months ago I’d have said I don’t want to have at all.”

On the overall nature of capital improvement projects, Jeanette Janiczek, a program manager with the city, noted how staff look to the council for guidance.

She said she is concerned that if they “move full ahead” they may be “spending money you don’t want us to spend a few months from now.”

“When you provide direction, you start a process that’s hard to stop or change or slow down kind of midstream,” Janiczek said, noting the time it takes to work on projects.

Snook said he shared Payne’s concern about how the West Main’s streetscape project fits into the council’s priorities at the time but cautioned against making a firm decision about its future at that meeting.

“It’s the most important mile of street we have in the city,” Snook explained. “It’s also something we’ve spent seven years of council’s time on, about $6 million in costs for design at this point, and I don’t think that we ought to walk away from it at a work session without giving people proper notice that issue is on the table.”

With the project set to be on upcoming agendas, the majority of council members say that the public will be more aware of decisions being made.

“These projects are going to affect people for a long time,” Magill said. “I think it’s really important that we take this time and make sure that the public has a chance to come forward.”