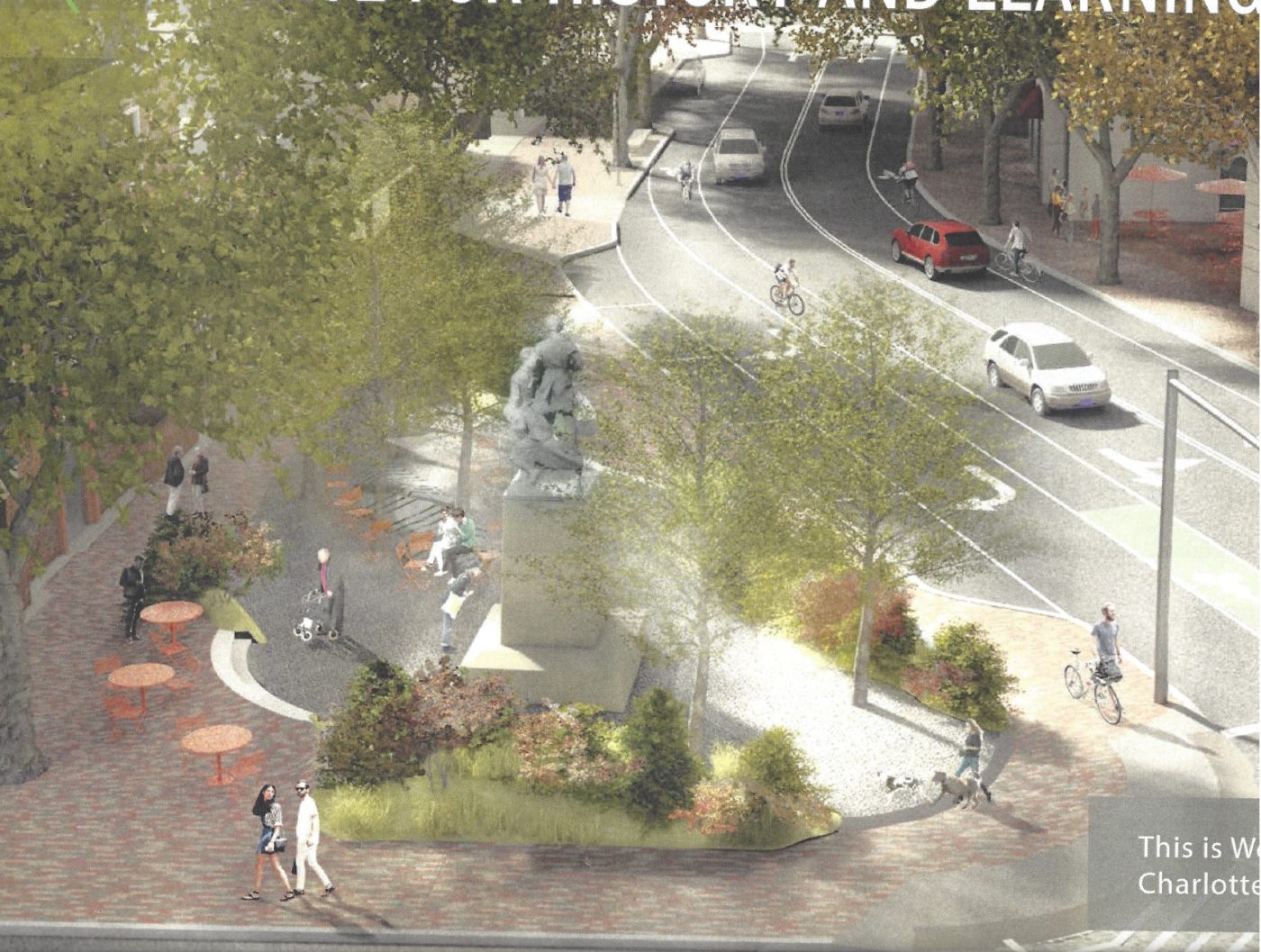 The design for a new look and feel for Charlottesville’s West Main Street is still being developed more than four years after the firm Rhodeside & Harwell began work on the plan.

“We’ve now moved into what we’re calling our design-development phase, which is really serving as the pre-final design,” said Carrie Rainey, the city’s urban planner. “We’re really getting more into the details of furnishing and the materials.”

The City Council approved a schematic design for the $31 million project in May 2017 and has agreed to split the project into phases to help secure funding.

In 2016, the city asked the Virginia Department of Transportation for $18.6 million toward the project but the application did not qualify. The city’s capital improvement program includes more than $10 million in local funding for the project.

Rhodeside & Harwell has been paid $1.85 million for its work through October, according to Alexander Ikefuna, the city’s director of neighborhood development services. The final construction documents will not be ready until at least next spring.

The scope of the project runs from Jefferson Park Avenue to the west to Ridge-McIntire Road to the east.

“When we started this process, there were 80 existing trees within the right-of-way and only about a third of those are considered in good condition,” Fisher said. “We’re saving about half of that number so, in total, there are about 11 or 12 trees we think we can preserve.”

Fisher said 134 trees will be added and the overall tree canopy will be increased on the street when all of the plantings have matured.

As part of its current contract, Rhodeside & Harwell is preparing construction documents for the first phase, which is between Sixth Street and Ridge-McIntire Road. The design team wanted to present its work to date to the Board of Architectural Review to avoid any surprises before the public hearing.

Rhodeside said his team is in the middle of the design development phase. Part of that work involves studying the ground underneath West Main and its sidewalks.

“It’s a maze, and we’re coming up with a lot of observations that will [inform] preparation of our construction documents,” he said.

“We’ve been working with the bus shelters and figuring out whether it’s to be custom or off-the-shelf,” Rhodeside said.

The biggest change will be the closing of a right-hand turn lane for eastbound vehicles that seek to travel south on Ridge-McIntire. The idea is to turn the space into a park that will serve as an “eastern gateway.”

“Triangle Park is actually created by the removal of the right-turn slip lane which currently separates the traffic island where the statue sits from the sidewalk,” Fisher said. “By realigning the right-hand turn lane, we’re able to join that park with the sidewalk and make a larger pedestrian-gathering space.”

The design team is not making a recommendation on whether the Lewis and Clark statue currently there should be removed, but it is recommending relocating it within the park.

One BAR member was uncertain they could achieve that effect.

“I feel like this is probably not going to ever quite feel like a respite,” said Breck Gastinger. “You’re right at the heart of one of the major nodes of Charlottesville.”

Another member thought that the turning radius to make the right-hand turn would be difficult for many vehicles.

“The turn onto Ridge Street seems really tight,” said Mike Ball. “Are you just assuming that buses, firetrucks and people with trailers won’t make that turn?”

Rainey said the Charlottesville Fire Department has reviewed the new configuration as has the city traffic engineer. Both have signed off on the idea.

“The alignment that we have now is City Council approved,” Rhodeside said.

A major goal of the plan is to create a new place unique to Charlottesville.

“We decided earlier on we would learn from the Downtown Mall and from the University of Virginia but we wouldn’t replicate either,” Rhodeside said. “This is a contemporary landscape bridging two very important designed landscapes.”