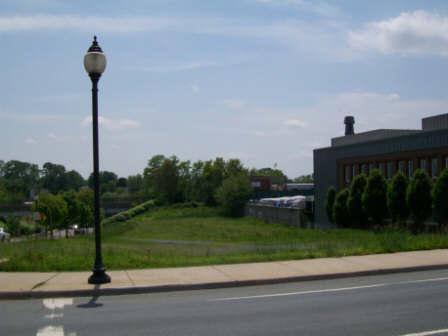 An Illinois-based developer has submitted a site plan for a 240-unit student housing complex on West Main Street.

If the project is approved by the City Council, the unnamed project would join the Flats at West Village and the Standard in a major transformation of one of Charlottesville’s most important streets.

“All of a sudden it looks like all the students will be living on West Main Street if all of these get approved,” said Jim Tolbert, director of the city’s neighborhood development department. “The university is shifting towards downtown.”

The student housing boom on West Main began in 2012 when the City Council approved a special-use permit for the Ambling University Development Group to build a complex that would hold almost 600 bedrooms in an eight-story building on West Main.

“[Interest] has been increasing,” said Allison Harrington, a property manager with Peak Campus Development, the firm that will operate the Flats at West Village.

Her firm also operates the Pavilion at North Grounds, another high-end complex near Barracks Road Shopping Center that opened this fall.

Across the street, Landmark Development is seeking permission to construct another 600 bedrooms in a six-story building. The Planning Commission recommended approval earlier this month and the council is expected to take up the matter later this year.

The new project, which at one point was called The Elbow, according to Tolbert, would be at the corner of Roosevelt Brown Boulevard and West Main.

The applicant, Campus Acquisitions Holdings, of Chicago, is proposing 240 units and 9,340 square feet of commercial use. They have not yet submitted an application for a special-use permit, but one will be necessary for that density. By-right, the building may be 70 feet tall, but can be up to 101 feet with a special-use permit.

The development would span two parcels. One is a vacant lot owned by the Ivy Land Trust and the other was formerly occupied by a now-closed post office. Three surrounding parcels are owned by the University of Virginia.

But will there be enough demand to support three projects that cater to students?

UVa recently hired the firm Brailsford & Dunlavey to conduct a survey of students to determine their housing needs. More than a quarter of students took part.

“What they like most as undergraduates is a 15-minute walk or less [to class],” said David Neuman, the UVa architect.

Marketing material for the Flats at West Village includes a walking map that boasts a 10-minute walk to the Corner.

Of the nearly 21,000 graduate and undergraduate students, 30 percent live in dormitories. Like many colleges, UVa requires first-year students to live on Grounds.

UVa has a total of 6,142 beds and had an occupancy rate of 99.56 percent in the fall of 2012. That dropped to 96.89 percent in the spring, a fact that Neuman attributes to students tending to go abroad for the spring term.

For the Flats, every resident has an individual lease with the rental company. Prices range from nearly $800 for a room in a four-bedroom apartment to nearly $1,300 a month for a one-bedroom unit.

Those four-bedroom units are the most popular housing type, according to the survey, with 37 percent of respondents indicating that as their preferred choice.

Neuman said there are currently no plans to expand undergraduate housing, but that existing old dorms on McCormick Road will be renovated. Dorms on Alderman Road have been replaced with larger structures that house more students.

This could begin a new era for Charlottesville, according to one real estate analyst.

“Having a mixed environment for undergrads and grad students will be an interesting challenge for the developers to overcome,” Duncan said. “Frequently, grad students don’t want to be living in such close proximity to undergrads.”

Sarah Ballard, property manager for Nest Property Management, said the Flats and other projects may have crossover appeal to young professionals seeking to live closer to downtown.

“It will appeal to the same demographics as City Walk and all of the other luxury living communities, making this an even more competitive market for those owners than it already is,” Ballard said.

Ballard said incentives provided by this new generation of luxury complexes will make it harder for existing complexes such as Walker Square to rent out units.

“You’re also going to start seeing more competition and hyper-local differentiation as these new developments are going to be competing against themselves,” Ballard added.

Students will soon be making decisions on where to live for next year. The Flats at West Village operates a leasing center across the street from the property to sign up residents.

“We are still trying to gain the trust of students because they are so traditional,” Harrington said in an interview. “The Corner is what they stick to and know.”

Harrington said the Flats, as well as the even newer complexes, will transform that section of West Main Street.

“We’re trying to make the connection between the Corner and downtown,” Harrington said.