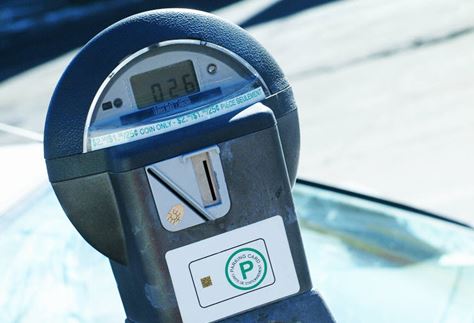 Local residents responding to the National Citizen Survey were generally positive about life in Charlottesville – except when it came to traffic and parking. From their tepid responses, the Newsplex derived the headline, “Residents Fed Up With Charlottesville Parking,” an odd choice of words given that demand for both residential and commercial space in parking-challenged areas of the city is higher than it has ever been.

Complaints about parking are part of a larger problem of public ignorance about trade-offs. It’s a bit like the airline legroom conundrum, in which passengers consistently complain about decreasing legroom on planes, yet continue to vote for it with their wallet by purchasing cheaper tickets on planes that have packed more people in and declining to pay for small seat upgrades that provide more space at the cost of having fewer passengers to split the gas bill.

Here are the facts:

You cannot have a great urban place without a parking problem. Cars use incredible amounts of space, which is inevitably ugly and degrading to the rest of the environment. You don’t take your mother-in-law sightseeing on the median of Route 29 when she comes to visit.

Space is the most precious commodity in a city. The whole point of a city is for a bunch of people to live near enough to each other that they can all benefit from each other’s presence and have companies and stores and churches and art galleries and concerts and dance parties. The need to navigate our gargantuan metallic shells at high speeds and then leave them sitting unused for hours at a time is what made people tear down places like Vinegar Hill and Jackson Ward and get rid of public parks so that they could replace them with roads and parking lots (certainly racism played a big part in deciding which places would be torn down). If you want to drive your car at 60 miles an hour and park it free of charge, there are many excellent venues nearby. But Charlottesville residents – and residents of any other city – have opted instead to give up some of that ability in order to enjoy the quality of life that comes from being a part of a living community with a robust economy and an active public life in beautiful public spaces.

Traffic and parking demand are signs of economic activity happening. Show me an urban area without a traffic problem and I will show you a place where you can’t find a job.

Alleviating growing traffic and parking problems by prioritizing auto travel makes walking, transit, and biking less effective and attractive at exactly the time when they should be starting to take over from auto travel. Northern Virginia should be a cautionary tale. As demand and population increased, too many NoVA localities doubled down on more lanes and more parking spaces, continued to allow cul-de-sacs and disconnected roads, and didn’t take steps to ensure places would be accessible to other modes of transportation. Now they are playing catch-up.

When parking is free or costs too little (as it does everywhere because we require it to be free), then there will be too much of it. Meanwhile it will always seem like there is not “enough” of it. Imagine if hamburgers were free. People would eat them all the time, no one would want to make them, and we would all complain about how there weren’t enough to meet the insatiable demand for [free] hamburgers at all times. Eventually we would probably be producing twice as many hamburgers as could ever be eaten, just to ensure enough were always available when a rush of citizens felt the urge. It sounds absurd, but that’s exactly what we do with parking, building four to eight spaces for every car that could possibly need one. Every car in Albemarle County requires 1.5 basketball courts worth of pavement to drive and park in. Charlottesville City has a third of a basketball court worth of pavement for every car.

What Charlottesville actually needs is a system of parking meters
for all public parking spaces in commercial and high-density
residential districts. Parking space is finite and shouldn’t be free.

What Charlottesville actually needs is a system of parking meters for all public parking spaces in commercial and high-density residential districts. Parking space is finite and shouldn’t be free. The pricing needs to be variable, based on typical demand for parking on that particular street at that particular time. Cities across the country are moving this direction, using modern parking meters that allow you to pay by credit card and that send data to mobile apps that show where open spaces are located.

If we switched to this system, which the Downtown Business Association already supports, the benefits would be visible immediately:

Employees will park farther away since they are paying for more time and are only making one trip walking. People shopping will park closer since they need less time in the space and will be walking back and forth more. Stores can reimburse them for it if they think that’s a good way to attract business.

People who live nearby will walk. About 30,000 people live within a mile of the downtown mall or the university, including myself. It’s only a 20-minute walk to the mall, but sometimes I get in my car and drive (and park) anyway because why not? Saving a couple bucks would be a great “why not.”

If parking in each area is priced correctly, it will be at about 85% capacity during peak hours, with one or two spaces open on every block. This reduces traffic downtown. Donald Shoup, in his book “The High Cost of Free Parking,” estimates that almost a third of downtown traffic is people circling looking for parking. And they are easily the most annoying third. When spaces are priced correctly, drivers can always find a space as close as they are willing to pay for.

The revenues earned from parking fees can go into making improvements in the district. Or they can boost city revenues and reduce taxes for everyone.

Charging the right price for public parking makes it profitable for private companies to build parking since they can charge for it. Currently, the wealth of free spaces means the city has to open up its purse for new public garages, but it doesn’t have to be that way. The existence of lots of free parking keeps people from paying for it, as immortalized by George Costanza’s line in the Seinfeld episode The Parking Space: “You don’t understand – a garage! I can’t even pull in there. It’s like going to a prostitute. Why should I pay, when if I apply myself, maybe I could get it for free?”

Parking in Charlottesville isn’t that bad, but charging a market price would make it even better. Cities that have done so have seen improvements in traffic flow, ease of use, and ability to attract customers. Whatever we choose to do about parking, let’s recognize that it’s a good problem to have.

Luke Juday is a Fifeville resident and a demographic analyst at the Weldon Cooper Center. He holds a graduate degree in urban planning from the UVA School of Architecture and used to work for the planning department in Waynesboro, where (would you believe it) everyone also says it’s impossible to find parking. In a past life he was a middle school teacher and debate coach. You can see him riding his red canondale bike because, if karma is real, he’ll never be able to find a parking spot downtown after writing this article. The views shared in this column are his own.