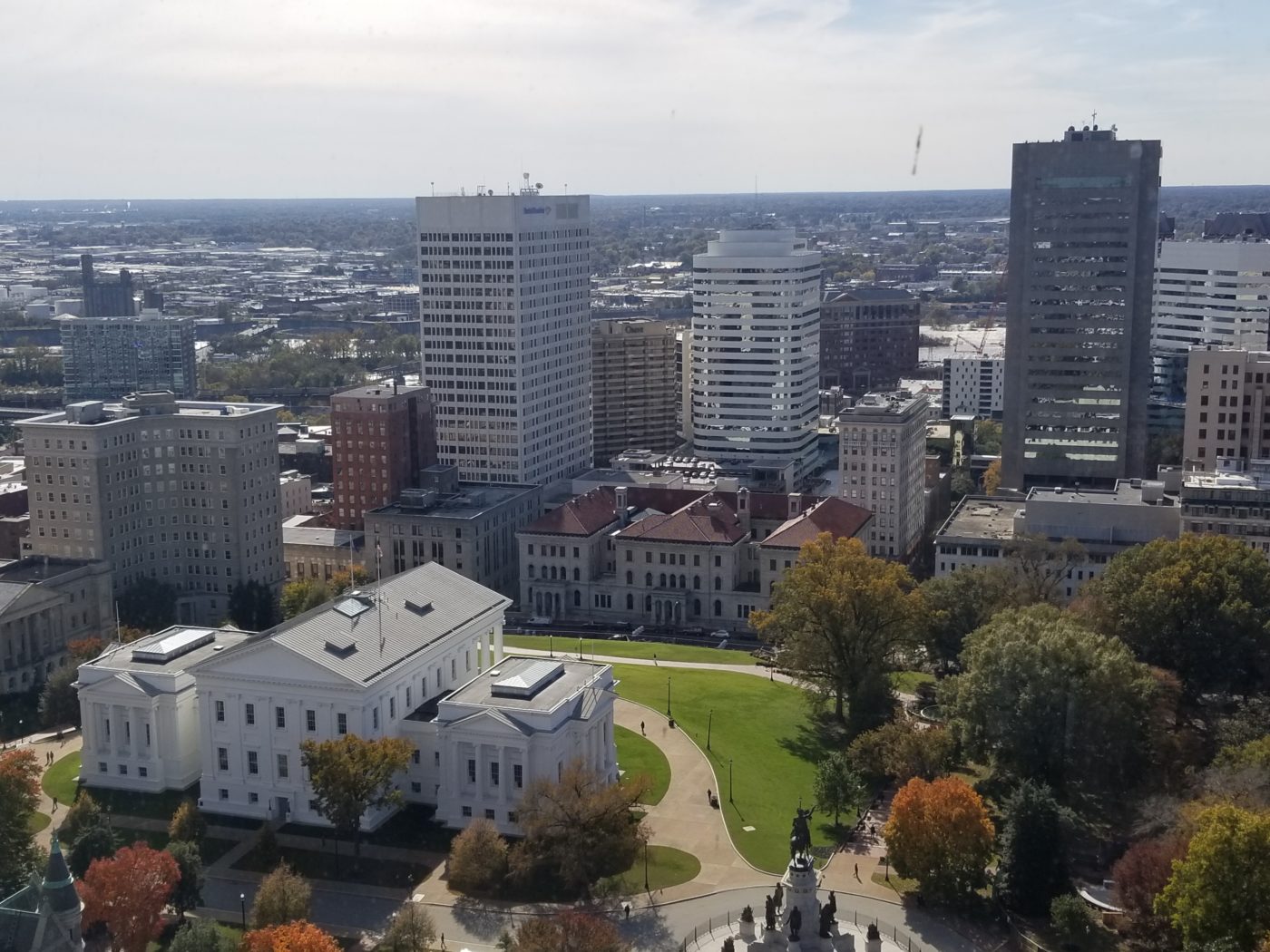 Despite years of lobbying for redistricting reform achieving bipartisan support, the fruit of that labor is tasting sour for some Democratic lawmakers and longtime advocates.

With the passage of a constitutional amendment that could create a redistricting commission now out of their hands and onto ballots this year, some legislators are urging their constituents to vote no on Proposed Constitutional Amendment No. 1.

The first of two constitutional amendments on state ballots this year would establish a nonpartisan redistricting commission composed of eight legislators from both major political parties and eight appointed citizens from both parties as well. However, support for the proposal has waned as some Democratic legislators now object to legislators being involved in the commission and say it isn’t nonpartisan enough.

The hashtag #VoteNoOn1 circulating on social media in recent months is part of a campaign launched by legislators from the FairDistricts political action committee created this summer. The group assembled to educate voters around the state on why they say the amendment is flawed and to dissuade their constituents from voting it into law.

Charlottesville resident and former chair of OneVirginia2021, Linda Perriello, now supports FairDistricts. After years of advocacy for redistricting reform, she has decided that she will now vote against the proposed constitutional amendment.

“Gerrymandering was neither mentioned nor specifically prohibited and the ‘independent’ commission drawing the maps would be composed of 50% politicians, who in turn would have significant power to select the remaining 50% of members,” Perriello said.

Though the half of the commission that would be composed of legislators do not directly appoint the citizen half, they will provide lists of recommendations to a committee of retired judges that will make the appointments. Perriello and others say this is still too much influence from legislators.

Meanwhile, the general push for redistricting reform aims to prevent legislative control over the drawing of district maps. Presently, the General Assembly is responsible for their creation based on census data every decade. In a previously Republican-controlled legislature, the push for redistricting has been a component of many Democratic lawmaker’s campaigns.

At the helm of lobbying for the amendment to pass is Brian Cannon, executive director of OneVirginia2021. The organization’s offshoot political action committee, FairMaps Virginia, has dedicated time to advocacy in favor of the amendment — using bipartisan fundraising, which Democrats worry about the inclusion of some out-of-state donors who have also donated to Republicans.

Still, Cannon said redistricting efforts need to be bipartisan to be effective. As a registered Democrat with legislators from his party who have lobbied with his organization for years, he is disappointed but not surprised that some legislators have taken issue with the proposed commission’s current form.

“I’m a Democrat. It’s not surprising to see the party in power start to oppose reform because it happens everywhere. It just sucks that it’s my party,” Cannon said.

However, those who now dissent say it’s the evolution of the redistricting commission makeup that spurs their lack of support for its current form. There are also concerns that if the commission fails to produce a map, the state’s Supreme Court may favor republicans, as some current judges were appointed during the GOP’s majority.

An earlier proposal for a redistricting commission would have been composed from a pool of citizens who applied for the commission, rather than from lists of recommendations by legislators. Language of the text also included criteria that districts “should not be drawn to abridge or deny the ability of substantial racial or ethnic minority communities to elect representatives of their choice.”

Del. Sally Hudson, D-Charlottesville, said that while she supports the previous amendment draft from before her time in the state legislature, she also supports the existing amendment, for now.

Noting the years in the making to get Virginia to this point, Hudson feels passing the current amendment is a path towards achieving true nonpartisan redistricting.

“I desperately want the stronger amendment we all deserve, and I think the path there runs through this amendment,” Hudson said.

Still, Hudson acknowledges the frustrations of advocates who are dissatisfied with the state’s latest redistricting attempt.

Hudson thanks long-term advocates who have elevated discussions on gerrymandering to mainstream conversation.

“I understand their frustration — particularly the people who have been in it for the longest haul because they know that the General Assembly is settling for partial progress.”

That partial progress, she said, can become full progress. As a newer delegate, she noted the long journey to get this amendment on the ballot and that passing this plan even with some Democrats on record objecting will help keep the momentum going.

Republican state Sen. Bryce Reeves — whose district blankets Fredericksburg and Culpeper County but touches a part of Charlottesville — noted how politically purple his constituency is. Calling the current amendment a “good compromise,” he understands it can’t please everyone.

“It’s a great step, I think, in getting to a more bipartisan level playing field where members [of the General Assembly] aren’t drawing their districts. I’ve been in the majority and minority in the last 10 years,” he said of his political party within the state legislature. “We need to figure out a system. Is this one perfect? No, but it’s better than what we have now.”

Reeves noted the temptation every legislator faces when it comes to drawing districts and believes the amendment will help end lines being drawn based on voter’s party affiliations.

“I think, with this deal, you’re going to see a lot more districts drawn to where they’re more competitive,” Reeves said. 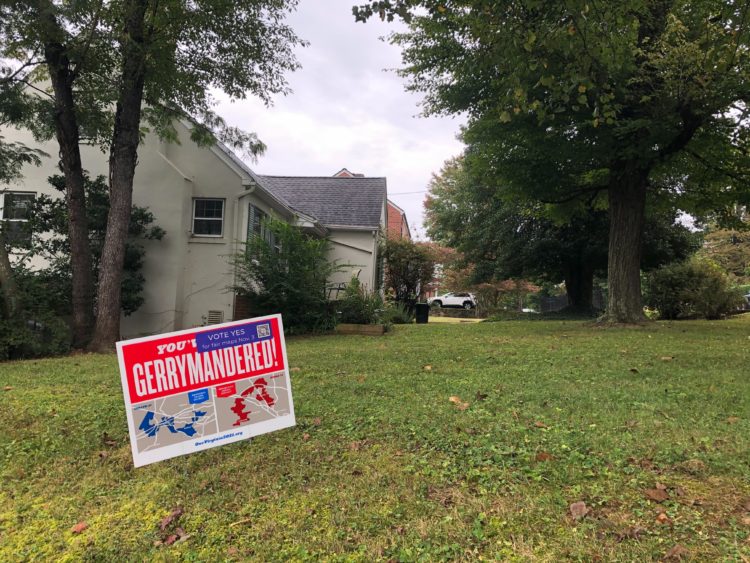 In Reeves’ latest election, he defeated Democratic candidate Amy Laufer by just three points. Noting the current competitiveness of his district, he supports the amendment.

If Amendment No. 1 is not voted into law by Virginians this year, the General Assembly — which currently has Democratic majority — will retain the responsibility to draw maps.

Establishing an independent commission that some say would be better will take time, and in the meantime, advocates say they will pressure the majority to draw the next maps as fairly as possible.

Senior advisor to FairDistricts Trevor Southerland points to new state law that creates criteria that will be more fair and eliminate gerrymandering.

Del. Marcia “Cia” Price sponsored House Bill 1255 in the House, and Sen. Jennifer McClellan sponsored identical legislation in the Senate. Both are members of the Legislative Black Caucus, which has criticized the lack of protection for racial and ethnic minorities in the language of Amendment No. 1.

The bill outlines criteria to avoid political, racial, and prison gerrymandering — the latter of which refers to the process of counting incarcerated individuals in census population data of jurisdictions where they may not live and legally don’t yet have their rights restored to vote.

Southerland said that if Amendment No.1 fails and “redistricting goes to the General Assembly, it would not be redistricting as we know it due to HB 1255. From there, we would then continue our mission to pass a nonpartisan and independent commission so that voters can choose their politicians, not the other way around.”

The  legislature can further write and pass a statute that would create and pass a commission that excludes legislators from being on it and includes the protections outlined in HB1255.

“The problem isn’t that there would be gerrymandering in 2021. That’s not the problem — this assumption that the Democrats will gerrymander — there’s already a law on the books that said they can’t gerrymander,” Perriello said. “The problem is that [HB1255] is a statute, and the next year, you could change the majority and change it over. That’s why you want things in the constitution.”

Without the language of legislation like HB1255 in place in a constitutional amendment, it could be appealed by a future General Assembly.

Anna Scholl, executive director of advocacy organization Progress Virginia, said that the state’s process to amend its constitution has to originate in the legislature and pass two consecutive sessions with an election in between — as the efforts to place this amendment on the constitution have already achieved.

The next opportunity to craft a revised redistricting commission, if this one is rejected by Virginians,  would be in January 2021, and statewide elections will happen that November. The proposal then would need to pass again in 2022 before landing on ballots in the fall of that year.

If this current commission is not voted into law, the next proposed commission, if passed, would not be drawing state and congressional voting maps until after the 2030 census.

For now, the criteria outlined in HB1255 and SB717 will apply regardless of who draws the maps in 2021 —  be it the amendment passes and the commission is drawing the maps, or it fails and defaults to the General Assembly.

In the hands of voters

While some legislators and advocates are asking voters to defer the current proposal and place districts in the hands of the General Assembly for another decade, recent polling shows a margin of those who are still undecided.

A new poll from Christopher Newport University’s Judy Ford Wason Center for Public Policy shows a break in support of the amendment between legislators and their constituents as well — with  48% in favor, 28% opposing it and 24% of voters polled undecided.

“What’s interesting is that the party leadership in the House [of Delegates] on both sides is in a different position than their members,” explained Quentin Kidd, director of the policy center. “Democratic leaders oppose the amendment, but Democratic voters largely support it. Conversely, Republican leaders support it, but Republican voters largely oppose it.”

Kidd surmised that it could be that the result of the efforts for redistricting reform have been so long in the making.

“I think it’s because for a decade the party leaders had different positions — and those positions sunk into their bases — and once control of the House changed, the incentive structure of the two sides changed,” he explained.

While some see the current amendment as partial progress and a path to better redistricting reform, others fear it’s not enough and could be a roadblock. Still, the legislative body placed the next vote in the hands of Virginians.

“Regardless of how you feel about this amendment, it is so important for people to know what the two sides feel. Then they should absolutely make their own informed decision,” Perriello said. “They’re not going to be able to make an informed decision if they don’t know the facts on either side.”