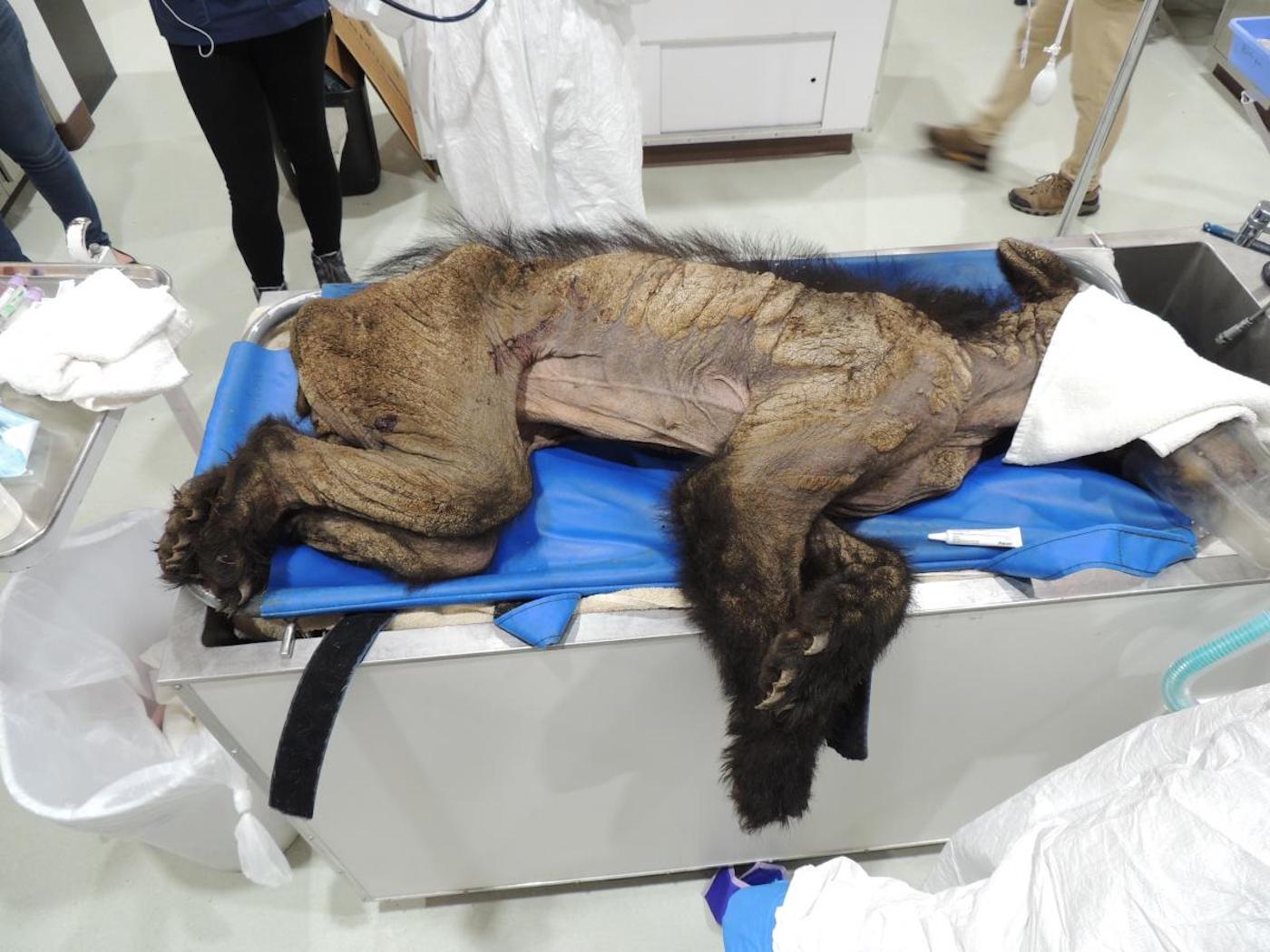 A Virginia black bear is being treated for mange by veterinarians at The Wildlife Center of Virginia.

Credit: Photo courtesy of The Wildlife Center of Virginia

Severe — and sometimes deadly — cases of mange have quietly spread through the region’s black bear population during the last couple years.

The disease’s sudden and rapid appearance has wildlife biologists puzzled.

“Why all of a sudden we’re seeing bears picking up and retaining and being infested by these mites, we don’t really know,” said David Kocka, a district wildlife biologist for the Virginia Department of Wildlife Resources. “There’s a lot we really don’t know about it, that’s the bottom line.”

Mange is a skin disease caused by mites that burrow into skin and lay eggs. The process is intensely itchy for the host animal. In early stages, the bear will spend extended periods of time scratching the infested area. In later stages, they lose much of their fur, become weak and more seriously ill.

“They just look in pathetic shape,” Kocka said. “What we see is when they get to a certain stage where they’re so unhappy with life, they feel so horrible that [it’s] like they’re losing their minds. They’ll crawl into somebody’s doghouse and stay there for a couple days, or they’ll crawl under their deck, or in a garage.”

The first case of mange was seen in a Virginia black bear in the mid-1990s, but cases were rare until about three years ago.

It’s unclear just how prevalent the disease is. There have been no formal studies or surveys on its spread — but it is clearly spreading, Kocka said.

In northern Virginia, around Shenandoah County, two-thirds of the calls made to the state’s wildlife helpline this year were about black bears with severe mange. In the region around Charlottesville, it’s about one-third.

In fact, a bear that wandered into Charlottesville last winter was killed because it had mange.

For now, the state is euthanizing all bears with the disease. It is highly contagious, and the state is not currently treating bears for mange.

State biologists did try. Mange can be treated — veterinarians routinely cure cases in domestic dogs and cats. So, a couple years ago, the Department of Wildlife Services captured several infested bears to do just that. Veterinarians kept the bears until all signs of the mites were gone, then placed radio collars on them and released them back into the wild.

Around the same time, veterinarians at The Wildlife Center of Virginia (a nonprofit that treats sick and injured wildlife) also began treating bears with mange.

Initially, the groups were hopeful. But, the bears treated by the state all returned a year later again with severe cases of mange. The DWR decided to stop treating the bears — at least until more efficacious techniques become available, Kocka said.

The Wildlife Center is currently researching new medications that may be more effective, said  Alex Wehrung, the Center’s outreach coordinator.

But, as of this year, the work is on hold. With cases spreading so rapidly, the state has banned transporting infected animals in hopes of slowing the spread. That means, the Center can no longer bring infested bears into its facility.

In the meantime, the DWR is looking for funding to do more research.

Part of the cause may simply be that the number of bears in this part of Virginia is rising, Wehrung said.

Black bears were hunted nearly to extinction in Virginia in the early 1900s, during a time when Americans were attempting to kill off nearly all large predators. But, the collective attitude toward bears started to change by the middle part of the century. Since then, bears were made protected species, and their populations began to rebound.

“They are really thriving,” Wehrung said. “As far as I know, there are more black bears in Virginia than there ever have been, since we started keeping track.”

With so many more black bears, it’s possible that the animals are simply coming into contact with each other more frequently, Wehrung said.

That contact would be exacerbated by the continued encroachment of human populations into traditional bear territories.

Human expansion means that more bears are coming into suburban neighborhoods, and even larger cities, looking for food.

In fact, the single best thing humans can do to help reduce the spread of mange in the bear population, biologists say, is take down your bird feeder.

“Bears are omnivores, they eat pretty much everything,” Wehrung said. “They’ll eat bird seed, your pet’s food, your garbage. And when there are food sources out like that that multiple bears go to, that increases the chance that they will catch the mites there. The best thing people can do to slow the spread of mange is to take down your bird feeder, move your garbage into the garage, and take your pet’s food inside.”