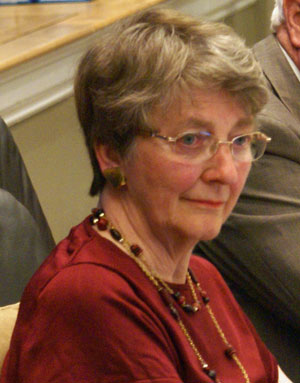 (Samuel Miller) as part of its monthly Government Day discussion. Thomas and hosts Rick Daniels and Jane Foy discuss the County’s response to budget cuts, land use taxes, and other issues the Board of Supervisors will take up during their meeting this week.


The Board will consider the new forms property owners currently receiving land use tax benefits will be required to submit to revalidate their eligibility for receiving the reduced tax assessment. Under the proposal, land owners would need to provide detailed information such as documentation of revenue from the use of the land or an accurate count of livestock, designed to supplement periodic land surveys by County officials.

Thomas said the new forms should help keep taxing issues fair and accurate, as yearly land use surveys become less frequent.
The Board will also consider a resolution asking Albemarle County to be declared an agricultural drought emergency area. Thomas said this would allow farmers and others in immediate need an earlier chance to access necessary materials, like hay, to sustain their farms.

Thomas ended her appearance by discussing the water supply and the work of the South Fork Reservoir Stewardship Task Force.