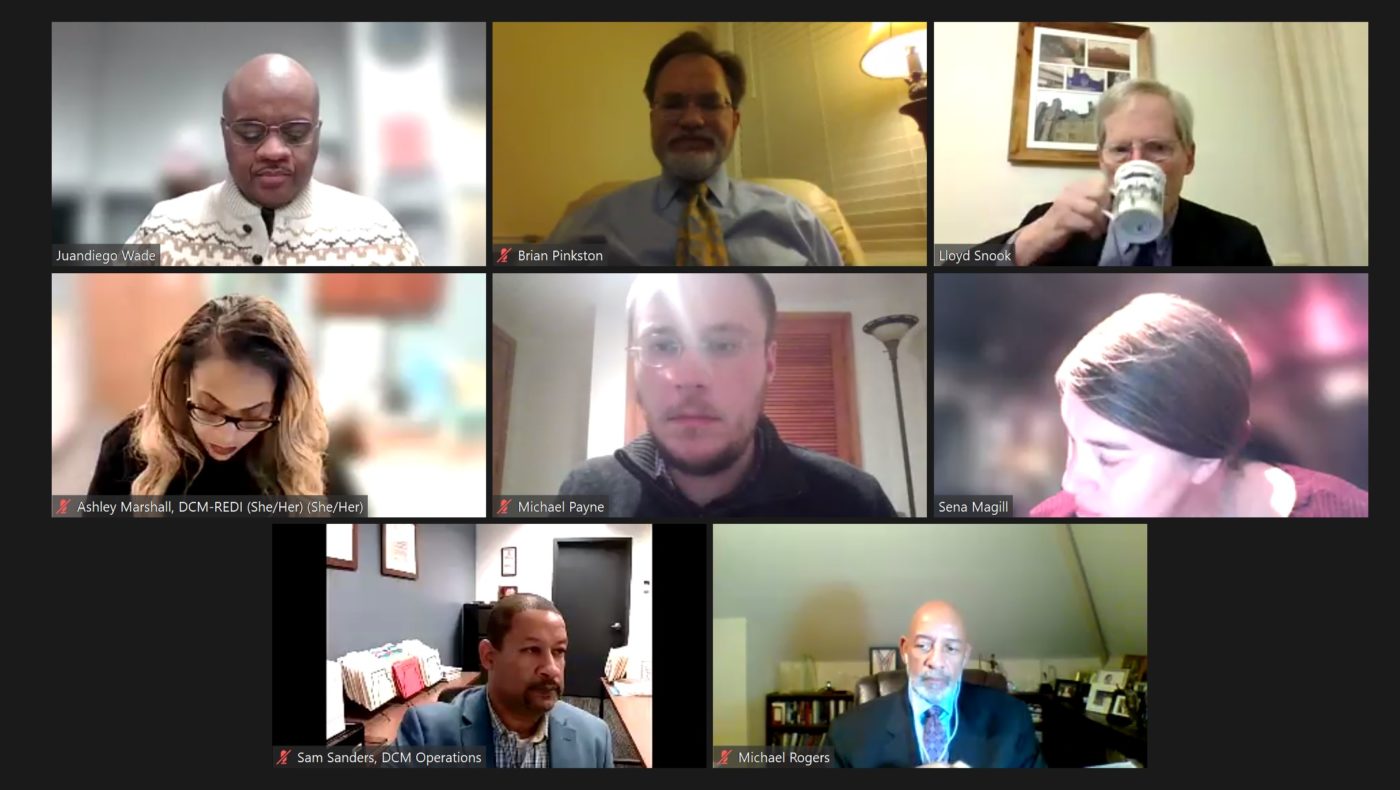 At the Jan. 18 Council meeting, Michael C. Rogers was announced as Charlottesville’s latest interim. His immediate focus will be to shepherd the city’s budget for the next fiscal year and manage day to day operations within city hall.

“I look forward to working with you, listening to you, and understanding the issues that are immediately before you so that we can work on constructive solutions,” Rogers said to councilors at the meeting.

Rogers was one of three people recommended by the Washington D.C.-based firm, the Robert Bobb Group, to serve as Charlottesville’s interim leader. Council hired the group to find them interim candidates — and offer other advice and direction — after the city’s latest interim hire pulled out in November, just days before he was set to begin.

Both of those interims expressed interest in taking over as permanent city manager at the end of their interim periods. However, Chip Boyles resigned after less than a year and would-be-interim city manager, Marc Woolley, pulled out a day before he was set to start.

By the end of 2021, Charlottesville requested proposals from firms that could provide “city management services” and Robert Bobb Group was the winning bid. The firm is helmed by the eponymous president and CEO who has decades of experience working in local governments around the country. Robert Bobb Group was also the firm that helped solve financial issues in Petersburg in 2016 and 2017.

The group recommended Rogers as someone who can handle the responsibilities of an interim city manager as Council works to hire a permanent one.

Rogers said transparency is his “style” and that he looks forward to engaging with residents.

His past public service has been as city administrator of the District of Columbia and as Executive Director of Metropolitan Washington Council of Governments.

He’s worked with the Robert Bobb Group to serve in similar interim roles in the past. In Petersburg, for example, he was Chief Operating Officer and Chief Financial Officer when the firm was tapped in 2016 to handle the city’s dire financial issues.

Rogers first day with Charlottesville will be Jan. 31 and he is contracted through Robert Bobb Group for six months, unless Charlottesville finds a permanent city manager before then.

Having hired Robert Bobb Group for a $155,000 price tag, the group will serve an advisory role to the council.

According to the contract, the firm is expected to receive six monthly payments of more than $25,000 dollars between now and June. Both Robert Bobb Group and the City can terminate the contract sooner if needed.

“If someone comes forward and is hired prior to when our contract expires, then we will leave,” said Robert Bobb, CEO and president of the Robert Bobb Group. “The city will not be obligated to continue our services for six months if they don’t need to.”

According to the firm’s proposal, Robert Bobb himself will serve as the “engagement executive” to conduct one on one meetings with members of Council, attend the pre-City Council agenda meetings with Rogers, and – when authorized – attend other Council meetings.

Bobb said he believes Council could benefit from some basic education on how Charlottesville’s system of government operates. Under the Council-Manager form of local government, it’s the city manager who has executive power while the mayor is more of a ceremonial position.

As such, Robert Bobb Group may coordinate a workshop on council-manager relations.

The group would need Council approval and it could “likely” be conducted through the International City/County Management Association.

Bobb said that while the content of the workshop may not provide new information to some of the Council, it “will be important to have a good start” and to “understand roles and expectations” of each other.

“Sometimes there’s an overlap between what’s administration and what’s policy so councils and managers have to figure out how to work within those gray areas,” Bobb said.

Councilor Sena Magill noted the challenges the Council has had in translating its vision for the city to whoever is serving as city manager.

“It is hard for a city manager to thread that needle of representing the unified council vision if that vision is not clear,” Magill said. “And, to be honest, this has been a failing of the Council, and I firmly include myself in that and have a responsibility to work to correct that.”