Without enough bus drivers, teachers, school staff and community members are shuttling children to school — and there’s no immediate end in sight 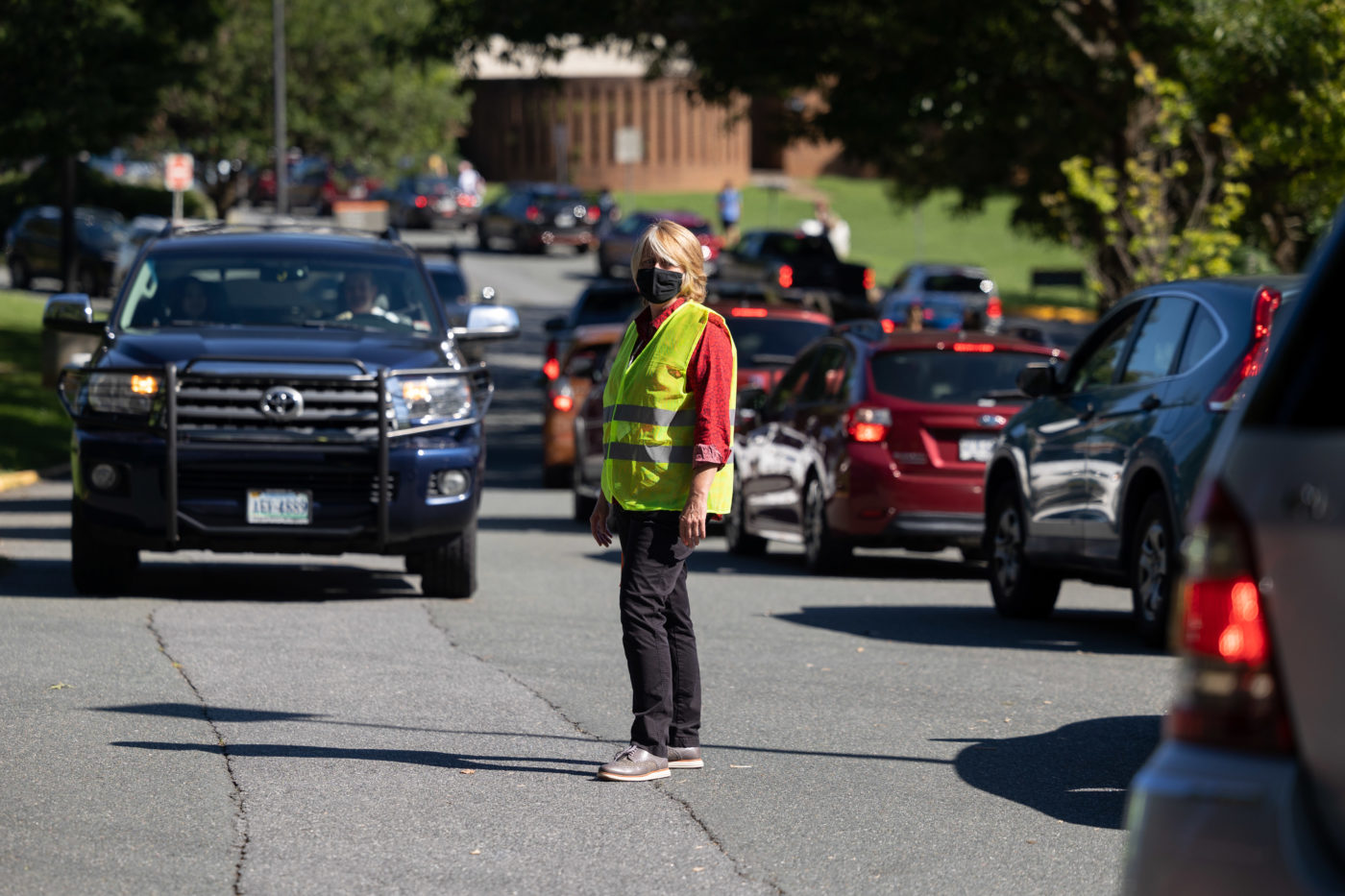 YOU CAN BE IN THE KNOW

Weekday mornings in Charlottesville begin with a city-wide scramble to get children to school.

Because of a massive bus driver shortage, the bus system that serves Charlottesville City Schools is operating at just over 40% capacity. It’s about to get a little better: Following a major push to hire more drivers, that capacity should jump to about 60% in the coming weeks, officials say.

But that still leaves 40% — nearly 900 — of Charlottesville City School children who have requested a seat on the bus without one.

“This is terrible,” City School Board Chair Lisa Larson-Torres said one morning last week as she drove through a neighborhood near Burnley-Moran Elementary to pick up two of those kids.

Since the school year began, Larson-Torres has been personally driving children to school who couldn’t otherwise get there. She is among a network of people across the city who are doing this.

Teachers, principals and other school staff members are chauffeuring children in their personal cars. The nonprofit group International Neighbors has donated its minibus and a driver to pick up some kids. In some instances, the schools are calling students taxis.

Despite the effort, officials say they don’t yet know how many students are missing school because they have no way to get there. But they know that it is happening.

“Some of the attendance is what I would call spotty,” Kim Powell, the school division’s assistant superintendent for finance and operations, said at a recent school board meeting. “They’re not able to make it to school consistently.”

And, of the students who do make it, many struggle to get there on time.

“I kind of like the city bus better because there are less people, but the problem is it’s really unreliable,” he continued. “It’s usually late, so I’m usually late to class in the morning.”

He paused and looked at the ground. “I just want to get here on time,” he said quietly.

Andrew said his parents can’t drive him. But hundreds of parents, who are able, are doing just that. And that creates other issues.

The sudden surge of children arriving and departing school by car has led to traffic problems around several schools, said Brennen Duncan, Charlottesville’s traffic engineer. School leaders have improvised new drop off and pick up locations in an effort to keep the vehicles moving. 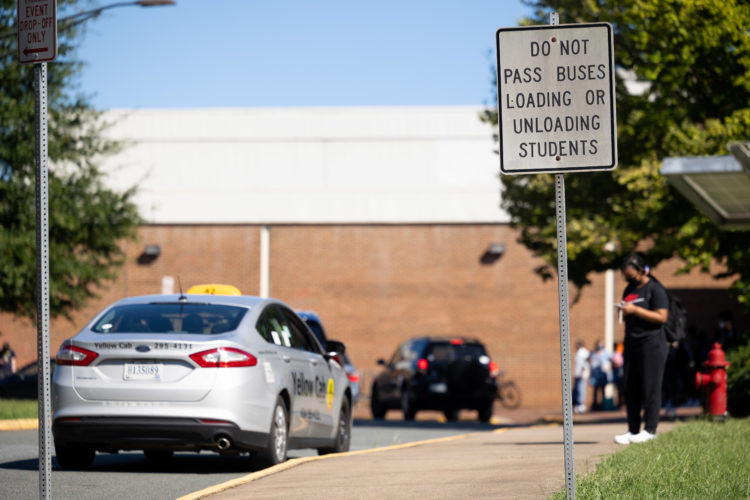 A taxi picks up students at what was once a bus-loading zone.

At Charlottesville High School, a school bus-only drop off lane has been converted to accommodate the hundreds of extra cars dropping off and picking up students.

“We have 500 to 600 cars coming through here,” Eric Irizarry, CHS principal, said as he hurried across the high school’s parking lot in a golf cart to check that all was going smoothly. “It’s organized now, but it’s a lot of cars.”

There’s no immediate end in sight.

School bus services in Charlottesville are overseen by Charlottesville Area Transit — not the school division. CAT normally aims to have around 30 school bus drivers in any given school year. Even with that number, CAT picked up children on “some pretty crowded buses,” said CAT Director Garland Williams.

It began this school year with 12 drivers.

The bus driver shortage is not unique to Charlottesville. School districts across the nation are grappling with the same problem.

It’s largely a result of the COVID-19 pandemic. As schools went virtual last year, drivers were furloughed and many chose not to return. Add to that the potential for exposure to the virus on a crowded bus, and it’s made recruitment hard.

A recent survey conducted by a group of national pupil transportation associations showed that half of districts describe their driver shortage as “severe” or “desperate.”

In Massachusetts, the situation became so bad that the governor on Monday activated the National Guard to drive school buses. Other states have proposed similar solutions.

When Charlottesville school and CAT leaders realized they didn’t have enough drivers, they began a large-scale recruitment effort. They offered new drivers a $2,400 bonus and, for the first time, allowed them access to the city’s health insurance and retirement benefits.

Those efforts yielded some results. Since the school year began, CAT has hired six new school bus drivers who are currently going through a compressed version of the city’s driver training program.

Once they complete that program and obtain the required state licenses, the school division anticipates adding three more routes that will pick up 416 more kids.

The children won’t be pulled from the waitlist at random, Powell said. The division is trying to prioritize students who can’t get to school any other way.

But she and other school officials acknowledged that there will likely still be children on the waitlist with no other way to school.

“We know how precious each seat is,” Powell said. “I hope after this next round of routes are in place we can do a better assessment and understand where the issues still are, where students are absolutely not able to get to school, and we’ll try to find more creative solutions to help with that.”

In the meantime, CAT is continuing its efforts to recruit more drivers. The department expanded its advertising campaign beyond the Charlottesville area, in hopes of luring drivers from nearby towns and counties.

“We’re all trying to make sure this doesn’t happen again,” Williams said. “There is no easy button, unfortunately, so we need to grow our way out of this and put a plan in place.”