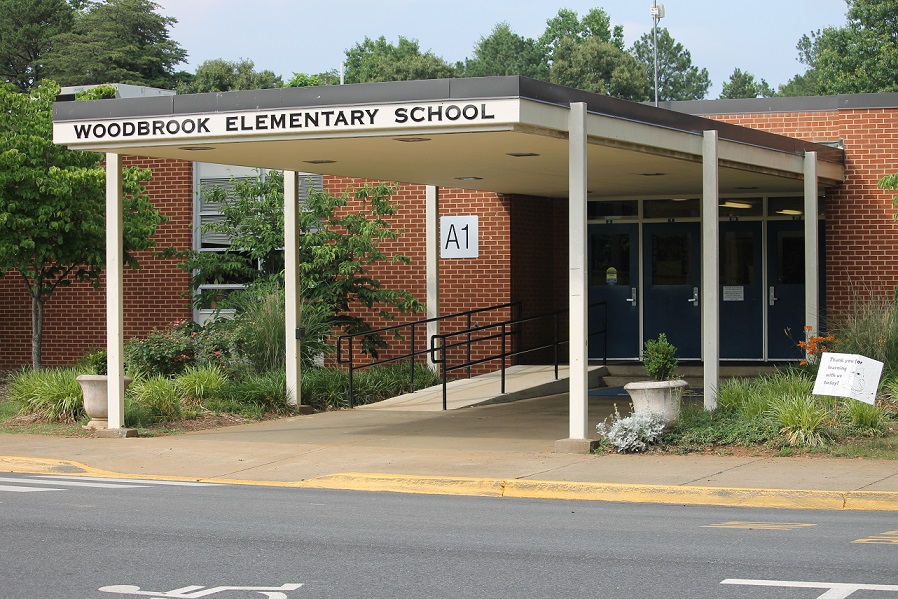 Woodbrook Elementary will combine first and second graders, and fourth and fifth graders in multiage classrooms in the coming school year.

A $16.3 million expansion of Woodbrook Elementary School promises to change the way that students at the school learn— a transformation more comprehensive and rapid than some parents expected.

At a community meeting on June 1, Woodbrook principal Lisa Molinaro announced that first and second graders, and fourth and fifth graders would be combined in multiage classrooms for the coming school year. She said she expected that all students would learn in multiage classes by the 2018-2019 school year.

Although parents were informed months earlier that multiage classes would be coming to Woodbrook, many at the meeting were surprised to learn that they would not be able to opt their children out of these classes.

The meeting was scheduled to run from 6:30 p.m. to 8:30 p.m., but Molinaro said she had to stay in the school building for two more hours to answer parents’ questions.

Woodbrook is an Albemarle County school designated as a Title I Focus School. It is one of the county’s most ethnically and socioeconomically diverse elementary schools.

At a county School Board meeting earlier this month, Scottsville District representative Stephen Koleszar said he had seen several emails from Woodbrook parents voicing their concerns about multiage learning at the school.

Molinaro said some parents told her their children might not learn as well in a large room with 44 to 60 students. Others worried that learning alongside younger students would make school less challenging for their children.

Molinaro said she encourages parents to meet with her at the school this summer to learn about how the layout of the new building will allow for students to learn in groups of various sizes, with peers at the same level of proficiency.

“We have the time and resources we need to construct a thoughtful and engaging multiage curriculum,” Molinaro said.

“There are always concerns when you’re thinking about changing something, especially something that has been successful,” said Debora Collins, Albemarle’s Assistant Superintendent for Student Learning. “Woodbrook has been a very successful school.”

“We are all committed to working through those concerns, and I know Ms. Molinaro is very committed to putting together structures that support students,” Collins said.

“It needs to be a community vision,” she added.” That’s when things work well: when everybody believes that we can do something different, and have amazing results.”

Collins said the expansion of multiage, project-based learning in Albemarle’s elementary schools corresponds with the county’s High School 2022 initiative, which aims to redesign its high school offerings in anticipation of the Virginia Department of Education’s new graduation requirements.

“Multiage learning will match the outcomes they are looking for,” Collins said. “The models will be shifting.”

“We know this is going to prepare them better for the world they are going to enter,” said Molinaro.

Agnor-Hurt Elementary hosts a multiage classroom that accommodates over 100 students; parents sign their children up to be placed in the classroom through a random lottery.

Students have also been grouped in multiage classes at Red Hill Elementary and at B.F. Yancey Elementary before it closed this month.

“I don’t think parents understand that this is not just happening at Woodbrook,” Molinaro said.

Molinaro said learning with older children “gives younger kids confidence to immediately jump in… the kids see what’s ahead, and that builds the scaffolding and the anchors for learning.”

Molinaro said multiage instruction gives students more freedom to learn at their own pace. It also can let children avoid the social isolation that typically results from being held back in a grade.

Molinaro said Woodbrook’s students will benefit from staying with the same teachers for two or three consecutive years. She also said that working in an open classroom with multiple colleagues gives teachers “ever-ongoing professional development” and motivation.

Molinaro recalled convening a faculty meeting last year and asking each teacher to consider if they were “all in” for multiage learning. One teacher decided to transfer to a different school next year, she said.

Last year, Collins and Superintendent Pam Moran met with Molinaro to discuss what kind of professional development would allow Woodbrook to transition successfully to multiage learning.

“Woodbrook has a great climate already and we felt that [multiage learning] would just add to the strong relationships and the climate that they have,” Collins said.

In March, the county school division sent Molinaro and 10 teachers to San Diego for visits to multiage classrooms at several elementary schools.

Molinaro said the San Diego trip was transformative for the teachers, and inspired some of them to teach multiage lessons in the last quarter of the school year. “They were so moved by their experience and what it was doing for kids,” she said.

One of the candidates, Mary McIntyre, has two children at Woodbrook. She attended the community meeting at which next year’s instructional changes were announced.

McIntyre said that, while she hasn’t been able to find any recent studies of multiage learning’s effectiveness, she was encouraged by what she had seen at Agnor-Hurt through her work as a part-time literacy instructor there.

“Parents just want to see the evidence behind these decisions, and they want to be included in the decision-making process,” McIntyre said. “I have seen evidence with my own eyes at Agnor-Hurt, but there could also be evidence on the other side.”

McIntyre said that Molinaro is a highly respected principal and deeply attuned to the needs of Woodbrook’s students and teachers. However, McIntyre said she was unsure if the San Diego charter schools that Molinaro visited could be compared usefully to Woodbrook and other schools in Albemarle County.

Callsen, a former Teach for America corps member and a 2014 graduate of the University of Virginia School of Law, said she probably would place her sons in Agnor-Hurt’s multiage classroom if given the opportunity.

Like McIntyre, Callsen said she trusted Molinaro’s judgement of what was best for Woodbrook’s students, despite a dearth of research on multiage learning.

“Schools should have the autonomy to decide which instructional methods they want to use,” Callsen said. “I trust [Molinaro] to make the right decision. She knows the Woodbrook community much better than I do.”