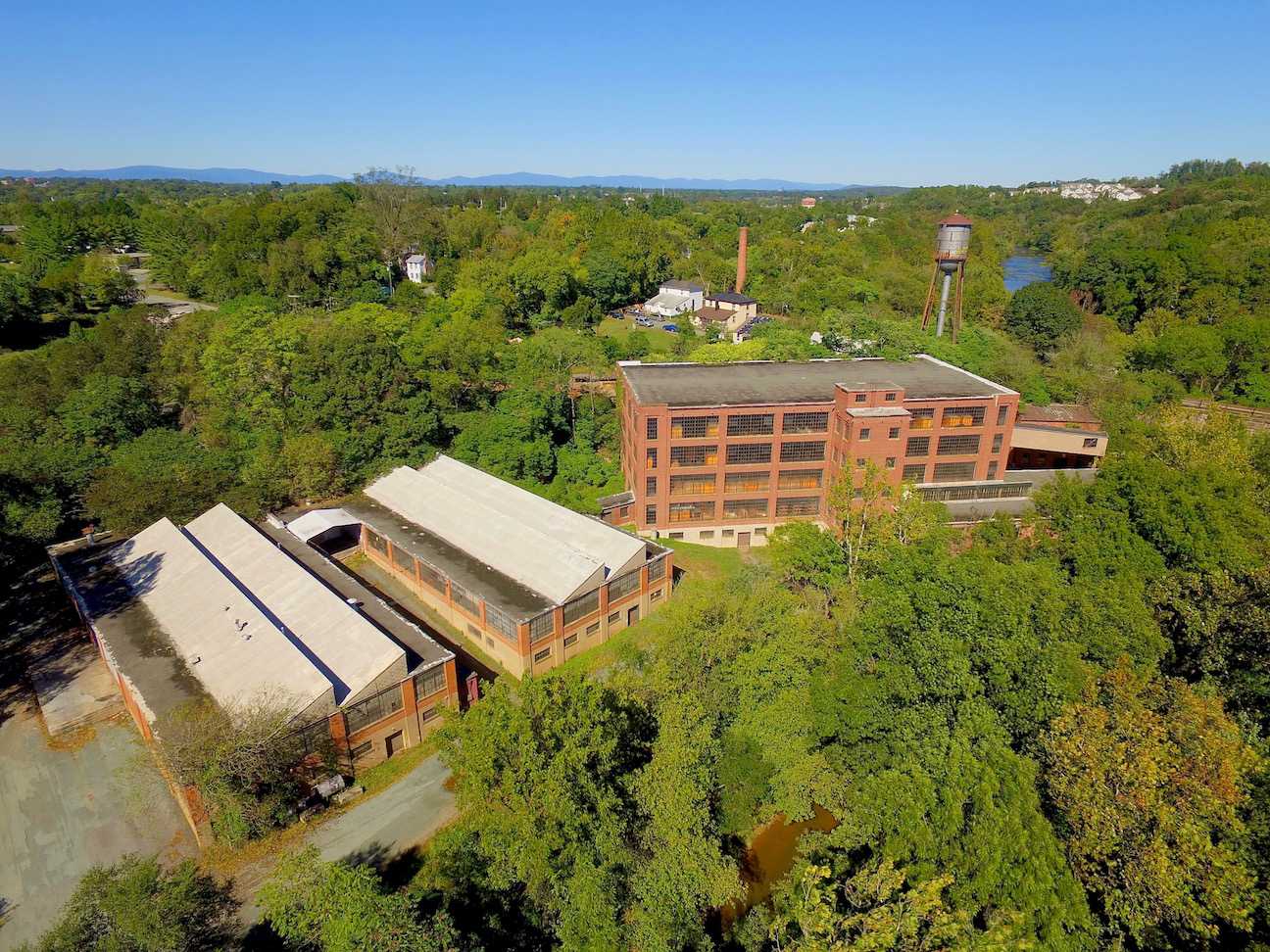 The Albemarle Board of Supervisors has approved a rezoning that will allow the vacant Woolen Mills factory to be converted into a residential and commercial complex at the confluence of Moores Creek and the Rivanna River.

“I think it’s a wonderful project and I’ve been hoping for years that somebody would take this on because it’s crumbling,” said Supervisor Liz Palmer.

“The goal of this project is to tell the story of an amazing property in the county,” Roy said. “It dates back to the Civil War as a center for industrial development.”

Space where uniforms and other textiles were manufactured in the past will now take on a 21st-century feeling.

Some of the buildings will be for what are described as “live/work” units.

“These are residential units with space designed to allow people to work from home,” Fritz said.

“During the review of the revisions to the Comprehensive Plan, this area was designated for community mixed use with a statement that 45 percent of the space must be employment,” Fritz said. One of the proffers included in the rezoning ensures that will be the case.

Roy will receive historic tax credits from the Virginia Department of Historic Resources for his efforts.

“Overall, the buildings are sturdy, solid and of sound construction,” Fritz said. “However, upon close inspection areas that need maintenance are apparent. Restoration of this site, before deterioration begins that would make restoration uneconomical, is important.”

There will be a passageway that will connect Broadway and East Market streets, but it will only be accessible to emergency vehicles, pedestrians and cyclists.

Another proffer will limit a parking lot on East Market to 28 spaces. Another will allow space for the Rivanna Trail to cross the property.

Barnes said the easement will allow a key piece of the trail’s loop to be closed.

Supervisors also approved a special-use permit to allow activity in the flood plain.

Roy also had to get approval from the Federal Emergency Management Agency to lower the official flood plain to allow the development to proceed.

“The thought is to construct a flood wall that would remove the building totally from the flood plain,” Roy said.

The main entrance will be from Broadway Street.

“I’ve also, through the proffers, given money to the city to address some of their concerns with a turn lane on Market Street,” Roy said. “I think we’ve done a good job working with the neighborhood in hearing their concerns and doing the best we can based on a site that certainly is a challenge based on location.”

Roy said the redevelopment also will serve as a major new access point to the Rivanna.

“I feel strongly that this is a thoughtful development and it will blend in well with the area,” he said. “It will offer an attractive destination for individuals wanting to live and work downtown, but also for them to be able to take advantage of the serene and beautiful environment.”