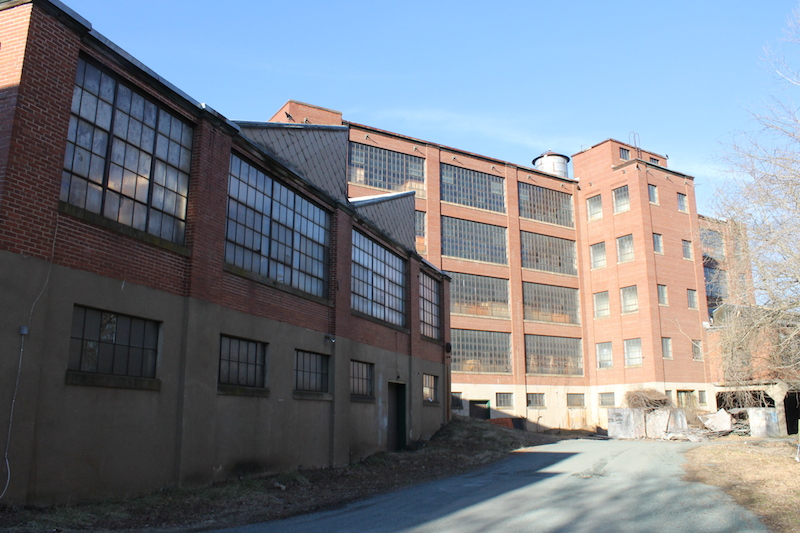 As a developer crafts a plan for a mixed-use complex at the former Woolen Mills factory in Albemarle, the county Board of Supervisors has indicated it will allow more homes than designated in the Comprehensive Plan.

“I feel very positive about the cooperative progress that we have made,” developer Brian Roy said at a recent board work session.

The Charlottesville Woolen Mills operated as a textile and uniform factory for nearly a century before closing in 1962.

Roy wants to develop the 10-acre site using historic tax credits but the Comprehensive Plan currently has a land-use designation that calls for offices and light-industrial uses. That limits the number of homes that can be built there.

“I think there is a desire for some businesses to be in this location and I’ve spoken to a number of potential tenants,” Roy said. “But I’m not sure that a historically preserved building with the strict [limitations] that it would entail would be conducive to some of these businesses.”

Roy said allowing more homes would mitigate the risks he will take to develop the property.

Last month, the board indicated it wanted more flexibility for Roy to do what he thinks is economically feasible.

“Our recommendation had been that last half of the built square footage could be used for residential,” said Elaine Echols, the county’s principal planner. “That was trying to put an emphasis on job creation at this location.”

However, since then Echols has worked with the developers to possibly designate the land as “community mixed use,” which would allow for more than half the site to have homes.

Supervisor Ann H. Mallek said she thinks the county should do what it can to take advantage of the developer’s interest.

“You have that incredible asset of the [Rivanna River] and a neighboring park right there,” Mallek said, referring to Charlottesville’s Riverview Park. “It would be a shame to let it get away.”

However, Supervisor Jane Dittmar was unwilling to let go of land that’s designated for light-industrial uses.

“My bias is towards jobs in light-industrial areas,” Dittmar said.

Echols said the county’s Planning Commission expressed its belief that historic preservation of the site is more important than making sure the county sticks with the existing light-industrial designation. Supervisor Liz Palmer agreed.

“I think it’s extremely important to preserve the historic character,” Palmer said. “I think we need to give them the flexibility and encourage them to get as much commercial as they can.”

Dittmar said she was concerned that reducing the light-industrial requirement could set a precedent.

“Everything you do always establishes a precedent,” said county attorney Larry Davis. “[But] any zoning decision you make doesn’t obligate you to make a similar zoning decision in the future.”

The discussion came during the supervisors’ final work session on the Comprehensive Plan, which has been under review since the spring of 2011. Staff is recommending a public hearing be held before the board May 13.

Before then, several supervisors said they want staff to strengthen language calling for methods to protect neighborhoods from blight.

“We have some older neighborhoods right now that have homes that have been abandoned,” said Supervisor Diantha McKeel. “We don’t have any ordinances to help those situations.”

The Piedmont Environmental Council is asking that the plan include language about preparing the community for climate change.

“In response to climate change, the county has been proactive in taking steps to reduce its energy consumption,” said Jeff Werner, land-use field officer for the PEC. “However, the plan should expand this initiative by developing a process to anticipate and plan for the projected impacts of climate change.”

Werner suggested Albemarle create a “community resilience plan” that would describe, for instance, how the county would respond to long periods of hot temperatures.

“I think resiliency is a good way to frame it,” McKeel said. “I think we should know where we’re going to go with this.”

Echols said references to the local climate action planning process will be added to the final draft that will go to a public hearing. But the county’s planning director, Wayne Cilimberg, said such a resiliency plan would be separate from the Comprehensive Plan.