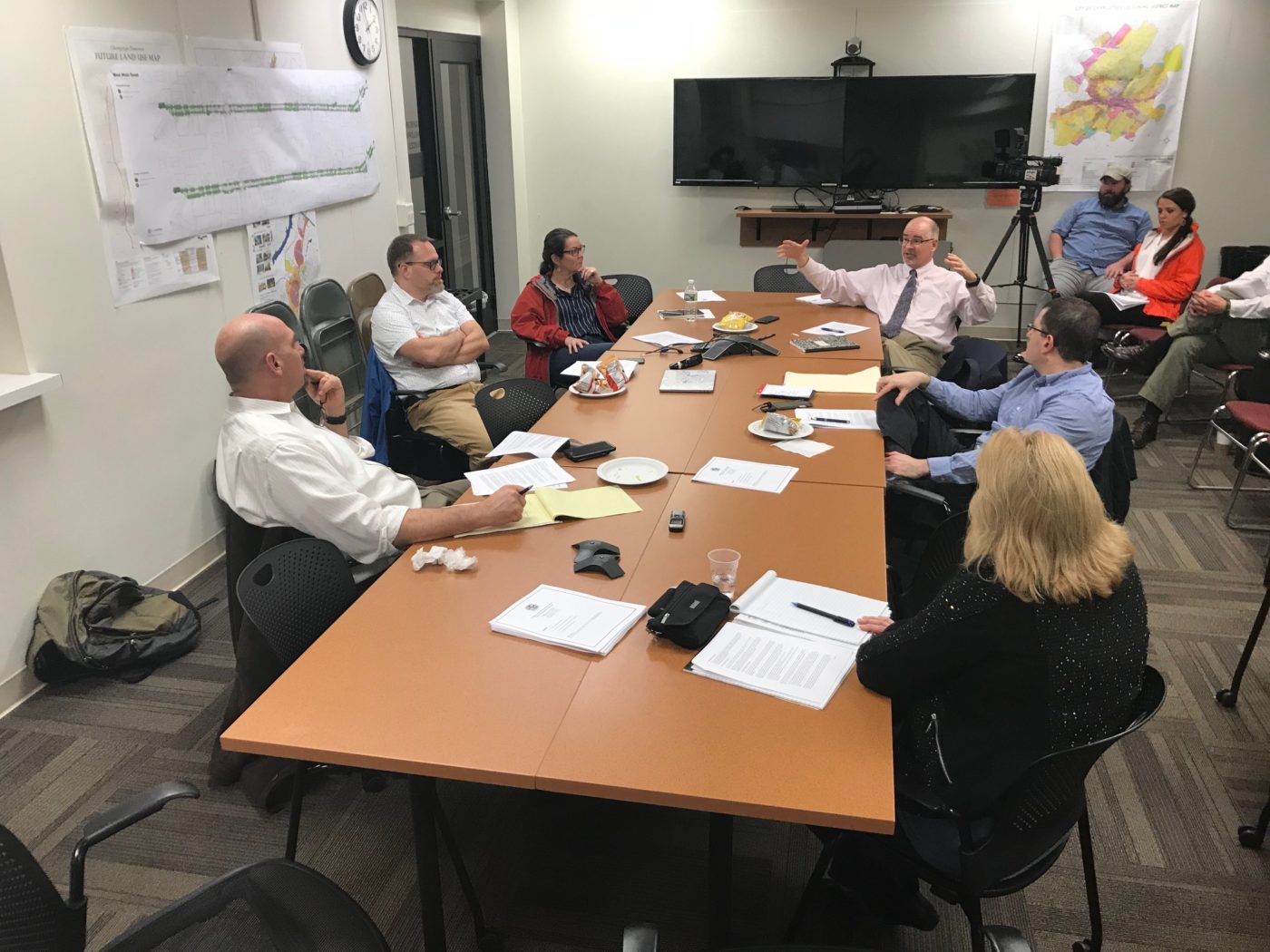 A subcommittee of the city’s Housing Advisory Council met Friday to offer guidance and feedback on a proposed program intended to help Charlottesville’s government with the construction of more affordable housing units.

“Our task is to look at and make a recommendation on the proposed Land Bank Corp.,” said Dan Rosensweig, a HAC member who is also executive director of Habitat for Humanity for Greater Charlottesville.

Rosensweig reminded the group that one of the recommendations that came out of a 2016 housing study was for the city manager to identify and any property owned by the local government that could be sold to create new housing units that would be kept affordable.

“Staff took that one level further and created the basic bones of a land bank [corporation], which would give the city a little more flexibility and power to not only dispose of land but to acquire and assemble land and then to utilize it strategically,” Rosensweig said.

Last July, the council directed staff to study the possibility and gave further direction on the idea in November. The subcommittee has been tasked with reviewing a draft ordinance that would create the entity.

“The Charlottesville City Council finds that the social and economic vitality of the city of Charlottesville is adversely affected by a deficit of affordable housing,” reads the introduction to the ordinance.

In addition to Rosensweig, subcommittee members include: Frank Stoner, of the firm Milestone Partners; Lesley Fore, of the nonprofit LEAP; Sunshine Mathon, executive director of the Piedmont Housing Alliance; Ridge Schuyler, Dean of Community Self-Sufficiency Programs at Piedmont Virginia Community College; and Phil d’Oronzio, CEO of Pilot Mortgage and chairman of the Housing Advisory Committee. Three other members of the subcommittee were not present. They are: Joy Johnson, of the Public Housing Association of Residents; Jennifer McKeever of the city school board; and Anthony Faro.

One idea is that the land bank would be able to generate revenues.

“If you have the ability of the land bank to purchase property and develop it either for mixed-use or commercial purposes, by definition the way it is constructed, you actually have revenue coming in toward affordable housing effectively,” Mathon said, adding a percentage of the property taxes on the development could be dedicated to the land bank.

Brenda Kelley, the city’s redevelopment manager, said if the city wants to sell, it must currently issue a request for proposals. For instance, the council took this approach in April 2014 when it sold surplus land near Greenbrier Park to a family who submitted the winning bid.

A land bank would not have to take that step.

The RFP process has also been used to sell a former city dumping site off Elliott Avenue to Southern Development. Habitat for Humanity built 18 affordable units at what would become known as Burnett Commons 3.

“As someone who has gone through that process successfully, there are pluses and minuses to it,” Rosensweig said. “The minuses were that it delayed this process by a couple of years.”

The subcommittee discussed who should be on the organization’s board at their initial meeting. The group discussed the possibility of ensuring that community groups are represented on the board.

“To me, the best boards are the ones who buy into the mission and act in good faith and show up,” Rosensweig said. “We’ve also heard from the public that there needs to be some representation from the community.”

The subcommittee’s input will be finalized at a meeting on Jan. 24, which will be held at the Water Street Center operated by the Thomas Jefferson Planning District Commission.

If the council decides to proceed with the land bank, it may take some time for it to be launched.

Kelley said state law requires that the corporation be fully set up and approved before it can purchase property.

That includes a charter, by-laws and processing through the IRS, which can take up to a year, Kelley said.