WorldStrides at 50: A local company with global reach 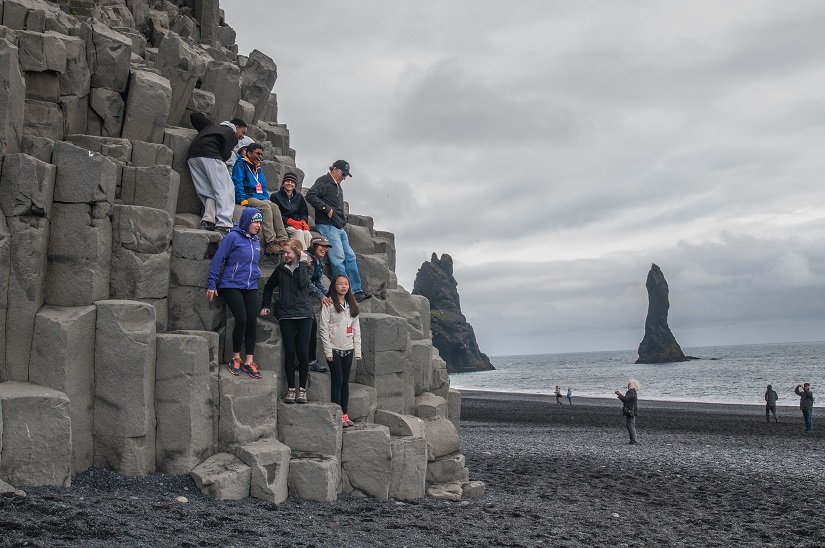 WorldStrides offers educational trips to 105 countries, including a science program in Iceland.

In the 1960s, Phil Wendel and a fellow teacher at his middle school in Illinois took a group of 100 students on a field trip to Washington.

“When we returned from the trip, I thought that I might be able to lead this trip just as well as the tour operator that planned it for us,” Wendel said.

The tour operation that Wendel founded in Illinois in 1967 would later move to Charlottesville and become the largest educational travel company in the United States.

WorldStrides offers excursions to 105 countries for students of all ages, and employs more than 2,000 people on six continents. About 400 people work at the company’s corporate offices on Water Street, making it one of the largest private employers based in the Charlottesville area.

More than 400,000 students traveled with WorldStrides last year, including some from local schools.

Laura Mulligan Thomas, director of the Charlottesville High School Orchestra, recently took her students to music festivals in Nashville, Tennessee, and France that were organized by WorldStrides. The orchestra is raising funds to compete at a WorldStrides-led festival in Ireland this summer.

“The performance venues that WorldStrides arranges are always exquisite,” Thomas said. “The Chartres Cathedral in France is probably the most exclusive and iconic venue in which we have ever performed.”

Thomas said touring internationally at first seemed like a difficult and stressful undertaking — and still is, in some ways.

“But when I saw how life-changing and motivational it was for the students, I was hooked,” she said.

WorldStrides — established 50 years ago as Lakeland Tours — retains some of its employees from the company’s early years. They attribute the company’s success to strong leadership, some good luck and dedication to its original mission of igniting personal growth for students.

When Wendel began to seek out customers for Lakeland Tours in the late 1960s, he found that few high schools were interested in taking educational trips to Washington. He attributes this trend to the youth counterculture and distrust in government that arose during the Vietnam War.

However, middle schools leapt at the opportunity to send their students to the nation’s capital.

“In the 1960s, middle school students hardly traveled anywhere on an overnight basis,” Wendel said. “There was a huge vacuum for travel to D.C. If there was ever an ‘Aha!’ moment, it was when I noticed that.”

Wendel accompanied his first tour groups on 14-hour bus rides between Chicago and Washington. Within a few years, students and teachers from all over the country were flying to Washington for Lakeland Tours programs.

After enduring two extraordinarily cold and snowy winters in the late 1970s, Wendel decided to leave Illinois. He moved to Albemarle County in 1979, joining relatives who were already in the area. Most of Lakeland Tours’ 15 employees followed him here.

Steve Borenstein, now senior vice president of sales for WorldStrides, was “curious and skeptical” of the company’s move to Charlottesville at the time. Ultimately, he said, the area was “a perfect fit” for the company.

“Moving to Charlottesville allowed us to be between Washington and Williamsburg, a short drive away from those major memorials and monuments,” he said.

Tim Walkup, senior vice president of human resources, said WorldStrides’ location remains a selling point when recruiting employees — especially since the company moved from Albemarle to an office building near the Downtown Mall in 2011.

“People enjoy this area,” Walkup said. “They can work for an international company, and still walk to Christian’s for a slice of pizza.”

Wendel sold his controlling interest in WorldStrides to a private equity firm in 1998 to focus on his next entrepreneurial venture — the ACAC Fitness & Wellness Centers. But WorldStrides’ greatest growth was still to come.

Hall said WorldStrides has continued to grow, even through economic downturns.

“I think most people look at [travel] as a part of their child’s education,” he said. “Parents will make sure that their school offers the field trip to Washington that every class has done for 20, 30, or 40 years.”

However, the company went through trying times after the 9/11 attacks made some Americans fearful of traveling to major cities.

Borenstein said he was proud of how WorldStrides regained the trust of schools and families in the wake of the attacks.

“We had to be strategic, thoughtful and brave,” he said. “We had to show people that they were with an organization that was going to take care of them — the best travel partner that any group could have.”

Hall said WorldStrides is constantly refining its emergency protocols, which helped the company protect 200 students who were in Paris during terror attacks in 2015.

“I think most people have come to realize that, when you actually rank the risks of travel, [terrorism] is not that high of a risk,” he said. “Personally, I believe that it is extremely safe to travel.”

Hall occasionally tags along on his company’s educational trips. He said he is always encouraged by the wide-eyed amazement of WorldStrides students — from middle-schoolers touring Capitol Hill to MBA candidates taking in the Great Wall of China.

“Seeing those students, and the passion that often gets sparked in them, is what’s really rewarding to me.”