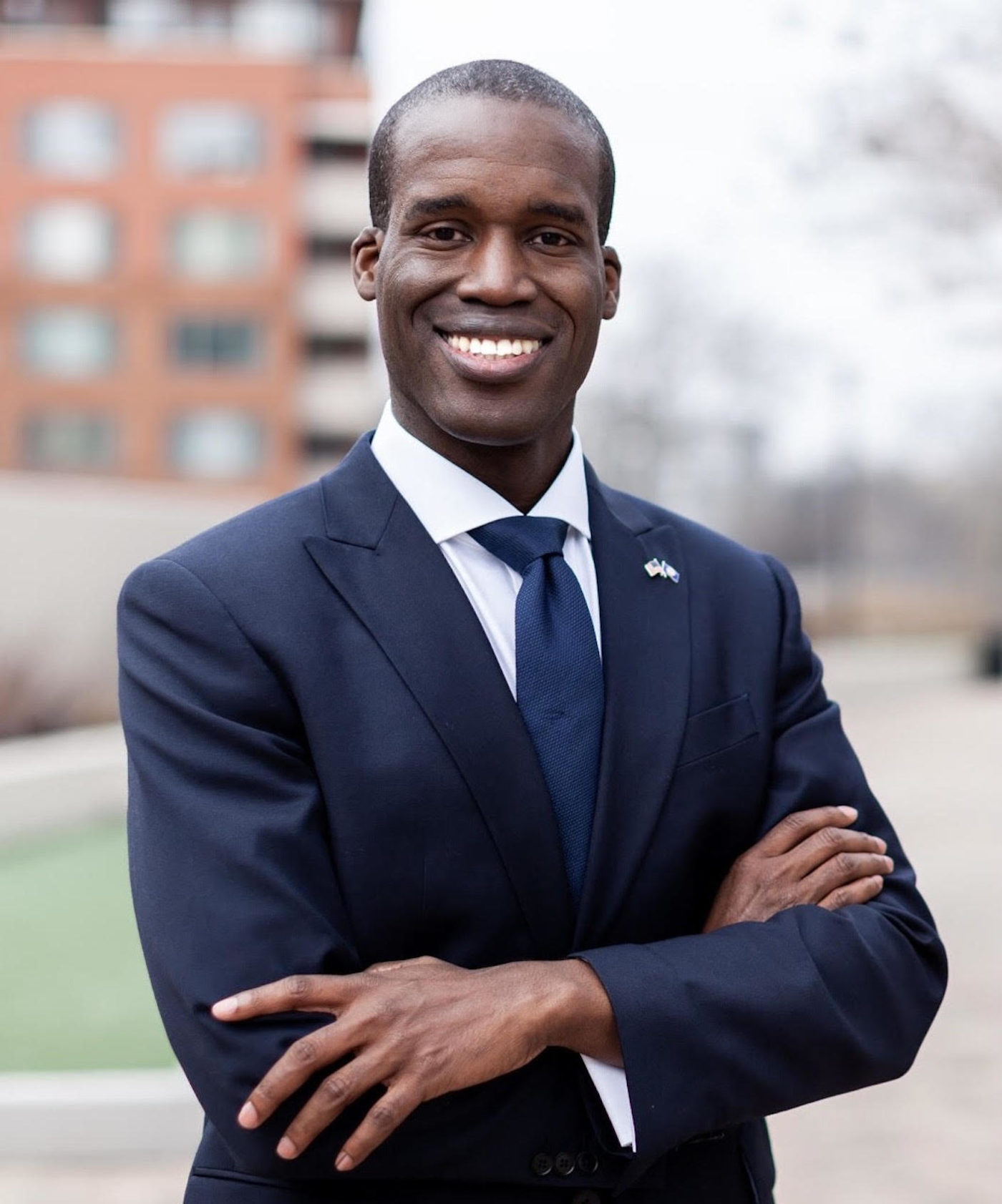 First-time candidate Xavier Warren sees a variety of crises facing Virginia — those wrought by COVID-19, racial and economic inequity and climate change. Warren, a Democrat, said he’s running for lieutenant governor to position the commonwealth as a national leader in economic, racial and environmental justice as the pandemic ebbs.

“Truth be told, people have been hurting financially before COVID arrived. COVID made it worse,” Warren said. “What prompted me to run was, in itself, reality.”

“A lot of people don’t talk about these business committees that the lieutenant governor serves on,” Warren said. “As an entrepreneur myself, a proven leader and proactive thinker, I can bring that unique experience I have across Virginia.”

Raised in Pittsylvania County, Warren graduated from Hampton University before moving to Northern Virginia to pursue his current career. Before establishing himself as a sports agent and business owner, Warren worked in retail and at restaurants, so he knows “what it’s like to write [his] name on the back of the check.”

Warren said his lived experiences as a business owner, union member in the NFL Player’s Association, HBCU graduate and former restaurant worker inform much of his platform.

“That’s what makes me unique,” Warren said. “You have all the diverse, unique experiences wrapped up into one individual.”

To promote economic growth, Warren plans to provide small businesses with technical assistance in procuring state funding — something he has experience with through his work at Congressional Partners. Warren will also cultivate relationships with K-12 schools, minority-serving institutions and Career Technical Education Centers to promote career-guided pathways.

Warren said that prioritizing career-guided pathways — which are programs of study designed to fit the hiring needs of employers — will provide greater job opportunities for students statewide and help them avoid student loan debt.

“It’s a good benefit for adult learners if they want to be retrained and want to have a career change,” Warren said. “It’s also beneficial for businesses because they create a steady pipeline of skilled workers into their companies.”

“I want us to be the national leader in those sectors because not only would it cut down on greenhouse gases, would it produce good paying union jobs, but also it would bring billions to our state budget that would give funds for early childhood education, after school programs, transportation infrastructure, community centers and more,” Warren said.

On jobs, Warren noted that he supports a $15 minimum wage statewide, adding that he’d advocate for the planned wage increase to go into effect sooner. Minimum wage in Virginia is slated to increase incrementally each year to reach $15 per hour in 2026.

“We’re competing nationally — Maryland and [Washington, D.C.,] have higher minimum wages than we do,” Warren said. “We need to continue to make Virginia competitive, so we can stop brain drain from majority parts of our state’s where our best and brightest both leave [Virginia] for better opportunities elsewhere.”

Part of Warren’s plan for economic growth includes fully funding historically Black colleges and universities and other minority serving institutions. Warren noted that his campaign has visited every HBCU in Virginia, adding that supporting the institutions is an aspect of his plan to further racial equity statewide.

Warren plans to advocate for law enforcement to recruit “intentionally,” ensuring that police departments are representative of the communities they serve. He will support investments geared toward promoting equity among K-12 schools.

To get his agenda across in the lieutenant governor’s office, Warren said will bring his diverse life experiences to committees to represent all swathes of Virginia.

“I’m coming at this as a concerned Virginian, someone who has lived and worked in both rural and urban Virginia, someone who graduated from a public school and minority serving institution,” Warren said.

Warren noted that the lieutenant governor’s responsibility to serve on various state boards will allow him to promote new business and economic development initiatives beyond raising taxes.

He added that now — as Virginians continue to get vaccinated against COVID-19 — is the time to advocate for substantial progress when it comes to racial, economic and environmental justice.

“The biggest opportunity for change is always following a crisis,” Warren said.