You had questions about trees in Charlottesville. We got some answers. 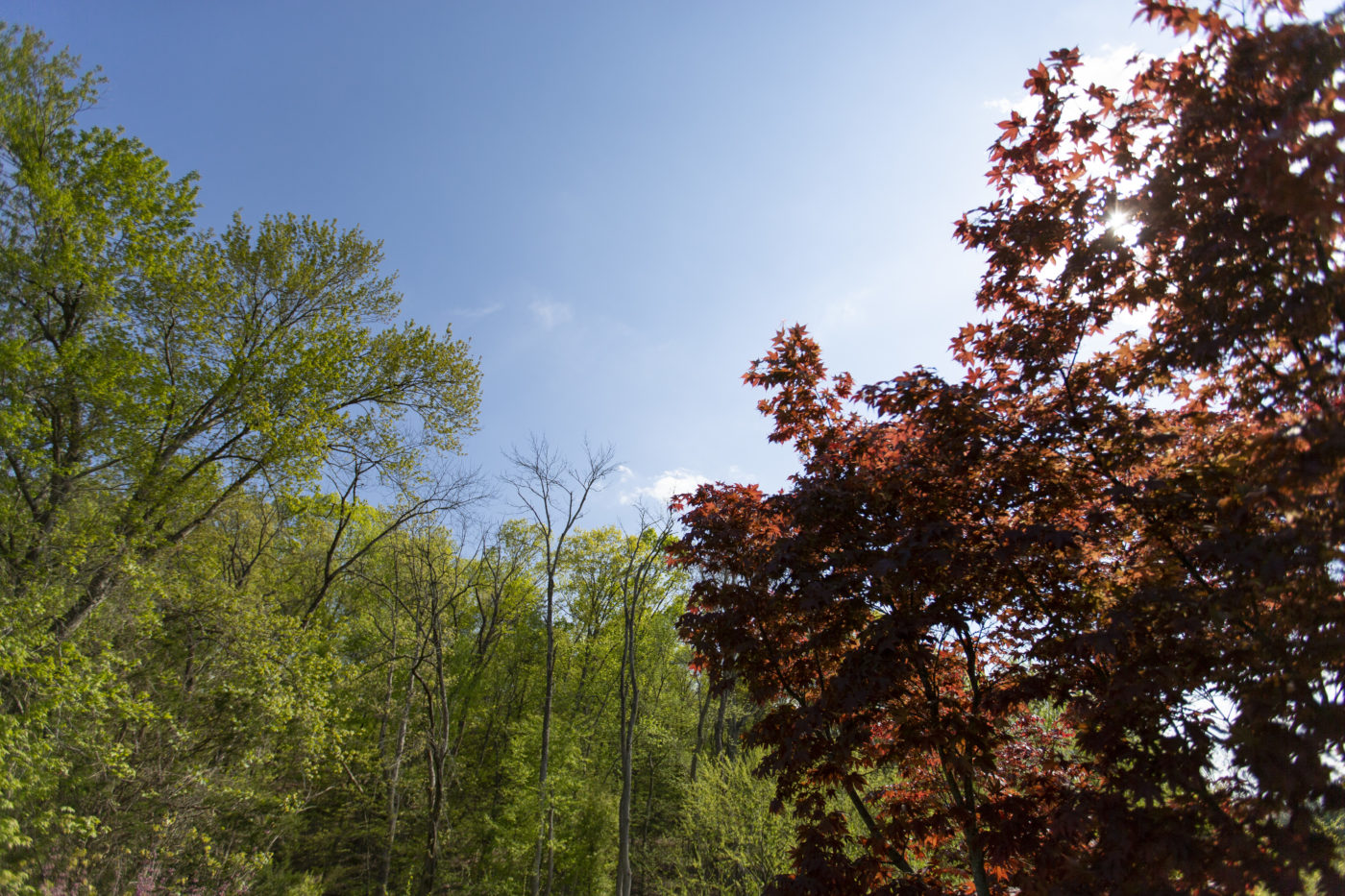 Charlottesville’s urban tree canopy has shrunk in recent years and some areas of town have felt the effects more than others.

“Climate change can feel very far away in both time and place like it’s not happening here or now,” said Jeremy Hoffman, a researcher at the Science Museum of Virginia. “If you zoom in on your backyard to show how it’s affecting you, then you can explore solutions you can implement with your neighborhood and city at large.”

So that’s what we did. This spring, we reported from 10th & Page, Charlottesville’s hottest residential neighborhood, in part because it was built with fewer trees than historically white neighborhoods. Experts and advocates also told us what can be done to help, namely planting new trees and making requirements for tree canopy part of new developments.

Trees are clearly something that is both important to this community and something you all have questions about. I went on WTJU’s podcast Soundboard to begin answering some of them, and talked about how trees are related to the city’s climate goals and public health.

Here are more of the questions you asked by email and on our Facebook page, and our best attempts to answer them.

According to Charlottesville’s urban forester, Steve Gaines, the costs can “vary considerably.” Different species of trees and whether they are younger saplings or more established trees can change the cost.

In general, he said that when trees are purchased in bulk (like when Parks and Recreation does its annual planting in public spaces), the prices are reduced.

Some trees also need tubes to protect them from deer and stakes to hold the tubes in place. Bare root seedlings, which average $1 to $2, are purchased several hundred at a time, but the additional protections can cost between $6 to $8. When more established trees are planted, those average between $50 and $100 per tree, depending on the species.

Installation and maintenance costs are also factored in, Gaines added, such as mulching, removing stumps and watering.

Isn’t it a bit of a stretch to equate a lack of trees with racism?

It’s not, according to scientific experts and recent research.

A 2018 study of the urban heat island effect found that most of Richmond, Virginia’s hottest areas are where residents were predominantly people of color. Past land use and urban planning choices, along with the use of racial covenants or redlining to keep non-white people out of some neighborhoods, contributes to the lesser tree canopies we see today, said Hoffman, the Science Museum researcher, who authored the study.

A 2019 study showed the same results in areas of Baltimore, Maryland. More concrete and asphalt with less green space help create urban heat islands, where the ground gets hot. The Howard Center for Investigative Reporting explains the issue in depth. Trees and green space play a role in air quality, can absorb greenhouse gas emissions, and provide shade.

Dr. Sacoby Wilson, a professor at University of Maryland was on In My Humble Opinion on 101.3 Jamz to explain.

Wilson — also known as Professor EJ, for environmental justice — said that federal policies from the late 1950s contributed to the construction of interstates and highways throughout the country, which often cut through neighborhoods where people of color live.

“They were always by or built through our communities. Well, what does that mean? It means they wanted to get rid of you,” Wilson said.

What effect would rezoning for more density have on the Charlottesville tree canopy? Wouldn’t that make it even harder to add trees?

First, here’s a quick primer on rezoning in Charlottesville.

Keeping trees and increasing trees will take some coordination in the planning process. The already-adopted Comprehensive Plan provides guidance in its goals for protecting tree canopies, such as considering incentives and requirements for retaining or increasing trees on private lands along with preserving existing trees when streets are modified.

Jody Lahendro, who is both a Tree Commissioner and a Planning Commissioner, has some ideas for marrying density with urban forestry.

“The biggest item that affects those are the setbacks. With setbacks that aren’t large or wide enough, we’re trying to get trees and utilities all in the same place,” he said.

He said we should reconsider how we use space.

“We have some underutilized building sites where we have parking lots or one-story buildings. Those can be increased in size or replaced with larger buildings. That would improve density and still provide the space for tree canopies,” said Lahrendro.

When a tree is planted in front of my house, how much maintenance would I have to do? Couldn’t it interfere with power lines, or cause problems in a storm? What if it falls or I can’t handle the maintenance?

Good questions! The short of it is, if the tree is on public property in front of your house, the city will manage it. Parks and Recreation handles the planting, maintenance or removal (if necessary) of trees on land the city owns.

Otherwise, if you’re curious about planting and management on your property, the city has some resources that can help. You can also reach out to local landscaping and tree companies or the urban forester, Steve Gaines, for guidance on planting and maintenance Gaines said you can simply reach by email with your questions at gainess [at] charlottesville.gov.

Gaines said that tree maintenance will depend on the type of tree planted and if the planted tree was appropriate for the site.

“If you expect the tree to grow in a moist area, hopefully you can plant a tree that likes excess water,” he said. “Similarly, a dry environment should lead to selecting a tree well adapted to dry areas.”

When considering power line proximity, he suggests choosing trees that aren’t expected to grow tall enough to interfere with them.

Yes, other cities have Tree Commissions — it’s actually pretty common. Charlottesville’s commission was created in 2010 by the City Council. It’s an advisory body, which means it produces reports and makes recommendations to both Council and the Planning Commission.  Ten tree commissioners are appointed by Council for three years at a time with a maximum of two terms. There is currently an open position; here are all the members and their contact information where you can inquire if you’re interested in applying.