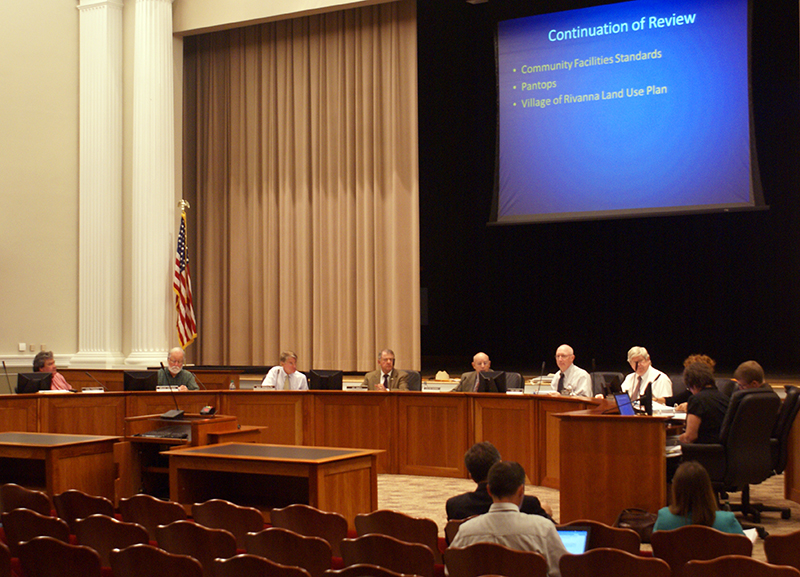 “If you feel tired, there’s a reason,” Elaine Echols, Albemarle County ‘s principal planner, told the commission. “We’ve been working on this document for two years.”

The county reassesses its plan every five years. Residents, neighborhood advisory councils, planning staff and the planning commission all take part in crafting the plan before the Board of Supervisors decides whether to adopt it.

“I am very pleased with the work we have done, although I am a little concerned that it has taken so long,” said Commissioner Calvin Morris. “There has been a ton of public input.”

Discussions have revolved around expanding land uses allowed in the rural area, reforming affordable housing and cash proffer policies and outlining a vision for the county’s southern and western neighborhoods.

But the commission’s biggest change to the comprehensive plan might be to its length.

“This plan is about half the size of … the previous one,” said Commissioner Don Franco. “Getting the plan much more readable was our priority, and I think we’ve done that.”

Franco explained that the commission trimmed the core plan to reflect the goals officials thought could be achieved in the next five years. Long-term goals, though not abandoned, had been shifted to separate sections.

“I have been jumping up and down to make sure we don’t condense too much,” said supervisors Chairwoman Ann H. Mallek . “This is a historic document that thousands of citizens have worked on over 40 years. We need to make sure that that work isn’t lost.”

Reactions to the condensed plan have been mixed.

“[The plan] has cut a lot of unnecessary redundancies,” said Morgan Butler, an attorney with the Southern Environmental Law Center. “It also better highlights and adheres to the county’s defining principles.”

Still, some thought the plan was still too long and dense.

“There are 205 pages [in the plan] and I feel like it is difficult for the average person to understand the terminology and how it will impact us,” said county resident Audrey Wellborn.

Supervisors will begin their review of the plan Aug. 14.