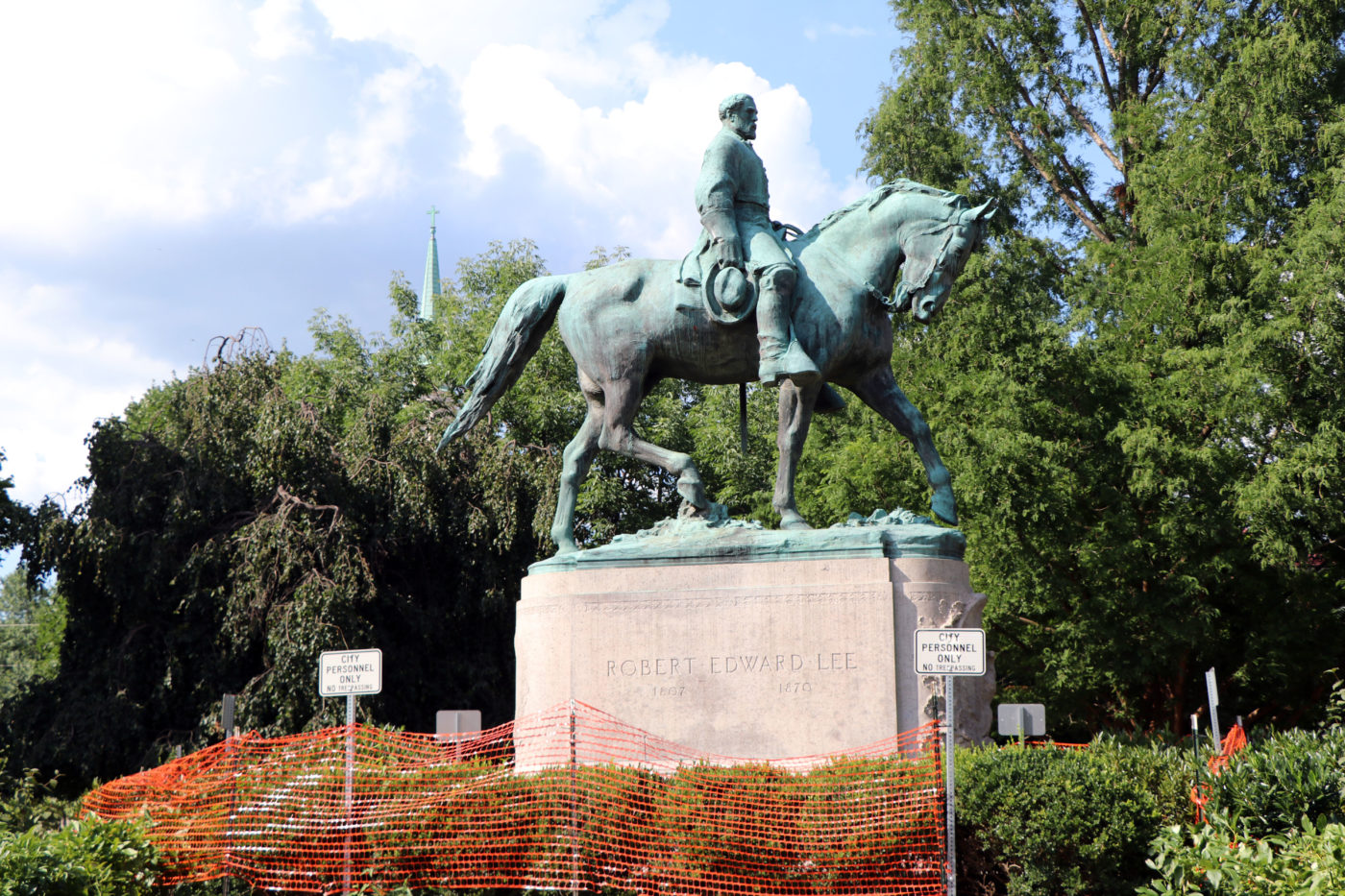 With the stroke of a pen this year, a journey that began in downtown Charlottesville could end in downtown Richmond. But any tangible results might not be seen until December.

Two bills that propose granting local governments the authority to alter, remove or relocate war memorials — House Bill 1537 and Senate Bill 183 — cleared their respective chambers in the General Assembly. Currently, the legislature is in crossover, a step in the process of bills passing in both the House of Delegates and Senate before arriving before the governor to be signed into law. As the midpoint of the legislative session, it marks the beginning of its end. It is during this portion of the General Assembly session that similar bills are reconciled, the process of creating a singular bill that clears both houses.

“This bill does not move any monuments and memorials by itself,” said Del. Sally Hudson, D-Charlottesville. “All it does is bring that decision back to localities where it belongs, rather than keeping it in Richmond. For us, it’s about this painful process we’ve been through and retelling the history of our community truthfully, but it is not imposing some historical viewpoint on any other community. It is just about letting other communities do that for themselves.”

“The city is encouraged by the progress being made on legislation that would grant local control over the statues in our parks,” said city spokesman Brian Wheeler. “The City Council identified passage of this legislation as a priority in its 2020 Legislative Positions. Should legislation be signed by the governor, the city will identify the procedural steps it needs to complete in order to remove the statues of Robert E. Lee and Stonewall Jackson from its public parks.”

As Democrats have seized control of the legislative and executive branches in Virginia, they are optimistic that a war memorial bill will become law. But first, slight differences between HB1537 and SB183 must be reconciled.

While both the House and Senate bills would grant local governments the ability to determine the fate of war memorials, Hudson said she feels the Senate version would delay the efforts some localities like Charlottesville have already undertaken.

“The thing is that the Senate bill includes a lot of additional wording for what a community has to do before they can exercise their right to remove or alter a memorial,” Hudson said. “They’re very prescriptive and all of the communities that have talked seriously about exercising that right have done some things similar and just as serious voluntarily. They’re being very rigid about prescribing a level of review that the community [Charlottesville] is already doing.”

Rich Schragger, a constitutional law professor in the University of Virginia School of Law, agreed, saying that “it seems that the Senate bill is intended to place as many barriers in the way of removal, while paying lip service to local control.”

“The Senate bill provides for local control, but only in the most attenuated way,” he said. “The procedural requirements and the ⅔ vote requirement are significant barriers to local governments seeking to remove monuments; it allows a minority of the city council or local governing body to control the outcome. … Indeed, the Senate bill is probably the most restrictive way of limiting local authority in this area short of failing to amend the statute at all.”

SB183 states that a locality would need to pass a resolution on removing a memorial and that would be followed by a formal request to the Virginia Department of Historical Resources, which would prepare a report on the item slated for removal within 90 days at the locality’s expense. That then would lead to a 30-day waiting period before a public hearing and another 10-day period after the public hearing before an official vote on removal. This would be followed by another 30-day period where a locality would have to offer the monument to a museum, historical society, government or battlefield.

“These processes have to be followed, despite the fact that Charlottesville has already engaged in an extensive review process and the City Council has already voted to remove the Lee and Jackson monuments,” Schragger said.  “That means that even if this bill is adopted, after the bill becomes effective on July 1, 2020, Charlottesville would likely have to wait a minimum of 160 days (depending on how quickly the state finishes its report) before actually removing the monument. Indeed, I expect it would take much longer than that.”

HB1537 only requires the 30-day period to offer the monument to a museum, historical society, government or battlefield.

“That would allow for a more speedy removal,” Schragger said, “though again, the fact that Charlottesville has already engaged in an extensive process would not matter.”

During crossover, there will be a conference committee, which Hudson said she hopes to be a part of, that will address the language of the bills ahead of the procedure for final passage.

As this process began to wend its way through the Capitol, Charlottesville once again was cast into the national spotlight when a smaller memorial was uprooted.

Earlier this month, Richard Allan  confessed in C-Ville Weekly that he removed the slave auction block marker in Court Square. He said he took it because the small plaque set into the brick sidewalk was not a fitting tribute to the enslaved people in the city and Albemarle County.

University of Virginia professor Jalane Schmidt and Jefferson School African American Heritage Center Executive Director Andrea Douglas have lead tours of Court Square to contextualize the history and details of various historic markers and memorials. The scholars have stepped over the marker during the tours to note how easily it can be overlooked.  On many instances, Charlottesville residents have left flowers at the site or scribbled over the word “slave” in the plaque’s text to replace it with “humans” and written 1619, the year the first Black slaves were brought to the British colony of Virginia, in chalk nearby.

The recent developments surrounding the plaque reiterates Hudson’s belief that the community is ready for change.

“I do think the latest news on the slave block demonstrates that Charlottesville has an appetite for reckoning with public history,” she said.